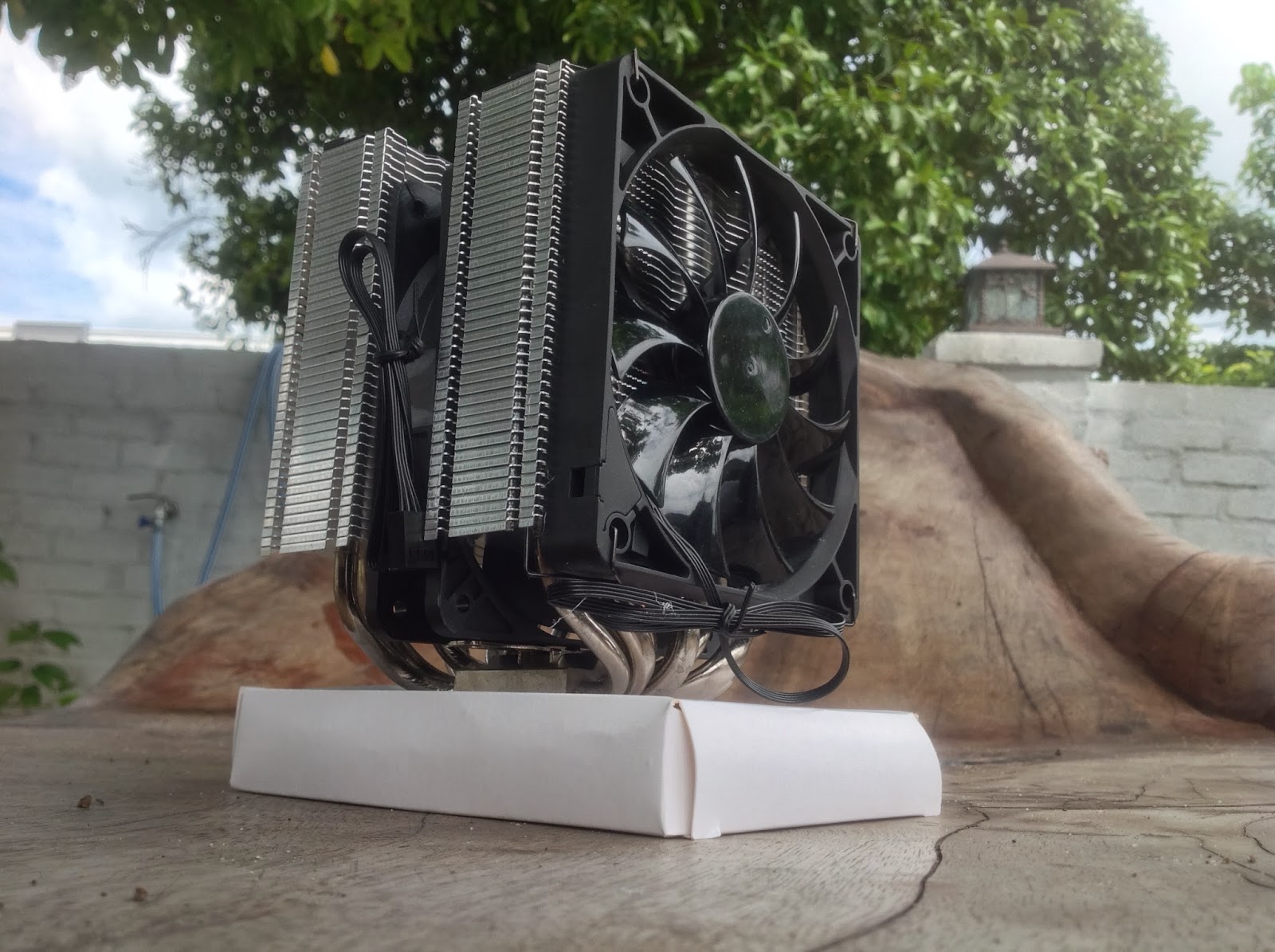 It’s been a while since the last time we’ve been dealing with air coolers ever since the self-contained liquid cooler started invading the PC building scene. Today in our review, we have something rather interesting with us, The Black Edition CPU Cooler by GELID Solutions.
GELID Solutions is like a hermit in the PC cooling scene and isn’t much aggressive in pushing their products over the years, but for those who have tried their product will know the real deal. Not known to the majority of the local builders who have just getting started to join the scene, GELID Solutions is pretty much known only by those who have been in the scene for years.
Priced at 77.99 US Dollar at NewEgg along with a twin tower design, is the ace of GELID Solutions really something worth investing for if you’re still into the air cooling league? 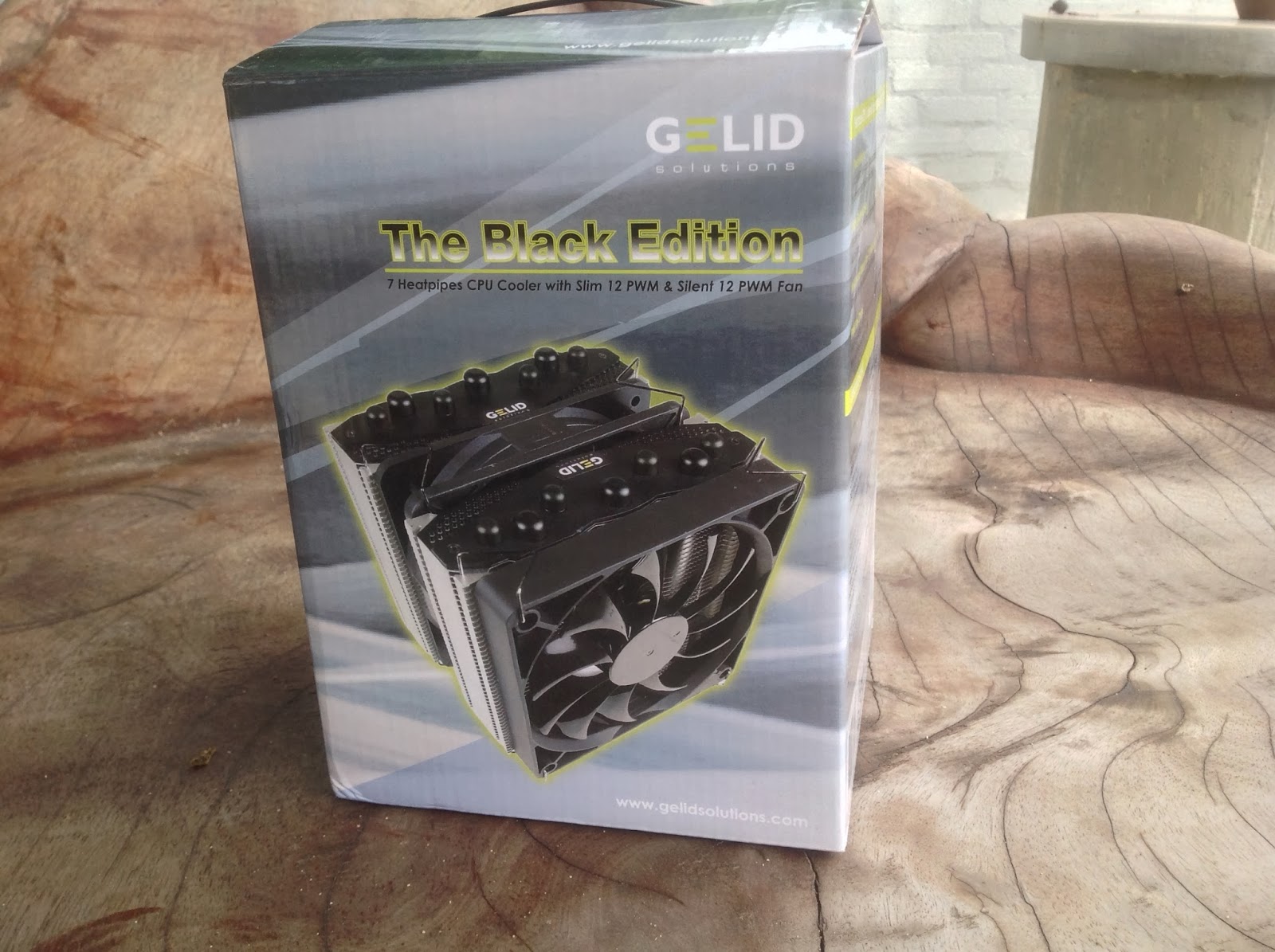 Our first glance at the packaging, pretty compact and straight forward design along with the details without any unnecessary elements on the box. 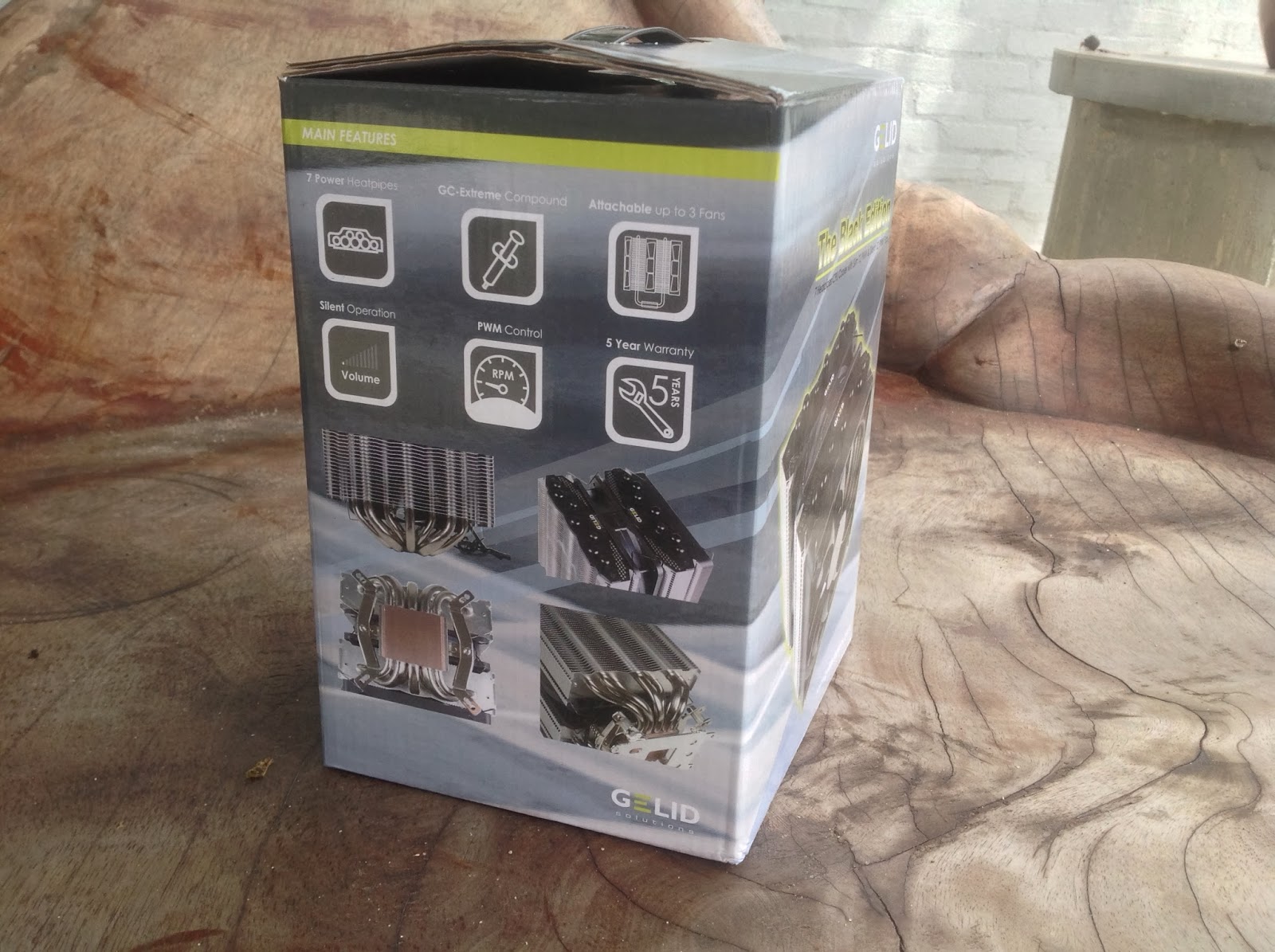 From the side of the box is some pictures of the product from several angles and features of the product. The Black Edition comes with a warranty of 5 years, which is a pretty attractive offer as not much air coolers we’ve come across offers warranty this long! A good approach for large heatsink like this, the main body of the Black Edition is flanked by two pieces of foam that help to absorb shock that will damage the heatsink. 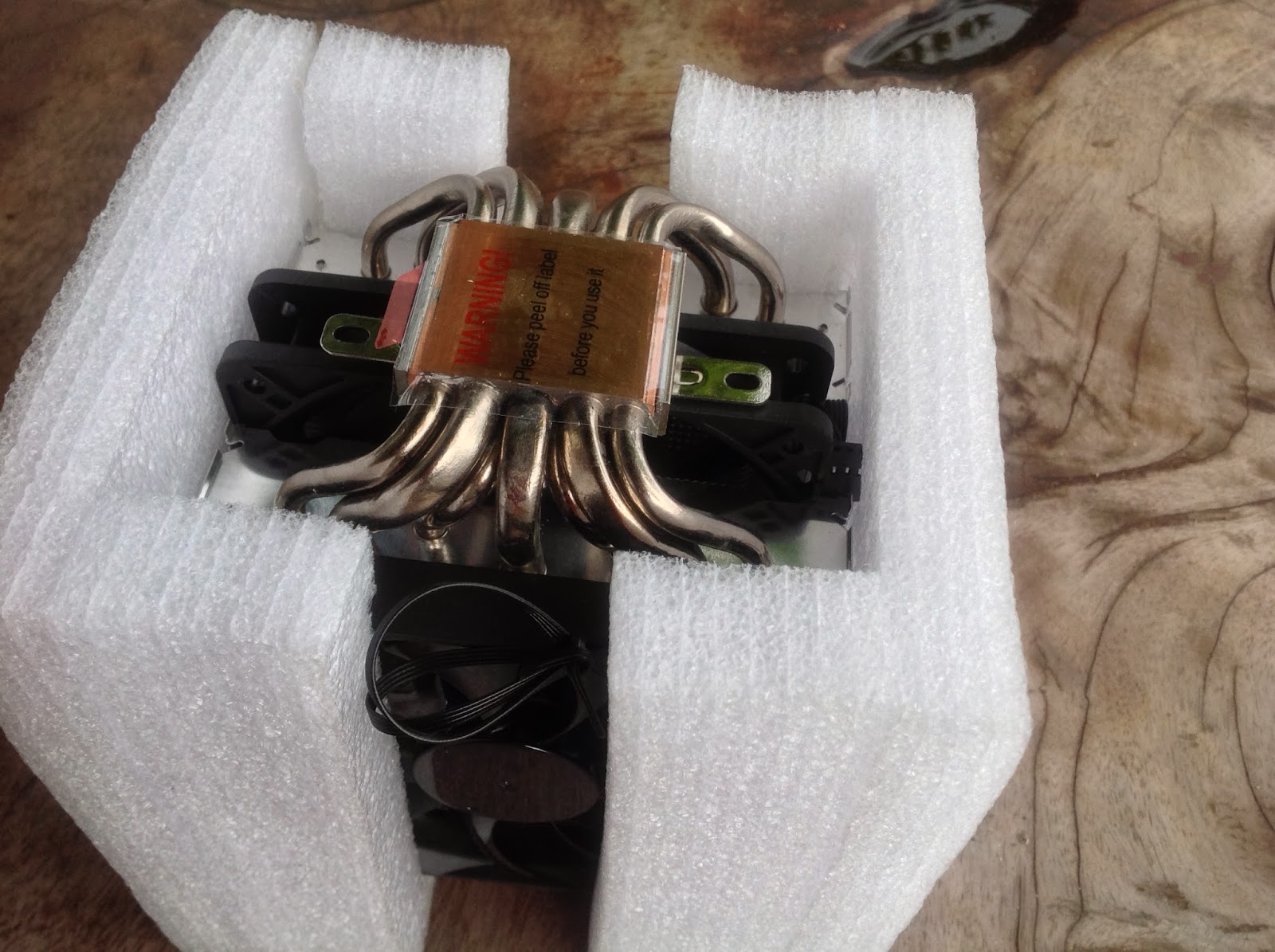 The Black Edition has a smooth copper base and 7 large heat pipes on each side of the tower. The basic idea here is that the heat is absorbed by the copper plate and then transferred to the fins via these heat pipes to be dissipated – having more heat pipes helps to transfer the heat through multiple paths hence, giving a better cooling performance. 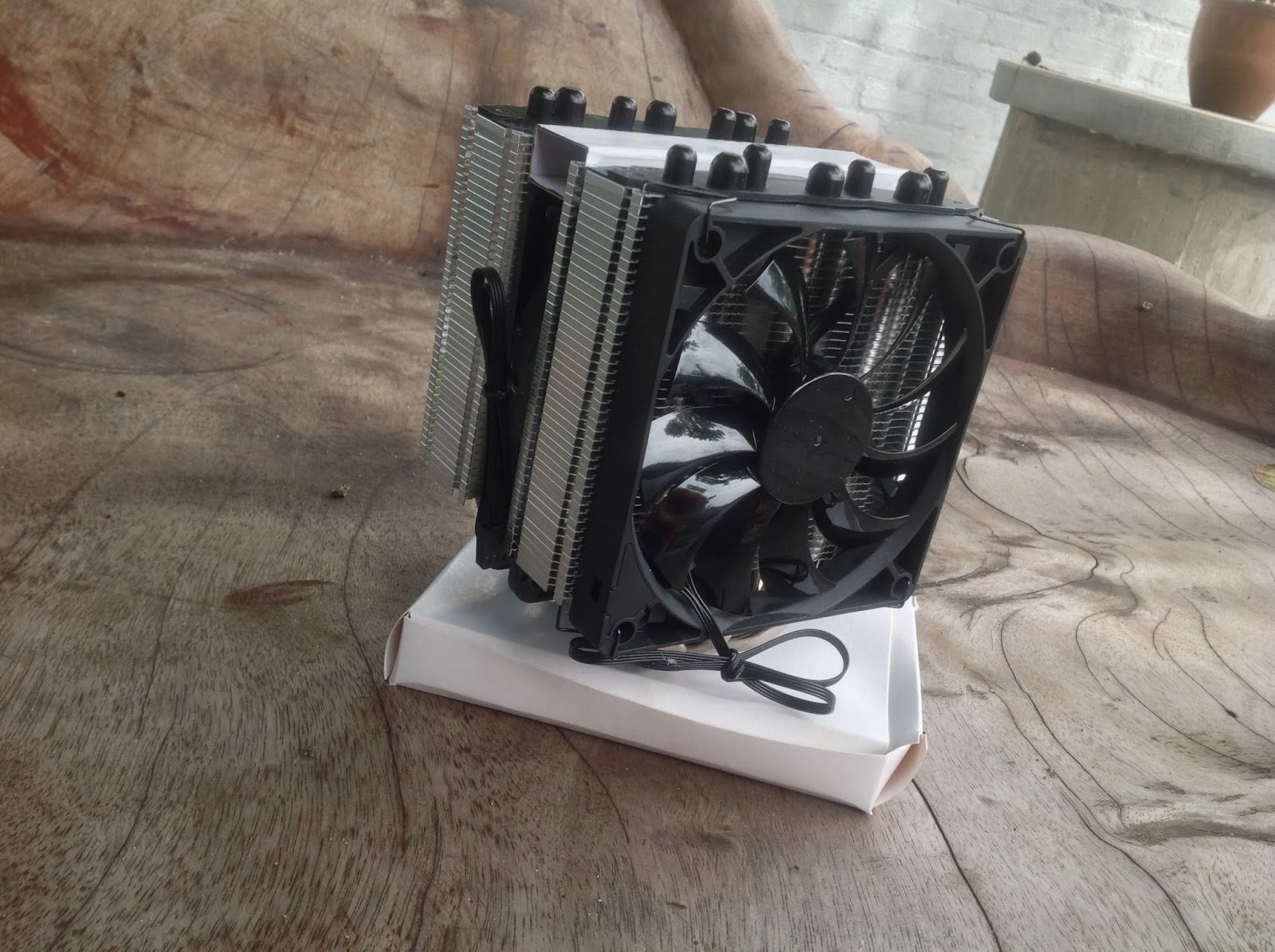 Leaving its protective foam, here rise the Black Edition. It isn’t really that black as its name actually, other than having black colored fans and the black colored top cover for each side of the tower. 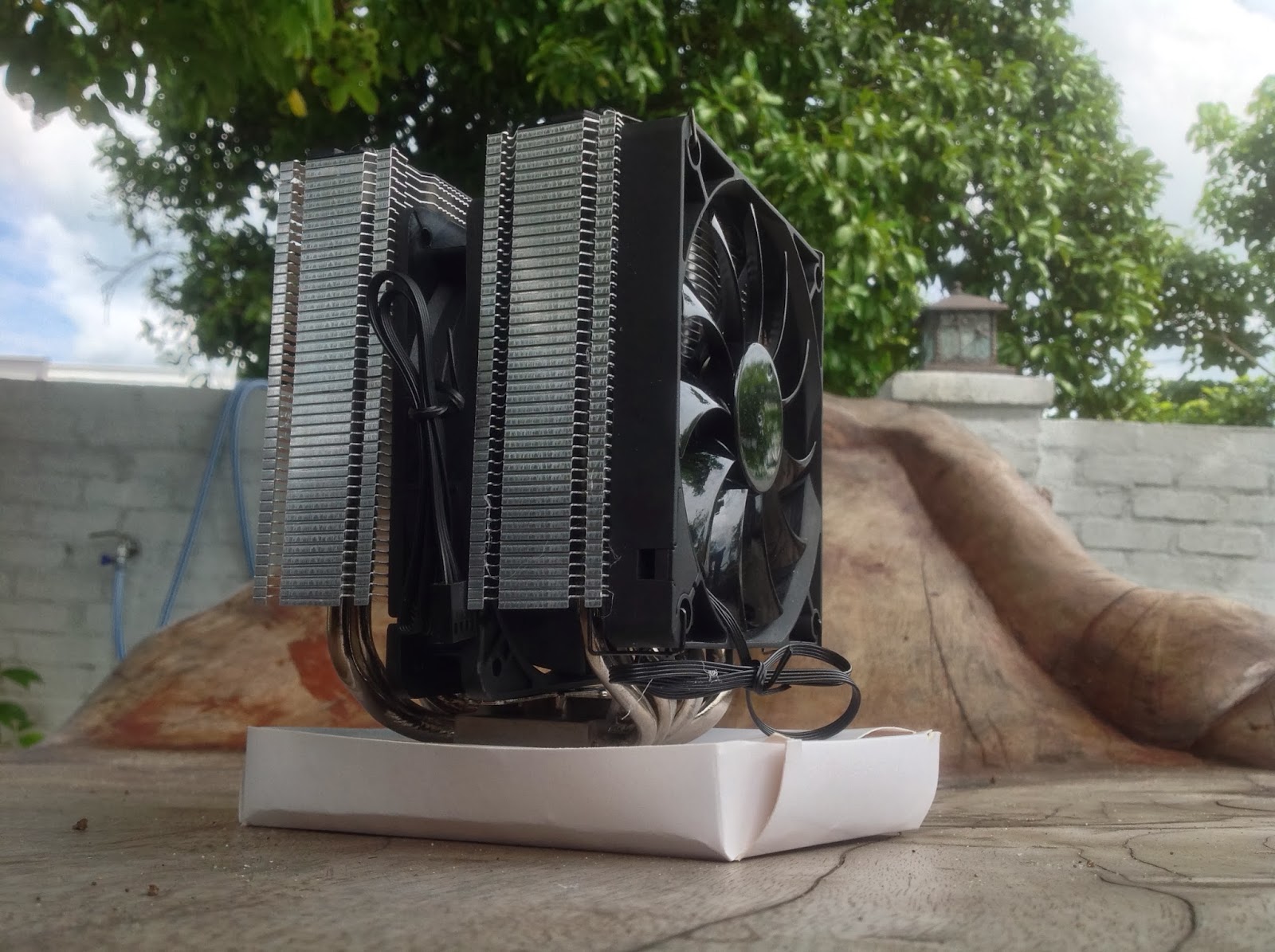 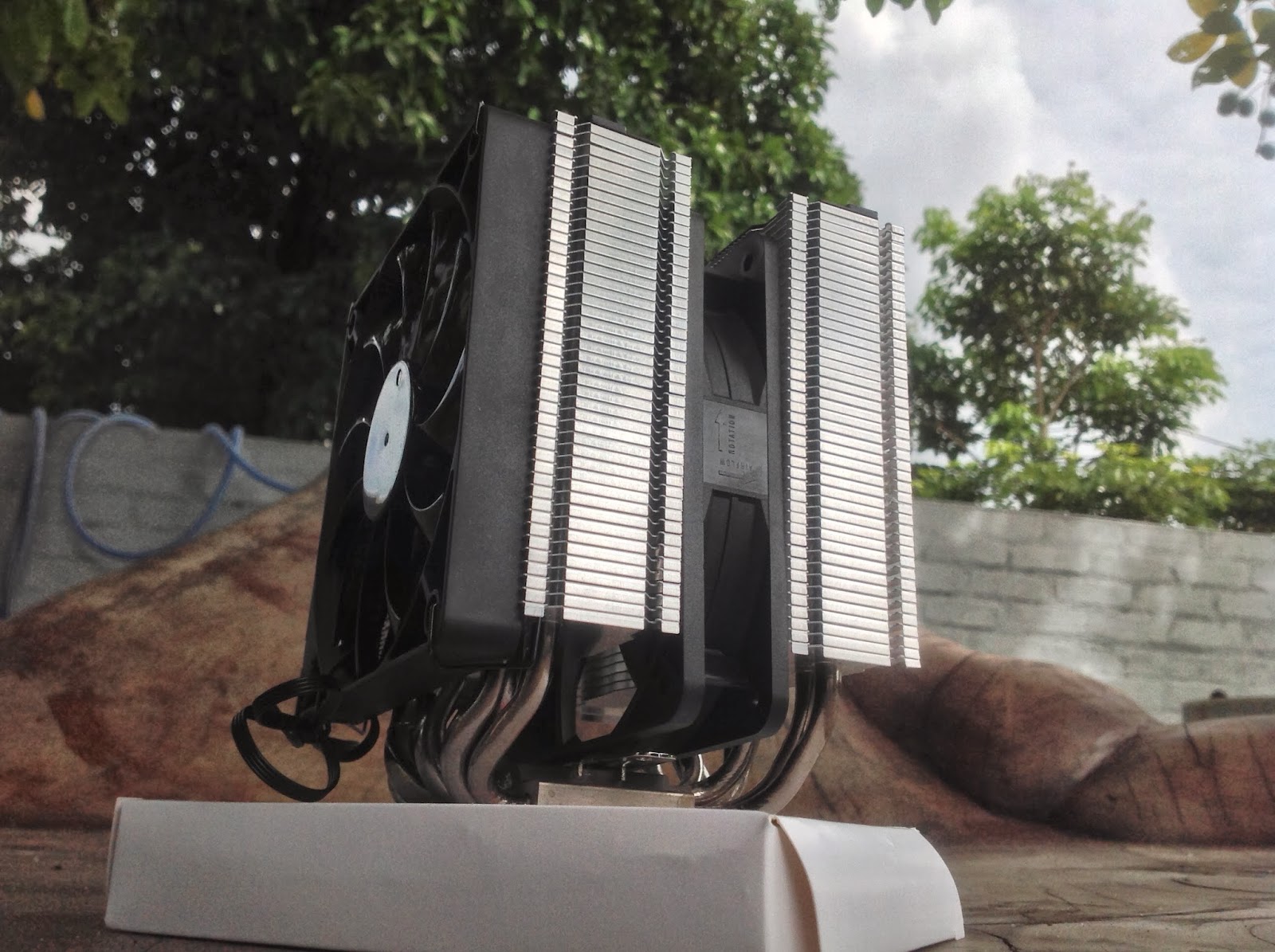 From the side, we can see that there’s something different about the tower compared to most conventional twin tower air cooler we’ve seen so far. The side of each tower is covered for a more directed airflow through the fins in a straight line, it is unlikely for the head to escape from the side with this design. 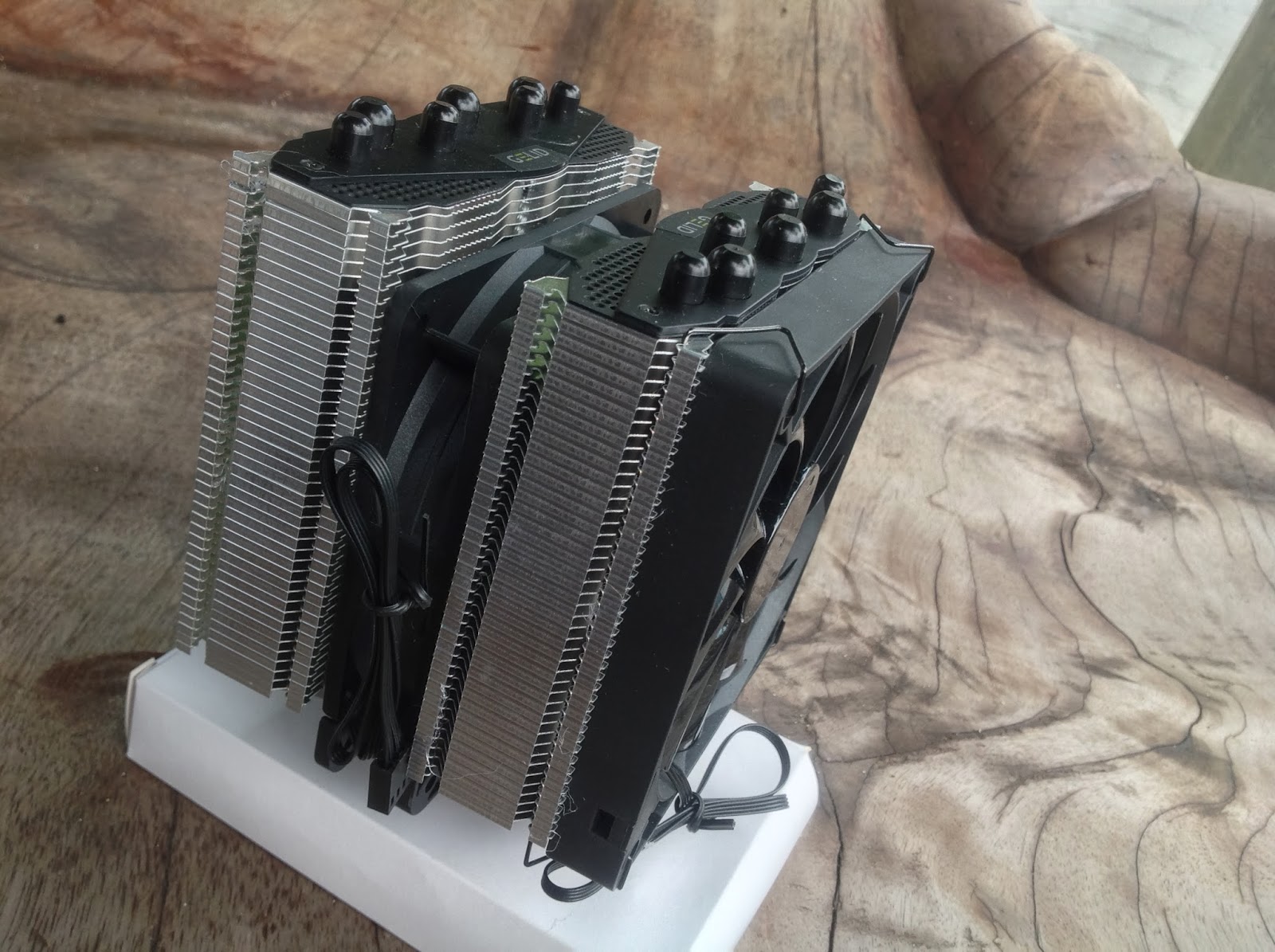 Comes with the box, there’s two PWM fans included with the Black Edition. 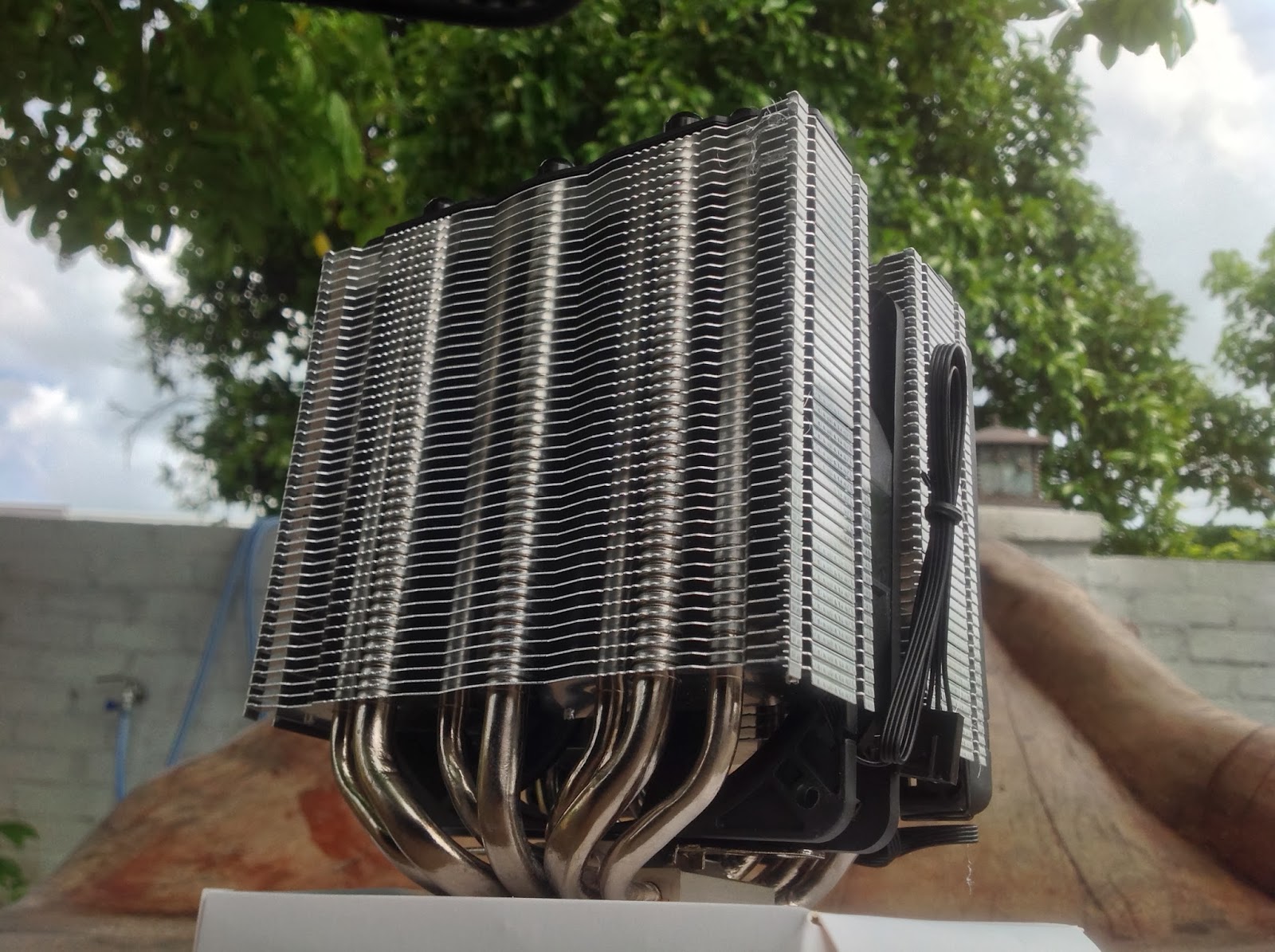 A view from another angle and you can see how dense the heatsink actually is. This is really good as better performance is expected and the directed airflow design where the side of the fins is covered is an additional point to it. 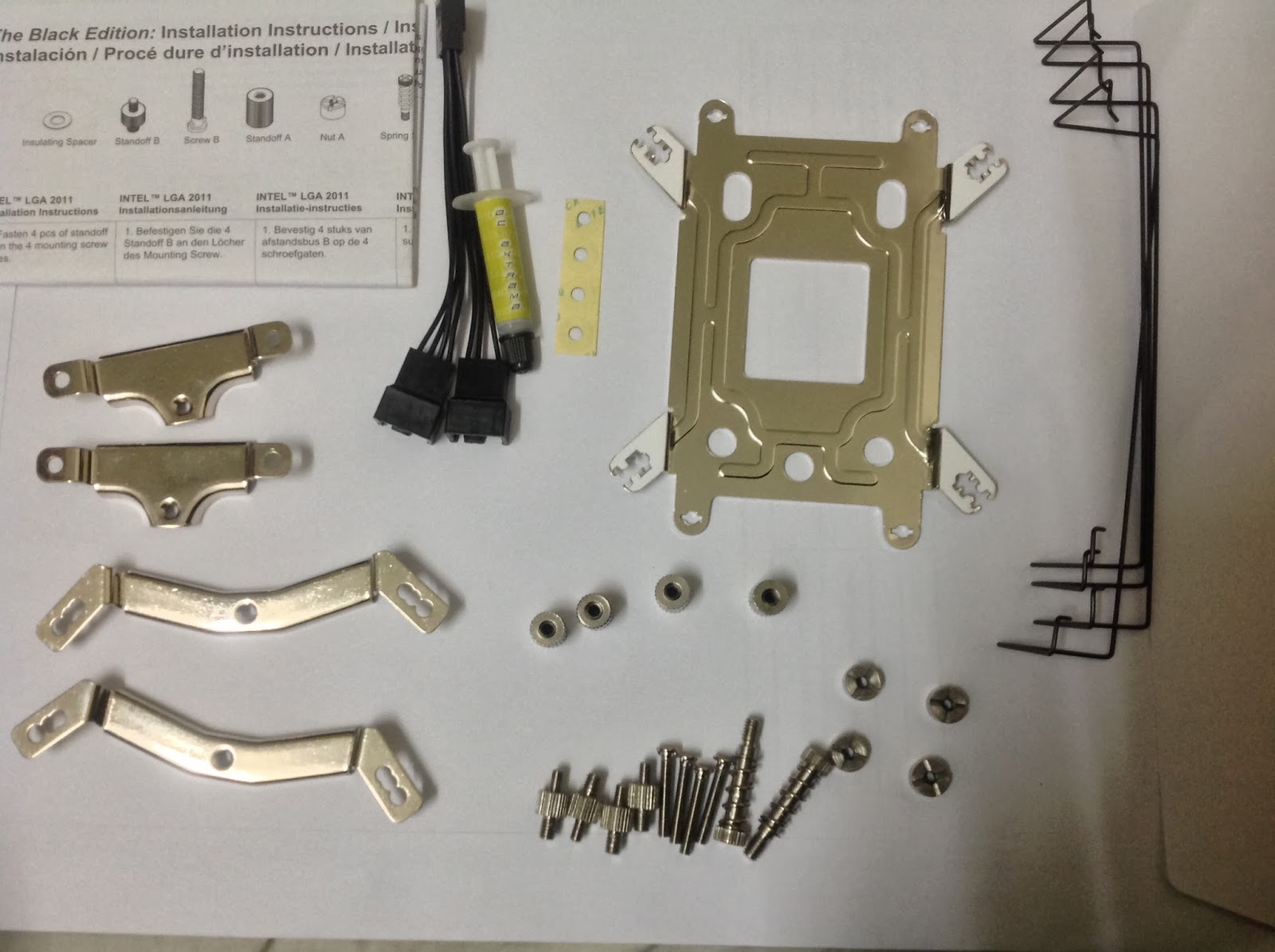 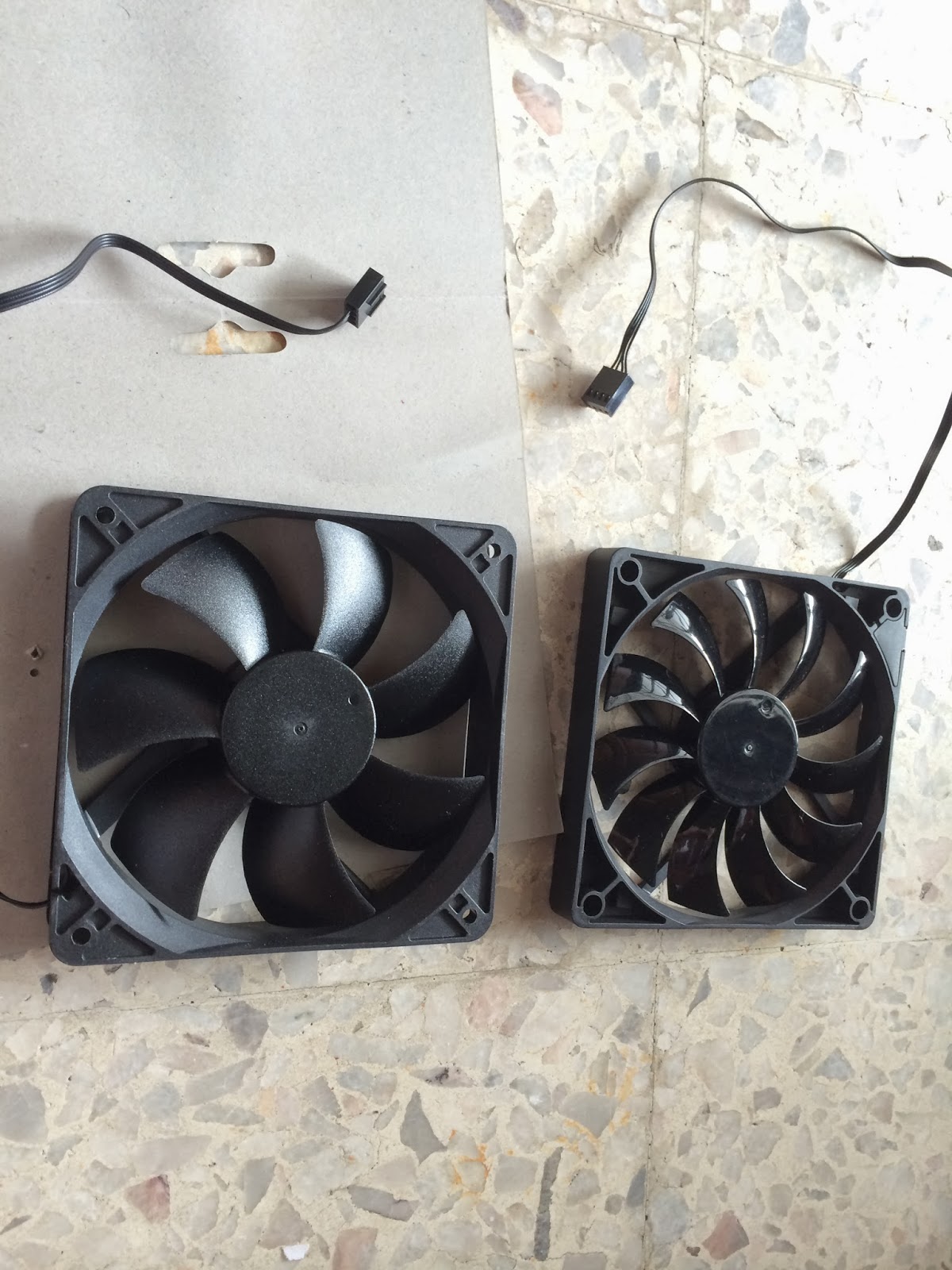 The thicker PWM fan seems like a pretty normal fan but the slim type fans is really something we’d say, one of a kind. 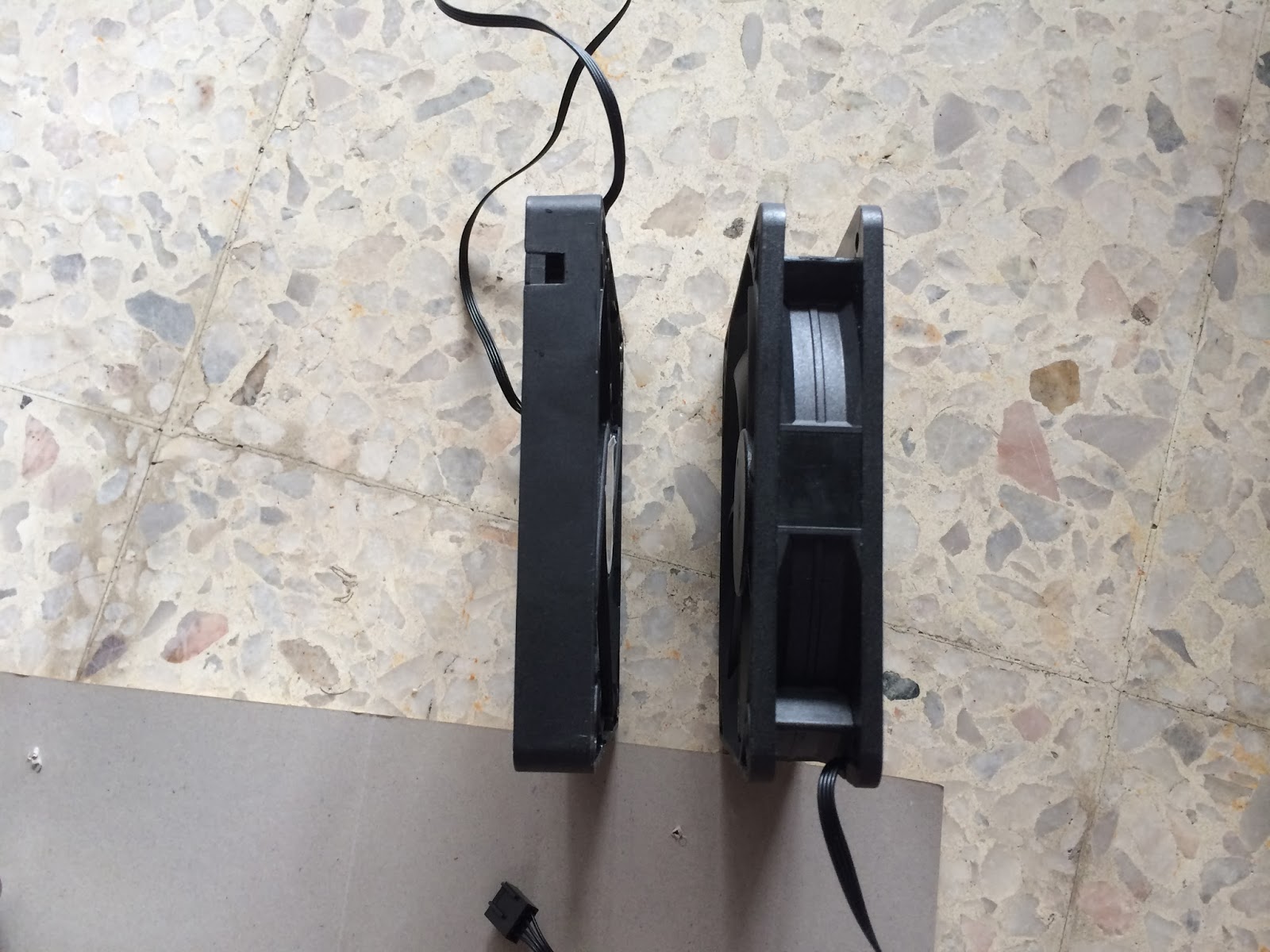 you can see the difference in thickness of the fan, the slim type fan is like 3/5 of the standard ones. 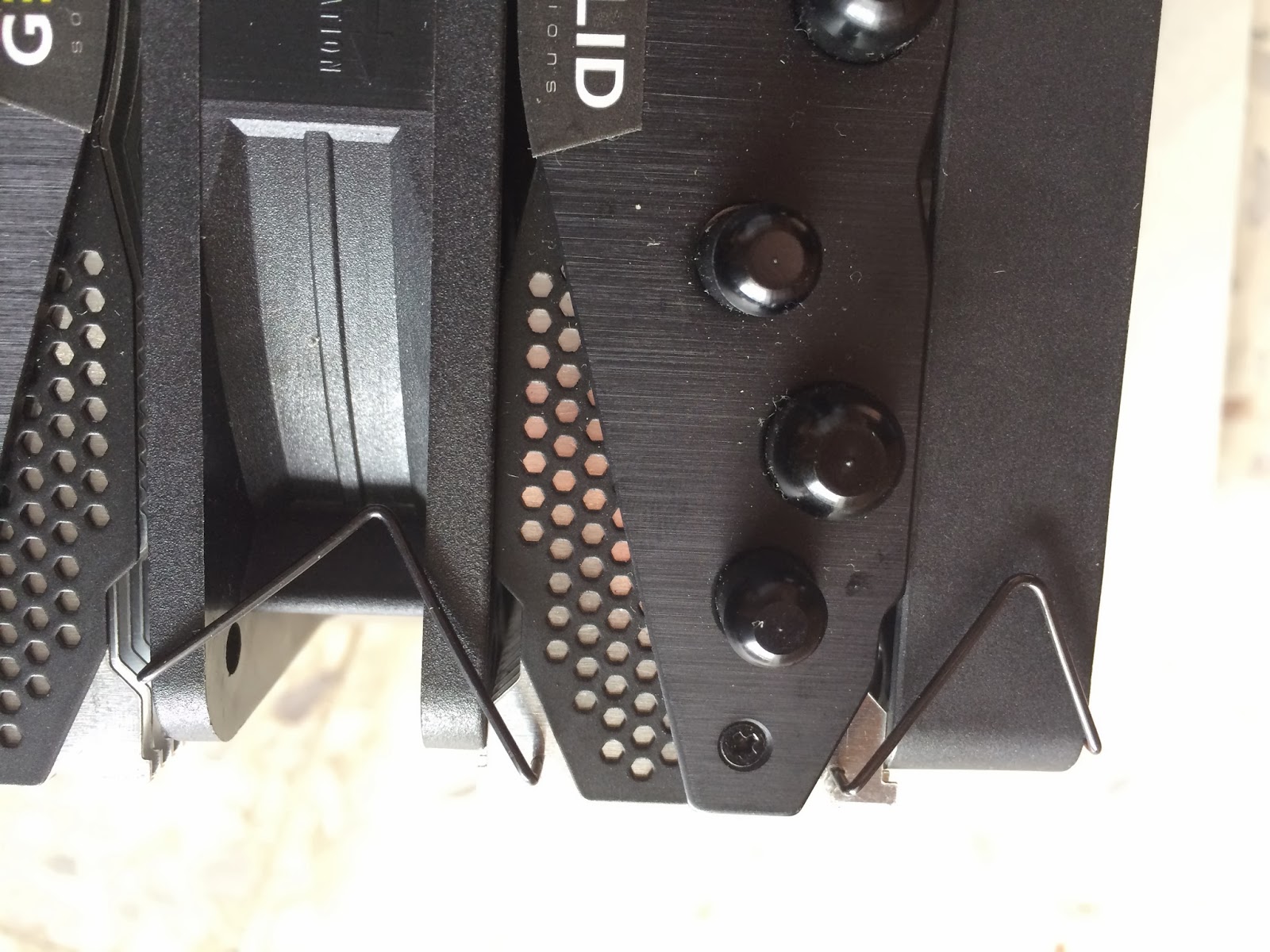 The fan is held firmly on the heatsink by the fan clip included. Installation might be a little tricky for those who never in their entirely dealing with fan clips though. 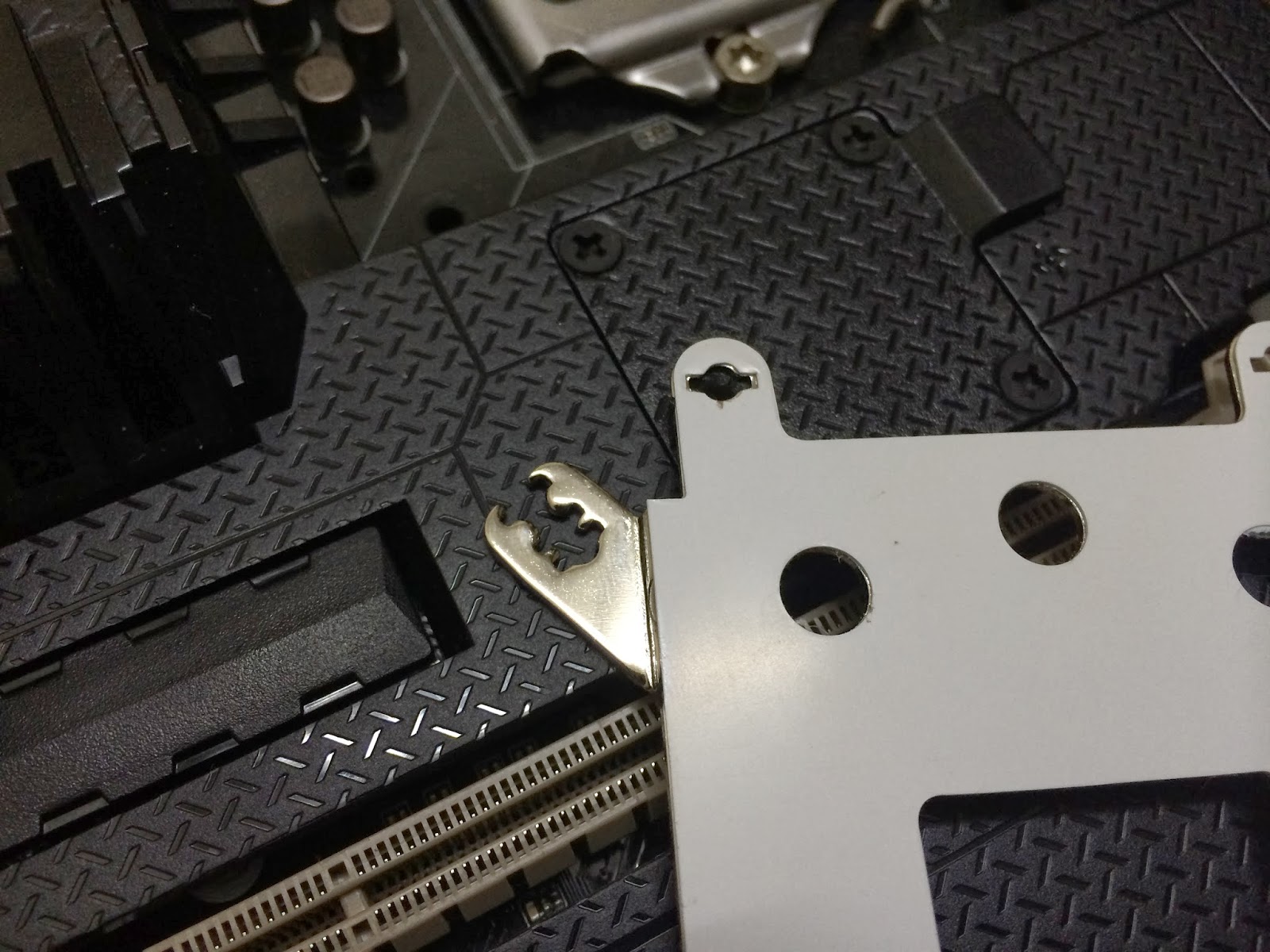 As we only have an Intel system with is, the installation will be covering Intel-based CPU. The backplate comes with a specially designed slot where the outermost part is for 1366/2011 socket, following by 1155/1156/1150 socket and lastly the 775 socket. 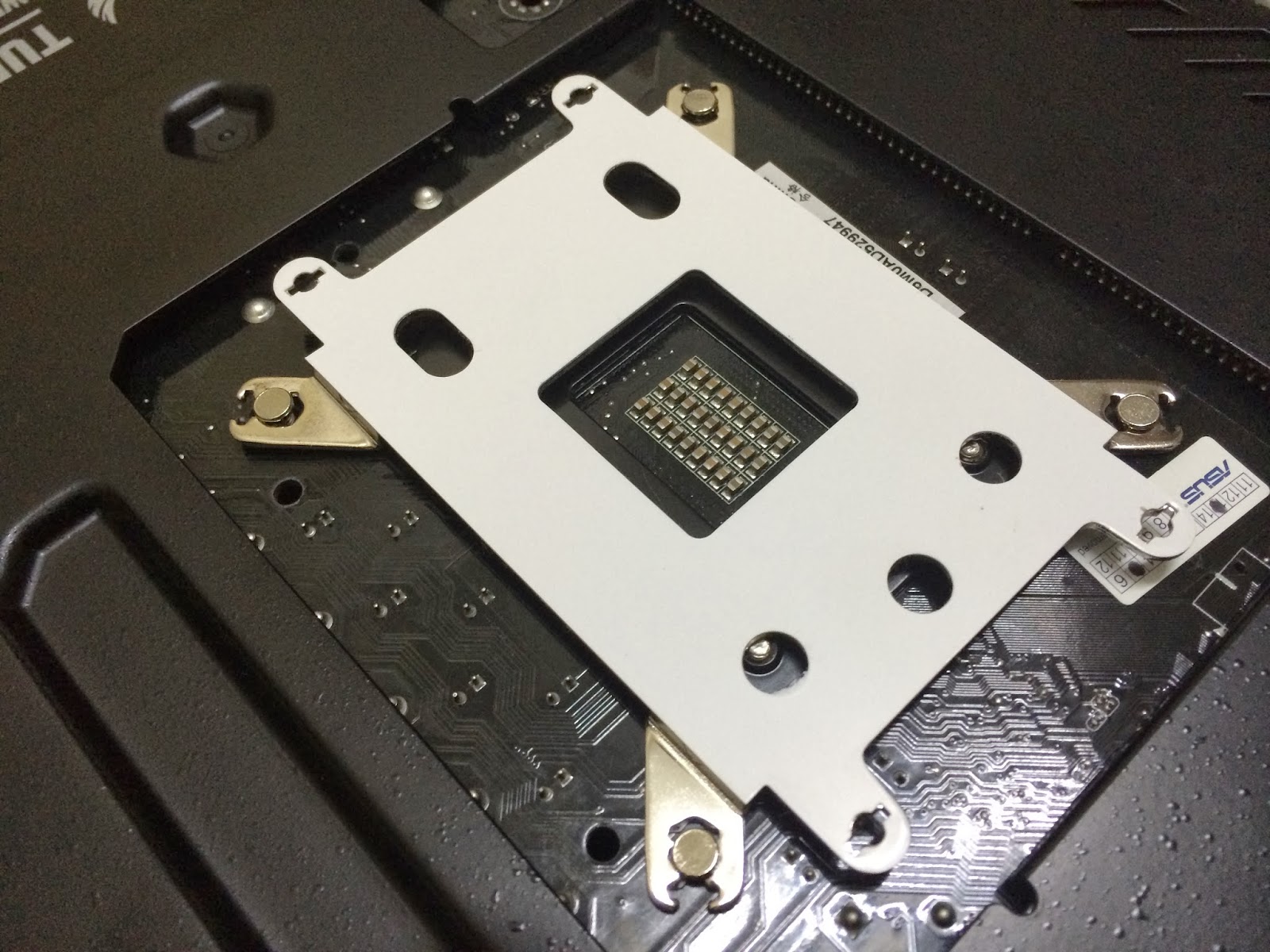 The slot is really well designed as the help to keep the mounting screws in place, no extra work and hassle-free. 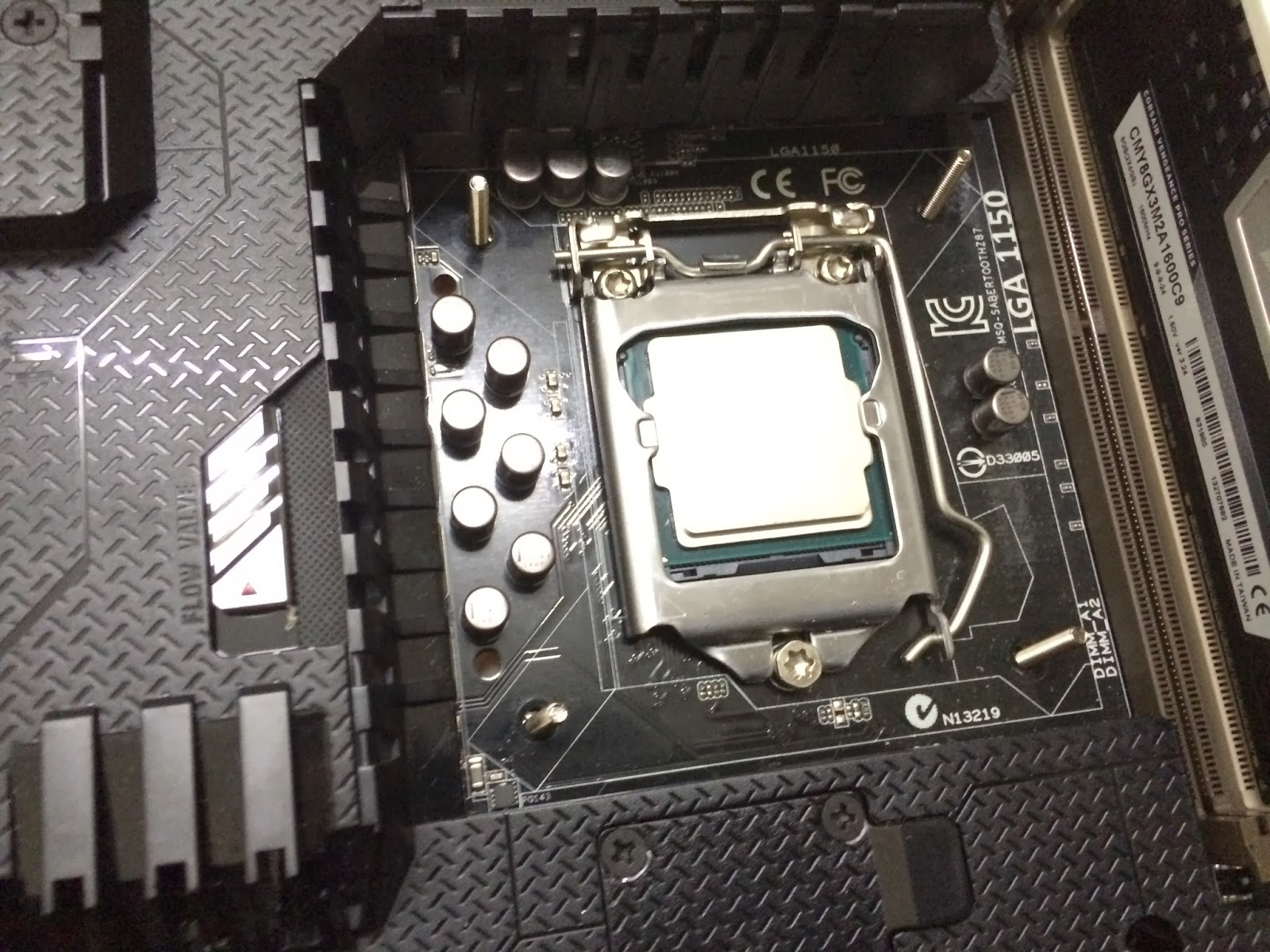 once the backplate and the screws are firmly held in place, this is how it looks like from the front view. 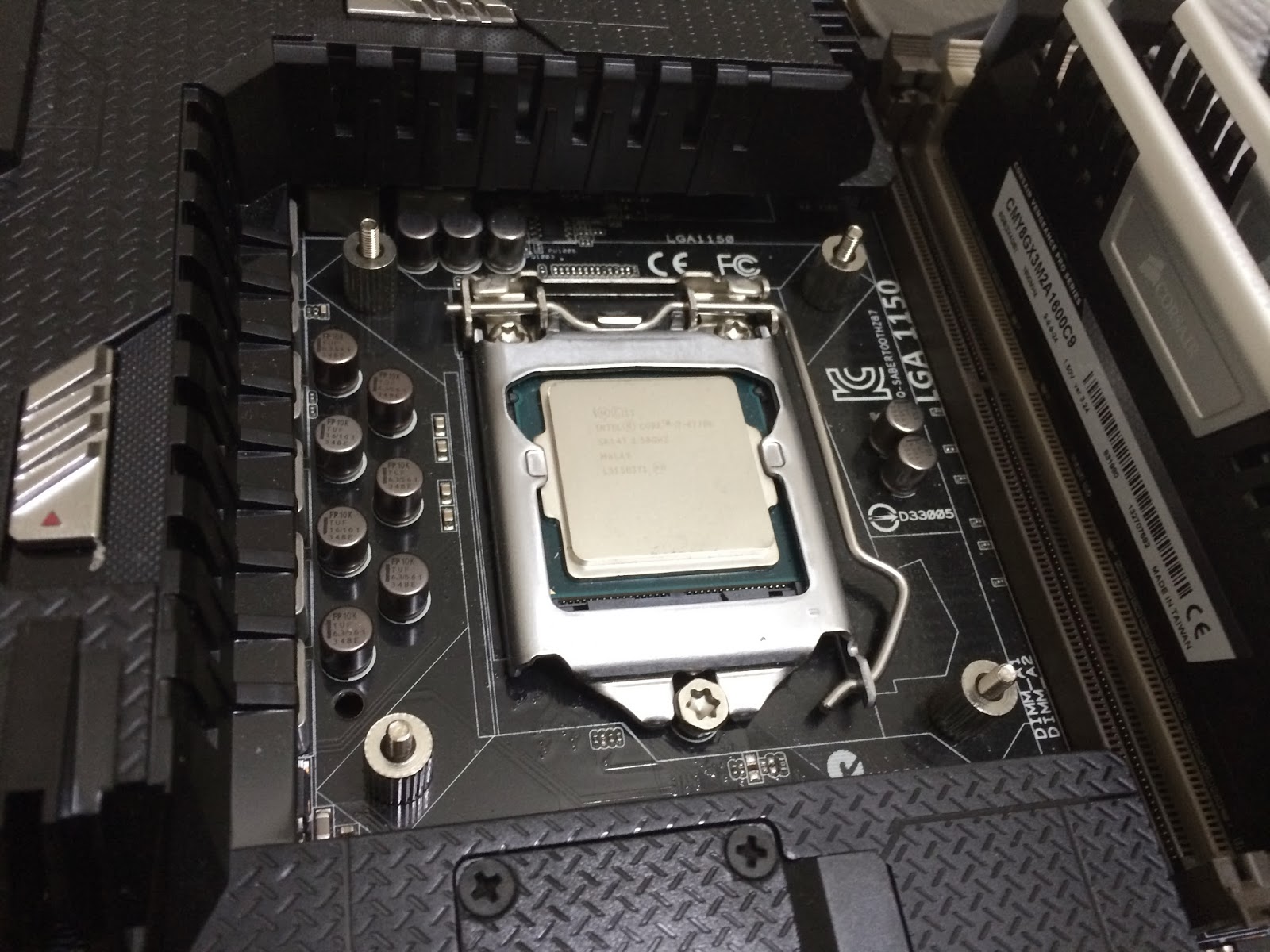 The screws are then secured using these thumb nuts included with the packaging. 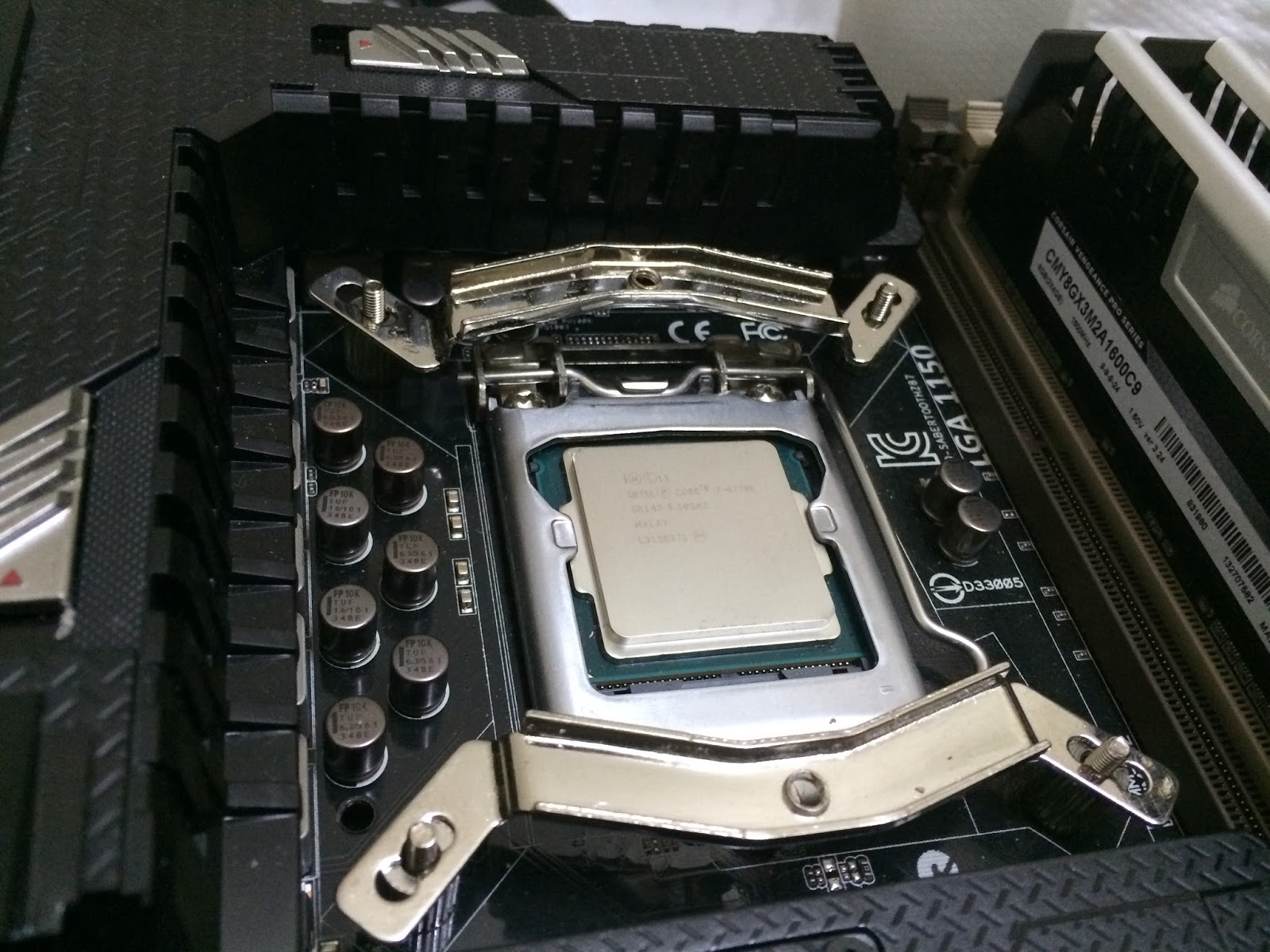 After the thumb nuts are secured firmly, you can place the bracket on. There’s also given slots for the different socket on the bracket, there won’t be any issue having it to stay in place. 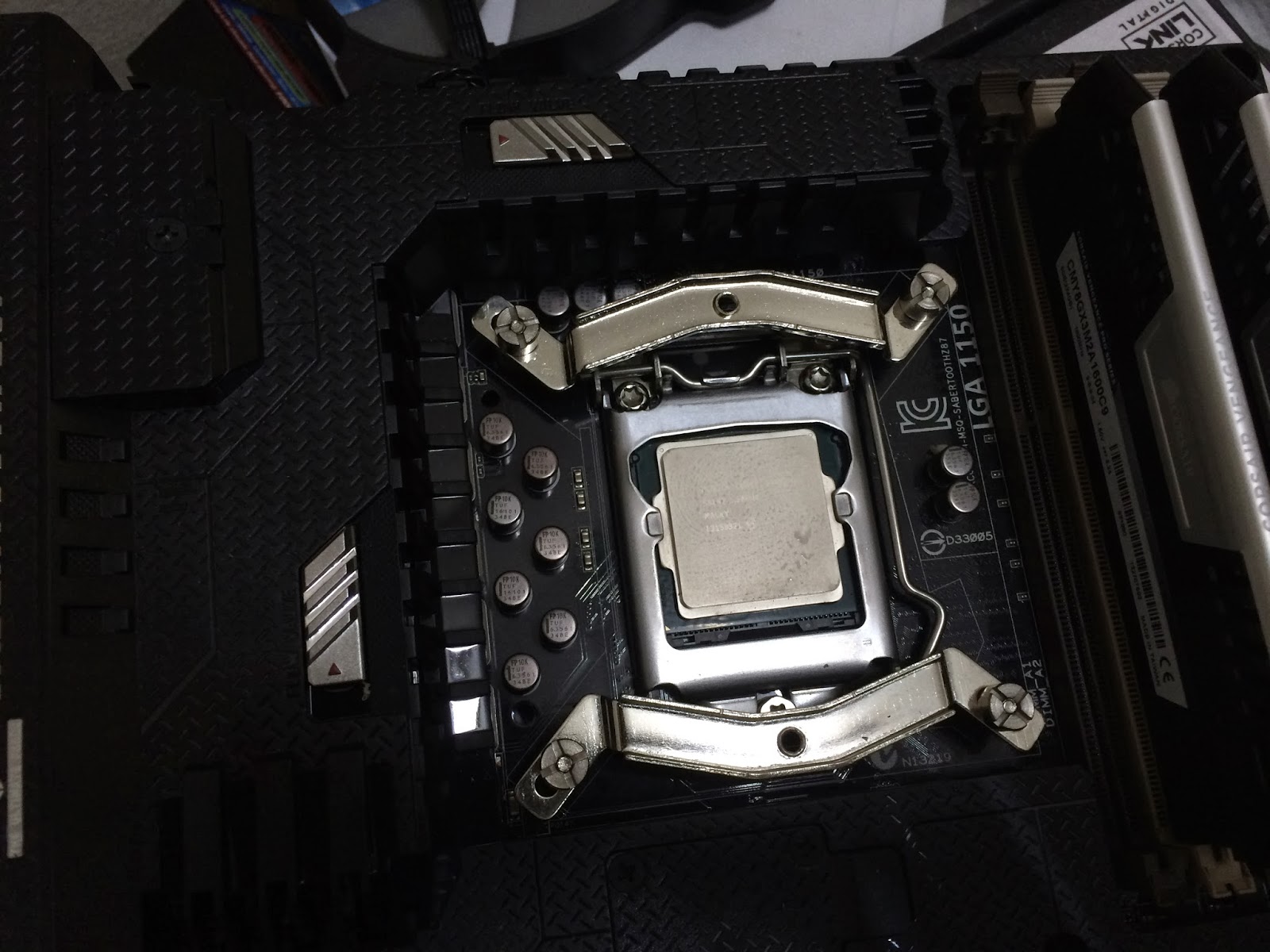 After the bracket is placed on, secure it with the other thumb nuts and this is how it’ll look like after the work is done. After applying your thermal compound, you will need to hold the entire heatsink firmly and secure it using a pair of screws with springs on it.  Align it properly and fasten it with some additional force applied so that the screws can reach the hole below, a long screwdriver will help to keep the installation easier of course. 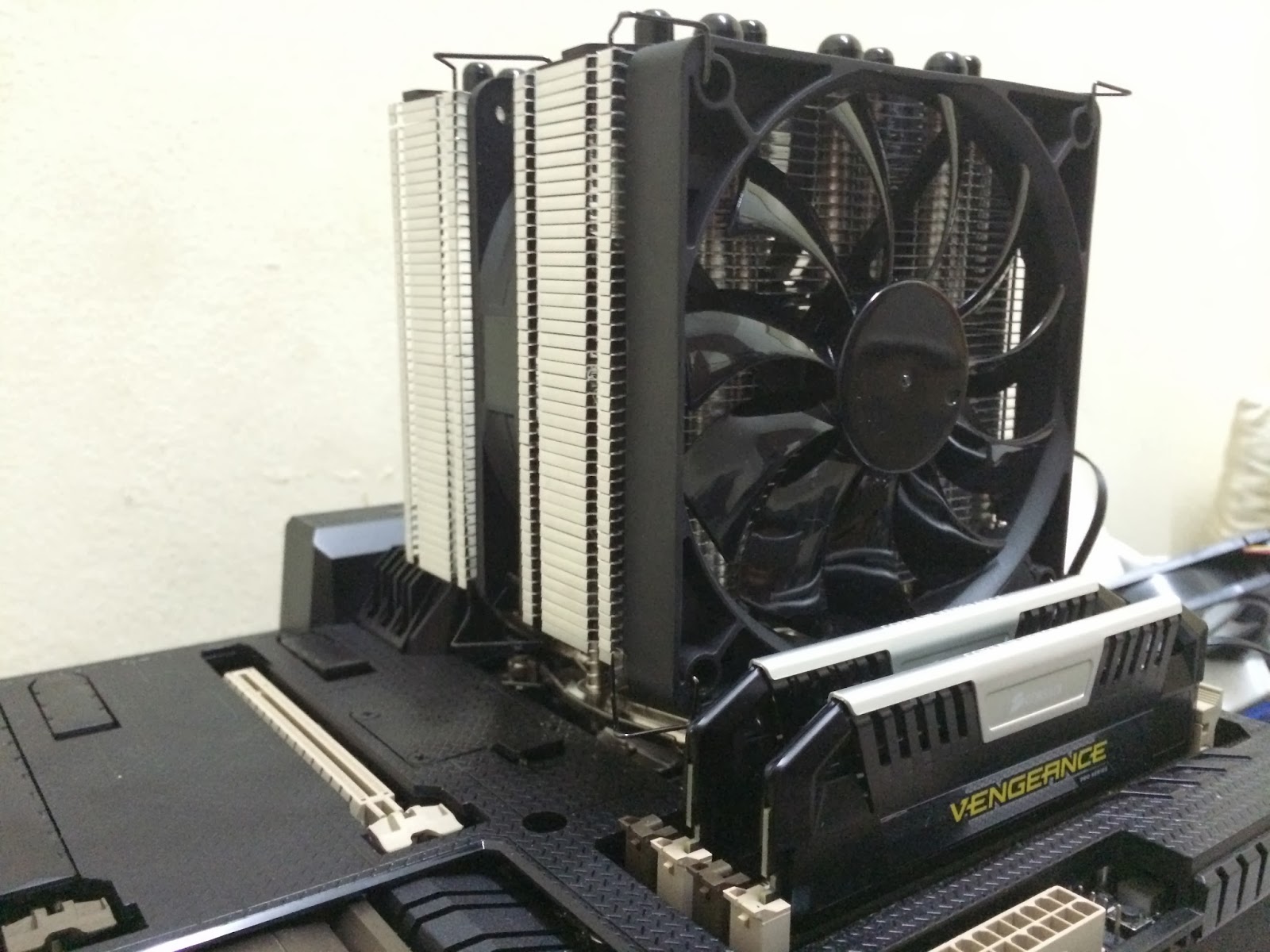 This is how everything will look like after the installation is done, much huge we would say. 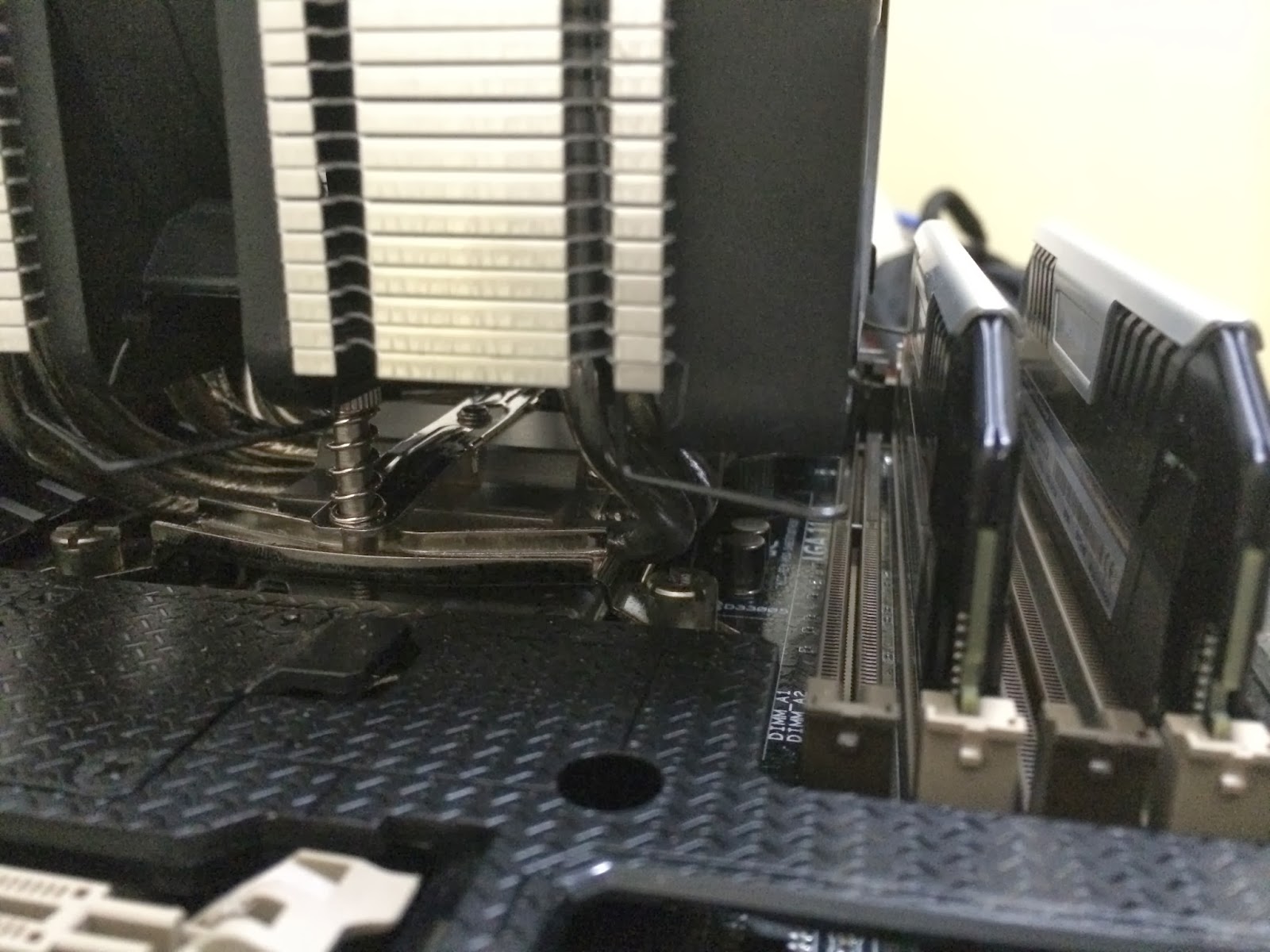 There’s some issue with the RAM clearance though, tall RAM can only be installed in the B channel while very low profile RAM shouldn’t have this issue.

Our testing methodology will be the usual CPU stress test with Pime95, conducted under ambient room temperature of 30ºC with the following setup:
In this test, we have 2 different scenarios:
1. side panel of the chassis is closed
2. side panel of the chassis is opened
Both tests use the maximum heat stress test on Prime95 to test the efficiency of the Black Edition. The duration of the test is 30 minutes for each and the result is shown in the graph below.

The result is rather pleasing, the i7 4770K we have here is pretty much a let down as it produces a massive amount of heat – much more than its predecessor. The Black Edition along with the GC-Extreme thermal compound did a fine job in keeping this sizzling hot chip at a fine temperature.
The fans, however, is rather noisy compared to some of the competitors especially Noctua. We believe that the Black Edition can do a whole lot better in both acoustic and thermal performance if you’re willing to invest more in some seriously good fans but as far as it goes, it is still a pretty good performance you’ll get out of the box.

After going through the Black Edition, we have to say that it is a solid performer that is able to perform as good as some highly-rated air coolers but at the same time, there’s some drawback you might want to take note:
Pros
– Solid fins which are less prone to accidental bending
– Dense fins and sealed side for a much-focused airflow
– Large heat pipes for best heat transfer
– The included GC-Extreme is a heaven’s gift, the most manufacturer will give you thermal compound which we consider as not-so-useful.
– Tool-free installation, you can basically secure all the included nuts and screws without using any tools
Cons
– Fans are rather noisy at full load
– RAM clearance issue, bad news for performance RAM with a monstrous heatsink
The drawbacks won’t be much of a concern if you fit the criteria of not having picky ears, uses low profile RAM or install dual-channel RAM on the B channel.
Making a decision isn’t a tough job for us as we do have picky ears, basically, the cons are our concern is building a system. Without any hesitation, the Black Edition deserves a Silver Award and Recommended Award for the great features and great value.

GELID Solutions has recently added a new member to its ARGB fans lineup, The Zodiac. Let's find out what it...