For those of you who haven’t a clue, Thermalright is a leading brand that specializes in producing high quality cooling components for the PC of today. Since 2001, Thermalright have brought us a few innovative solutions such as the wire fan clip mounting, the introduction of Heatpipes, the first 120mm fan mount and convex copper contact points which we are familiar and widely used today.

Product Specification
Here is the spec sheet straight from the official Thermalright website. 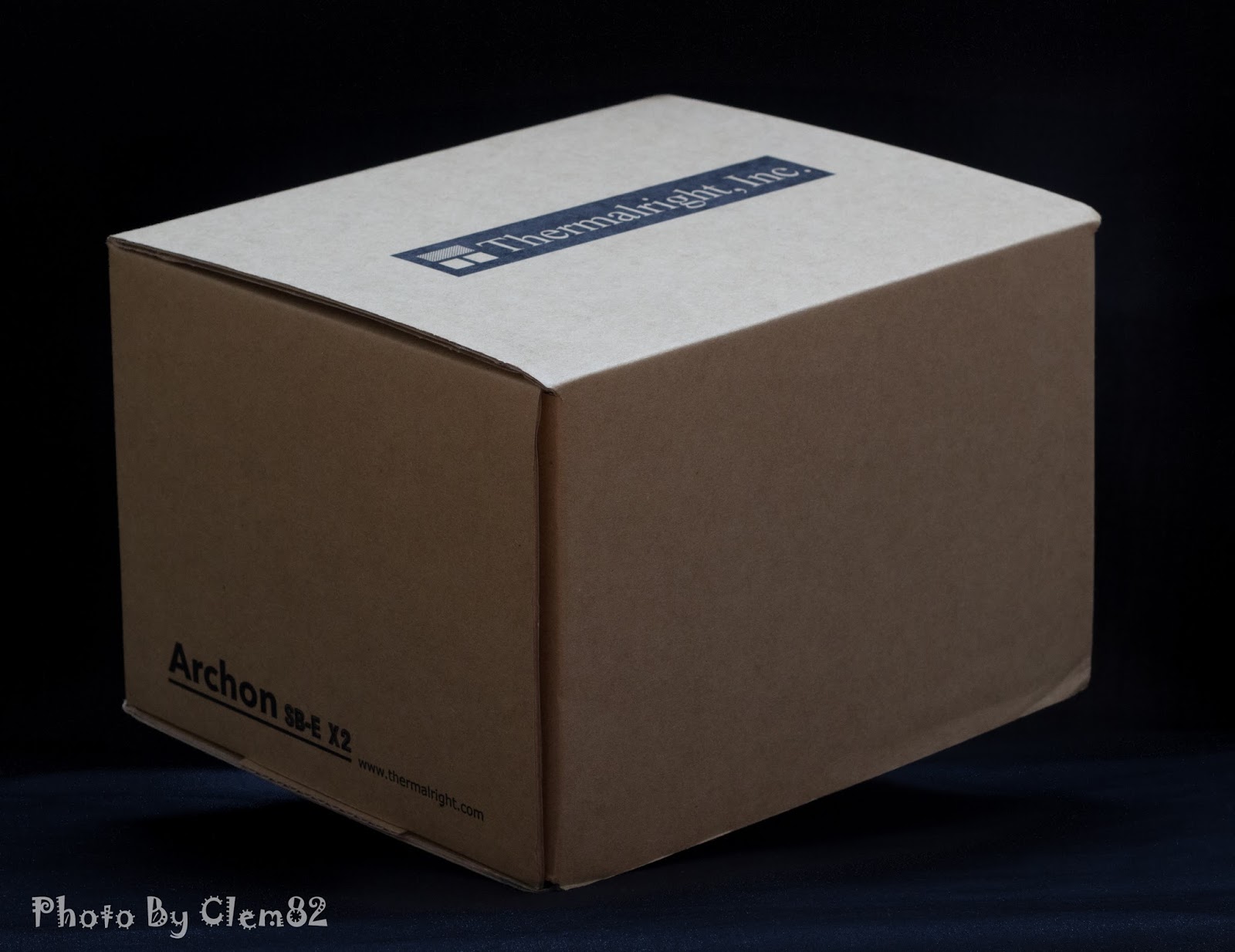 The Archon comes in Thermalright’s traditional packaging, a square brown box with the Thermalright branding at the top and the name of the product on the lower part of both sides. As I have said before, I like this approach of keeping it simple. It also helps to keep the cost down, at RM265, it’s not too expensive either. 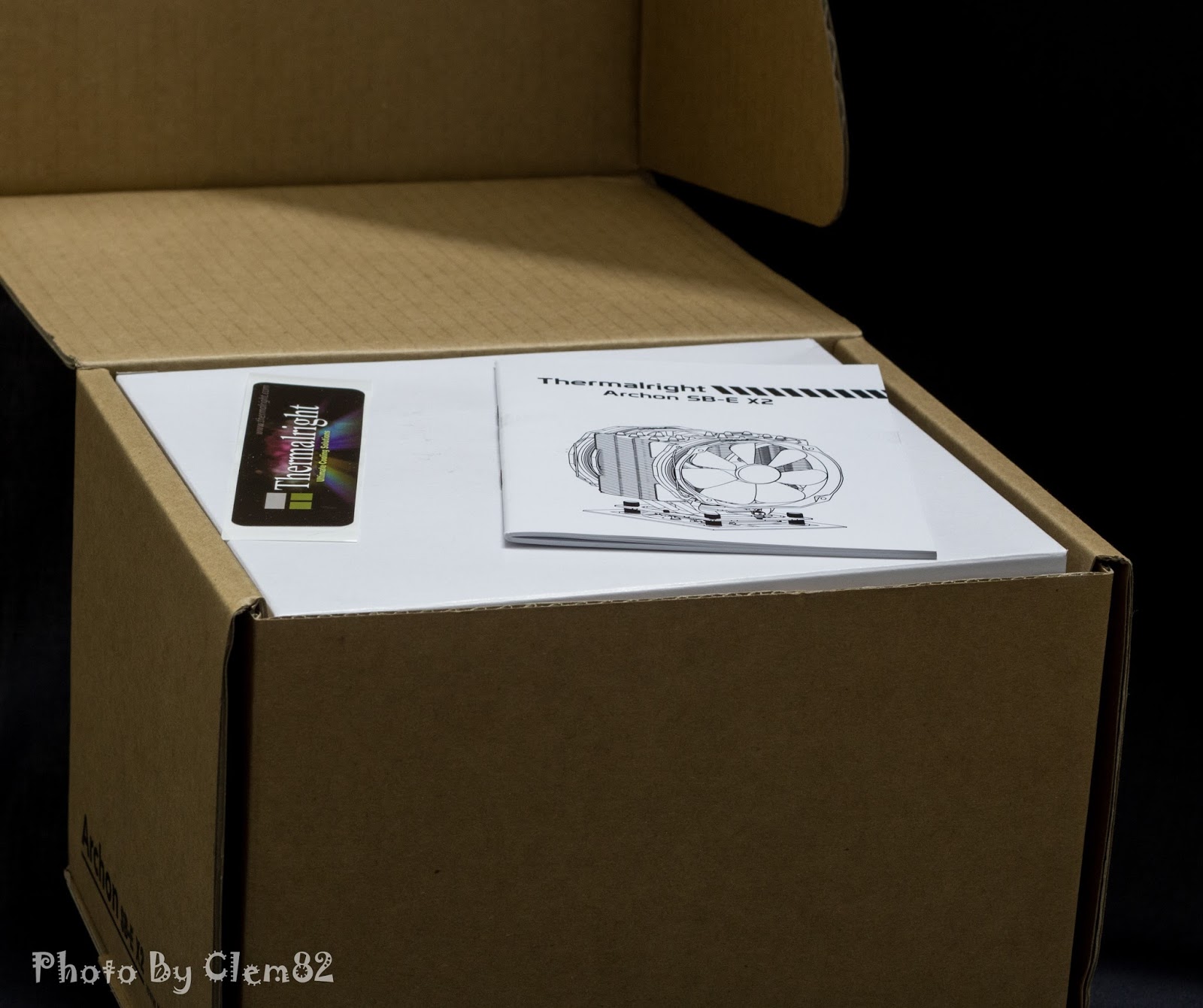 Opening the flap reveals the Instruction booklet and sticker on top of the accessory box. 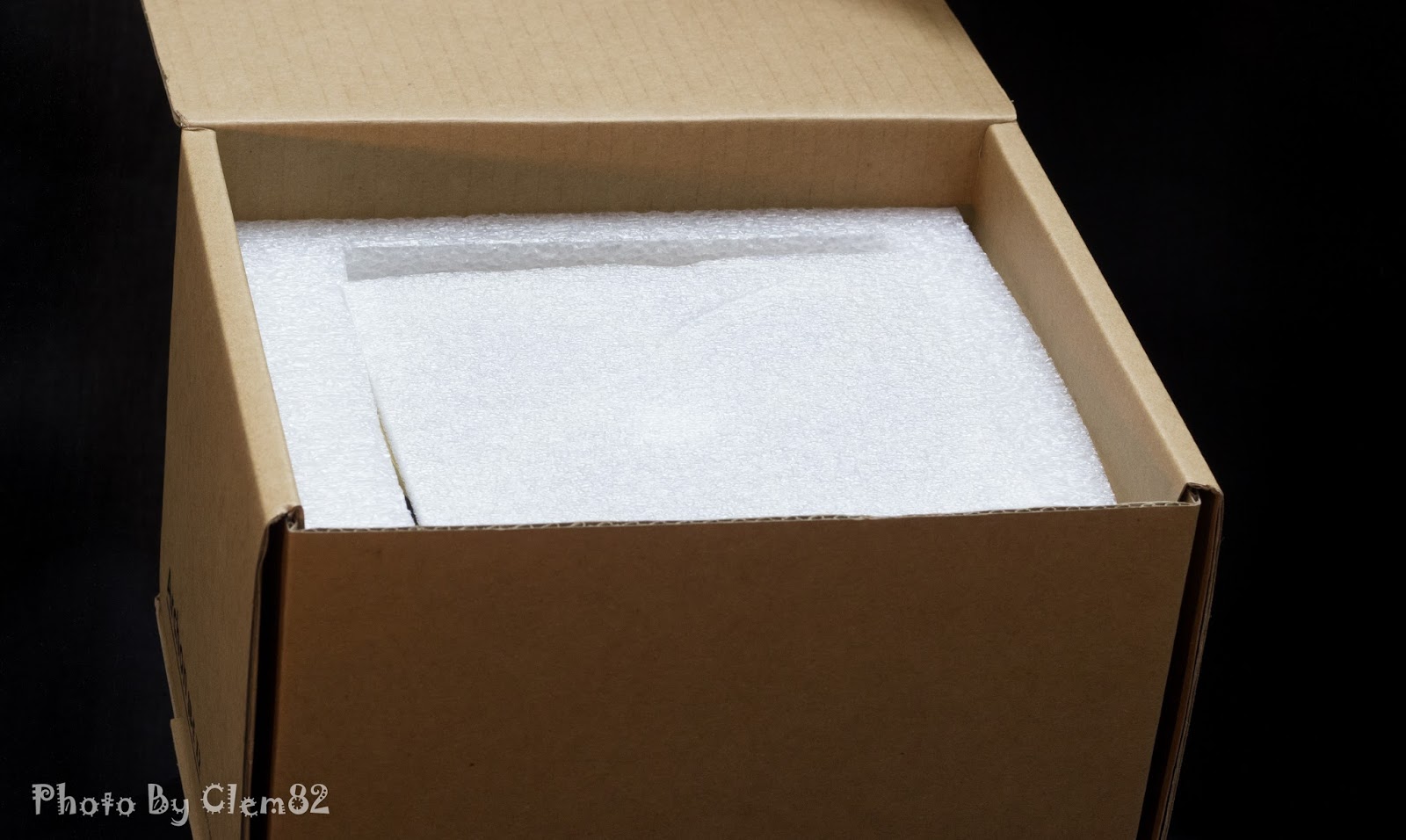 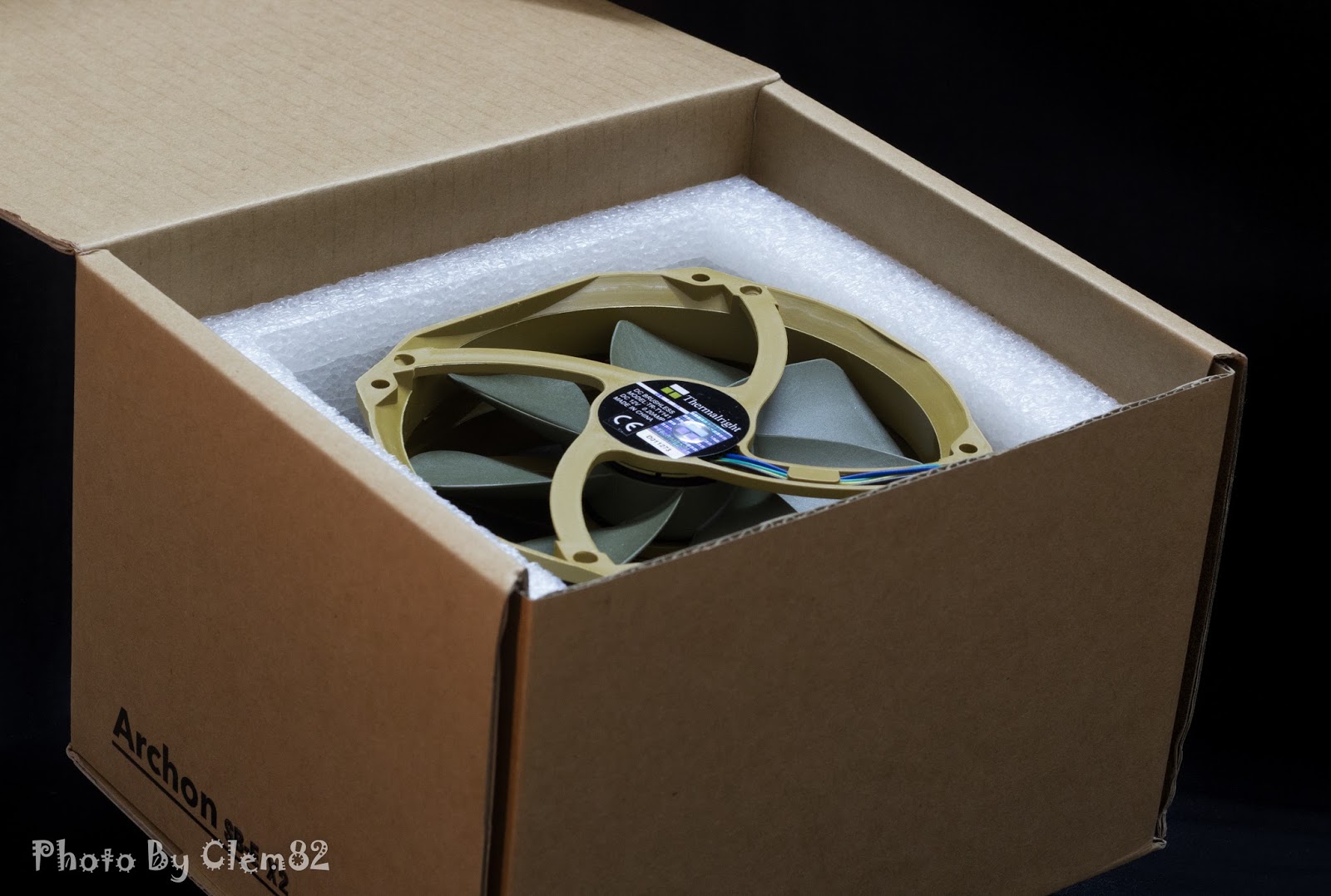 Setting those aside, you find soft foam that covers the included fans. 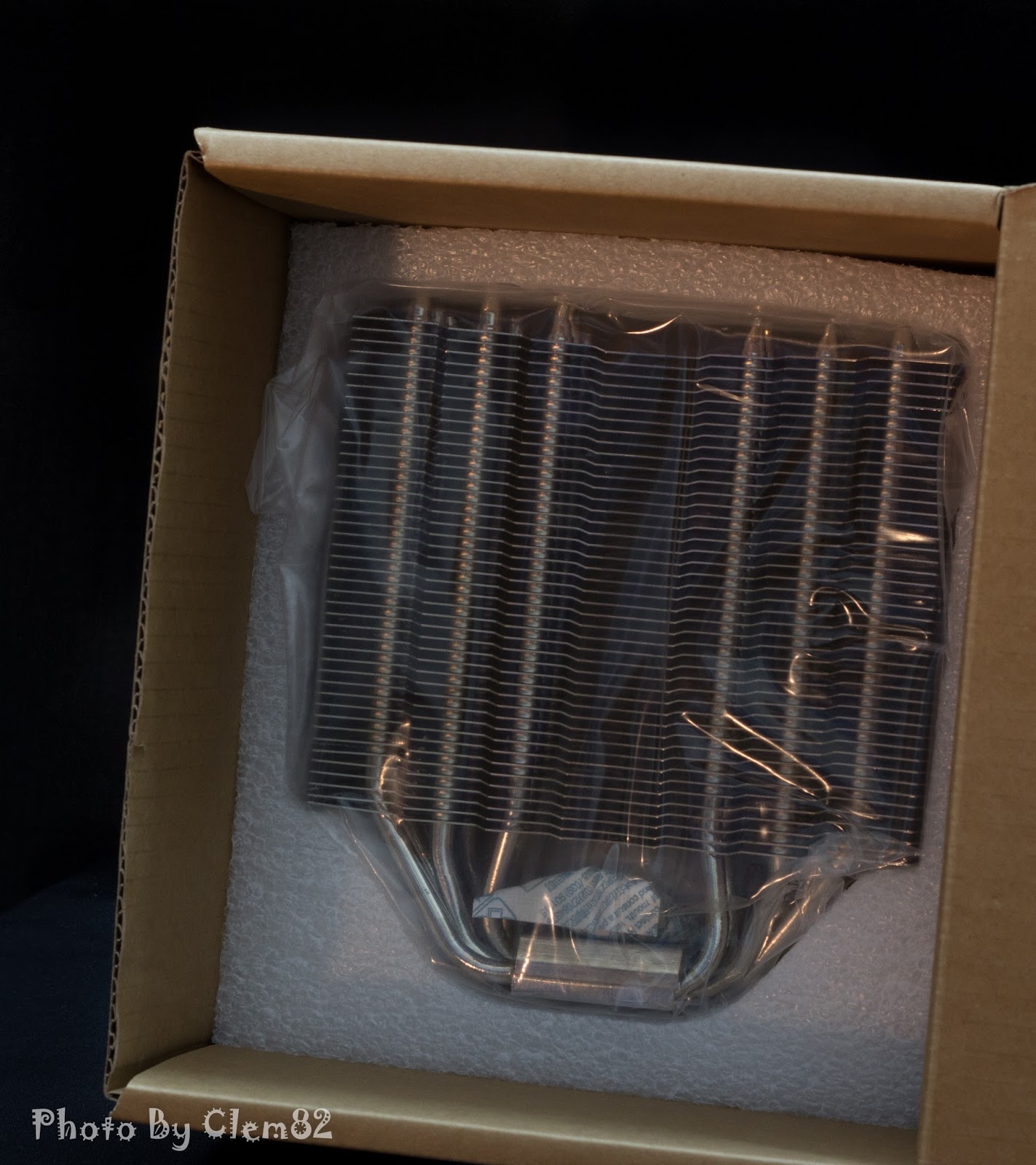 And finally, removing the fans will reveal the Archon heatsink which is further protected with an extra wrapping of clear plastic with a pack of “do-not-eat” to keep things dry. 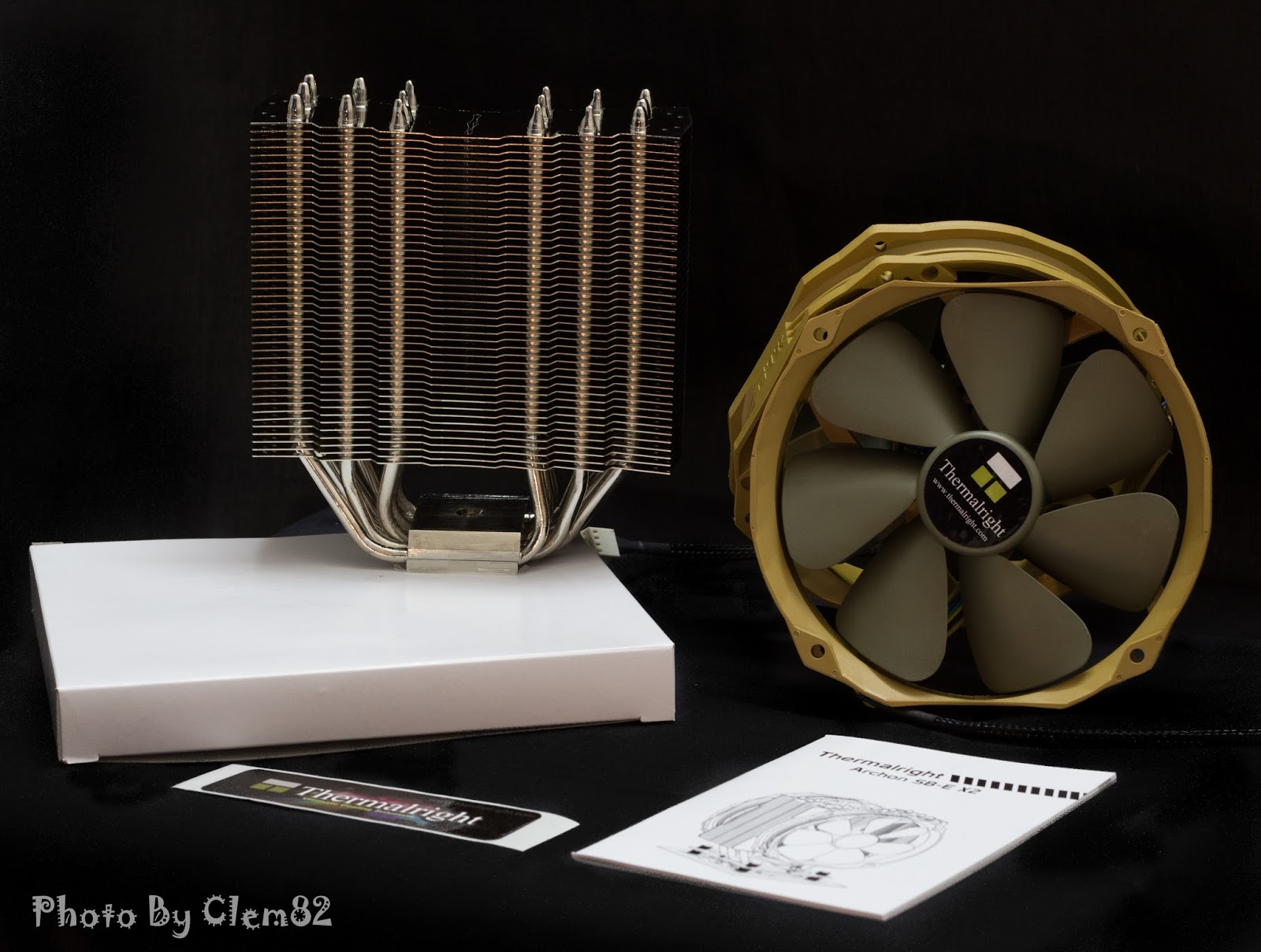 Here is everything that comes out of the box. 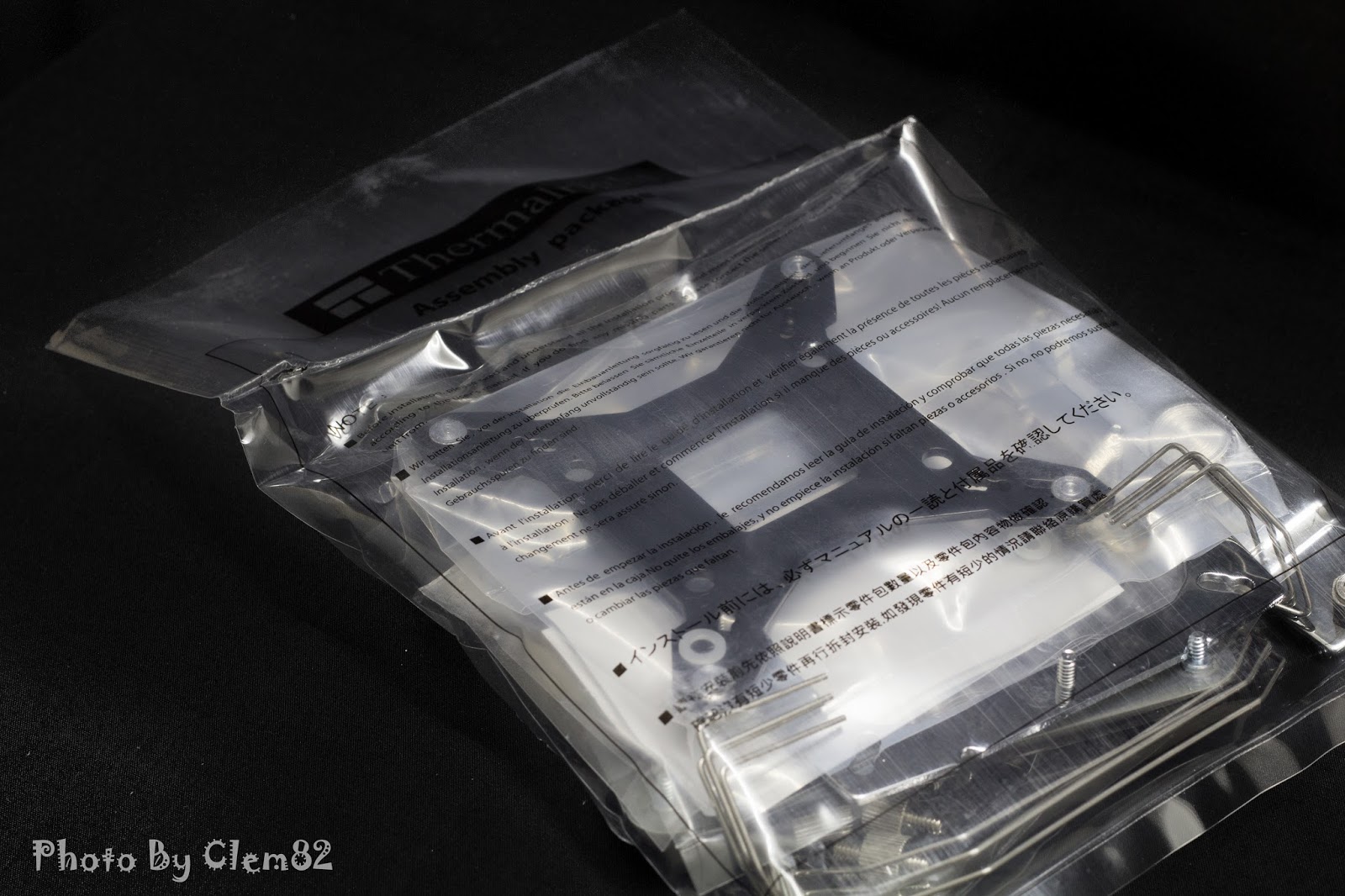 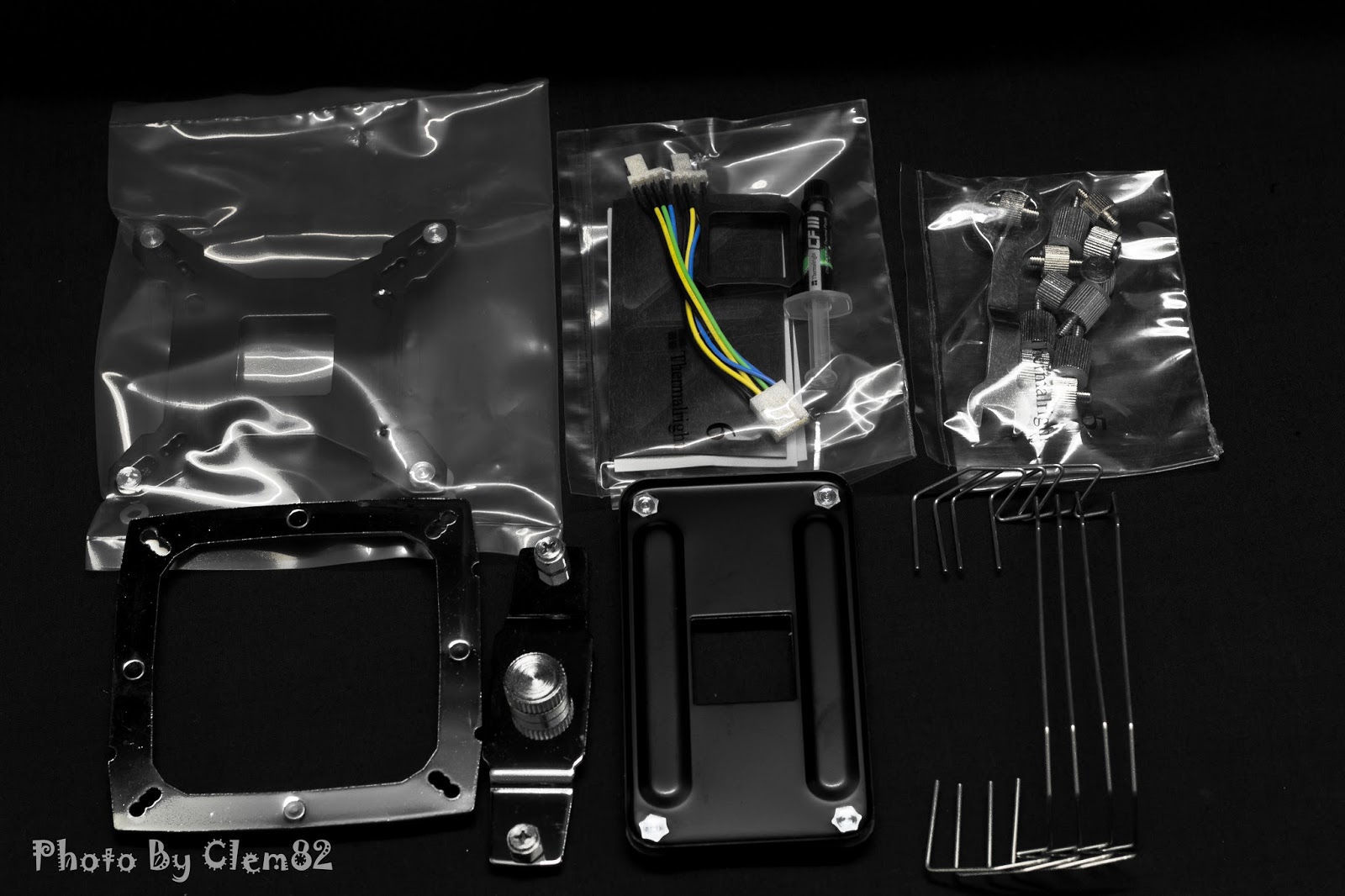 The accessories pack contains everything you will need to mount the Archon in your system. here is a list of all the items inside the package:

As with the Silver Arrow that I unboxed before, the mounting parts are well made and doesn’t bend under pressure; definitely not one of those plastic backplate braces that you’d see on other offerings. Other small gestures such as the rubber noise dampeners and PWM Y-cable adaptors really tells you how detailed Thermalright were about quality. 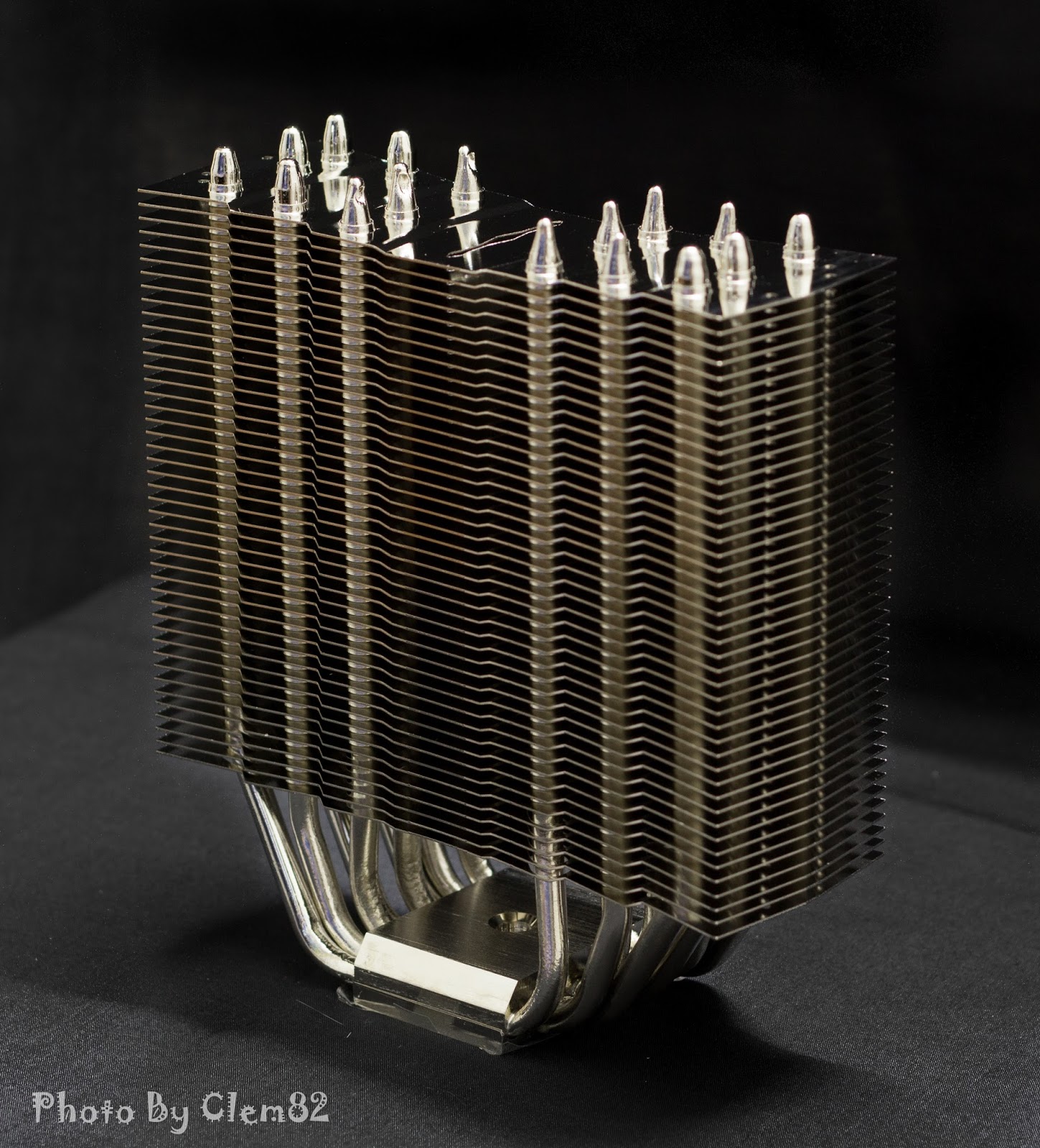 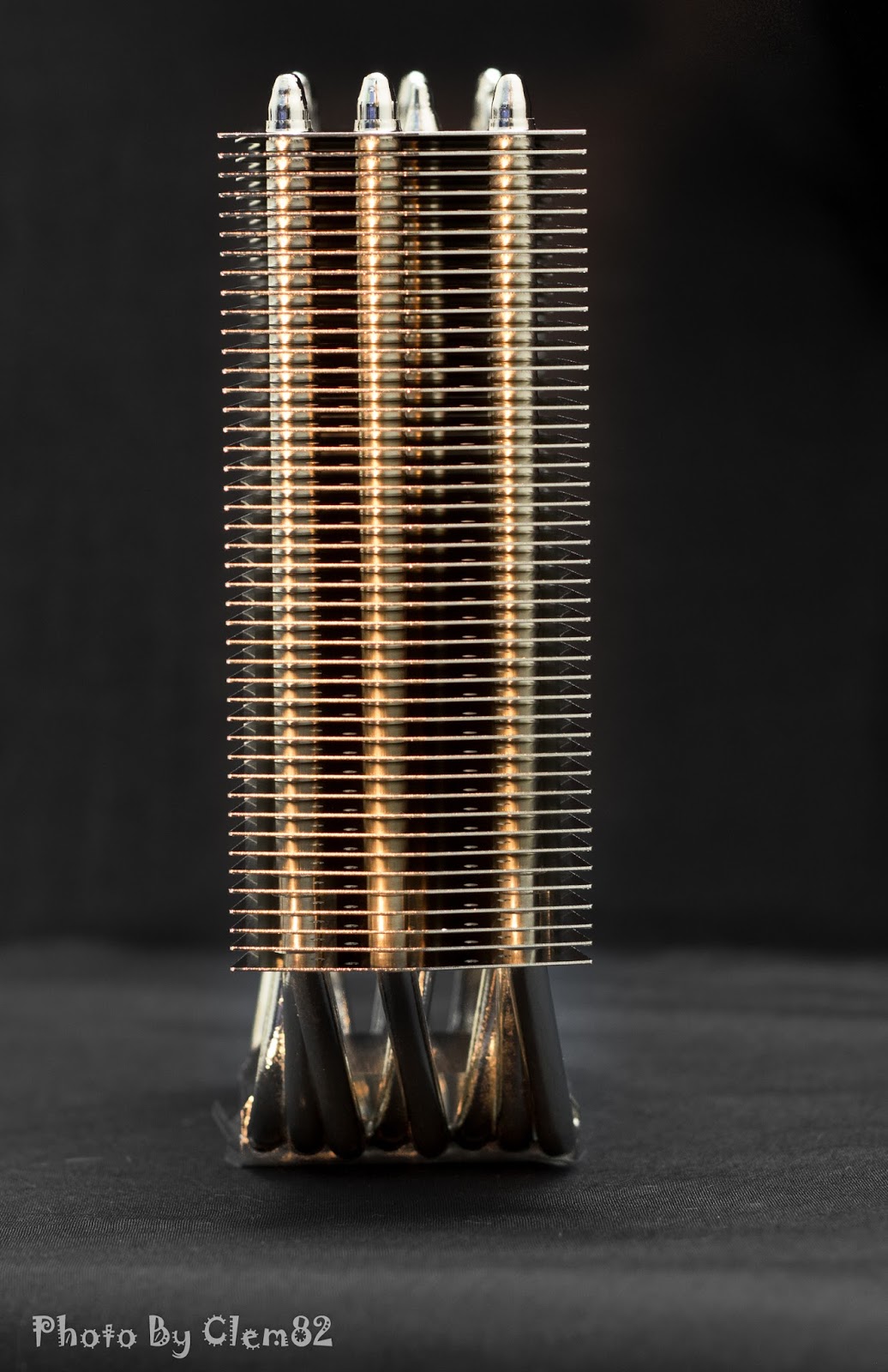 Compared to the dual tower fin stack of the Thermalright Silver Arrow that was unboxed recently, the Archon features a slim tower design that is aimed to provide clearance to tall RAMs without sacrificing the cooling potential. Even with both fans installed, the total thickness should not cover even the first RAM slot on a crowded Intel socket LGA2011 motherboard. We shall see how the arrangement looks like once we get it anchored to my system. 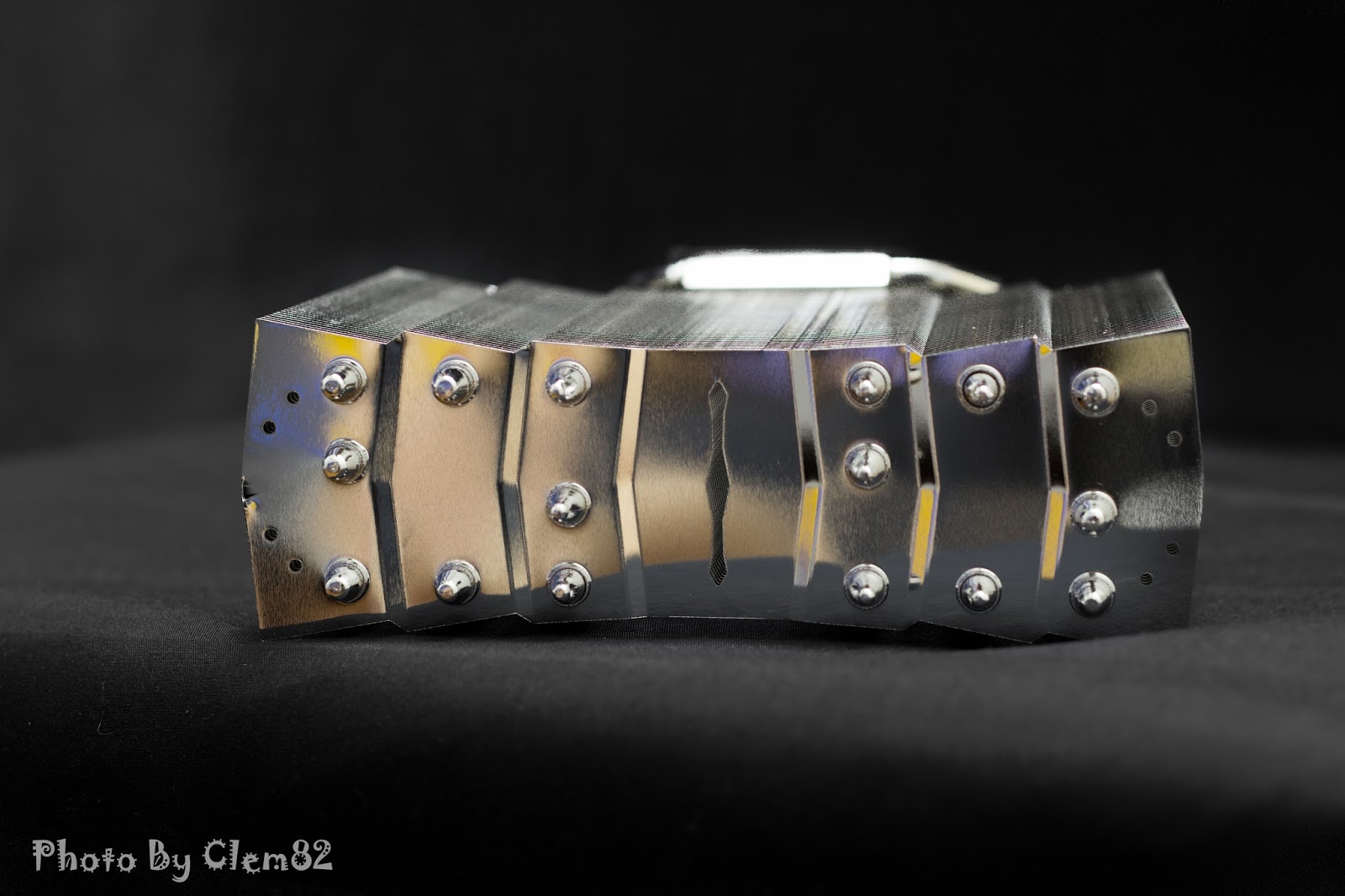 The Archon employed eight 6mm heatpipes is arranged in a U-shaped, zig-zag array which is divided into different sections of the fins stack ensures even distribution of heat out of the CPU. This is two more than the Noctua NH-D14 given the size of the Archon in comparison. 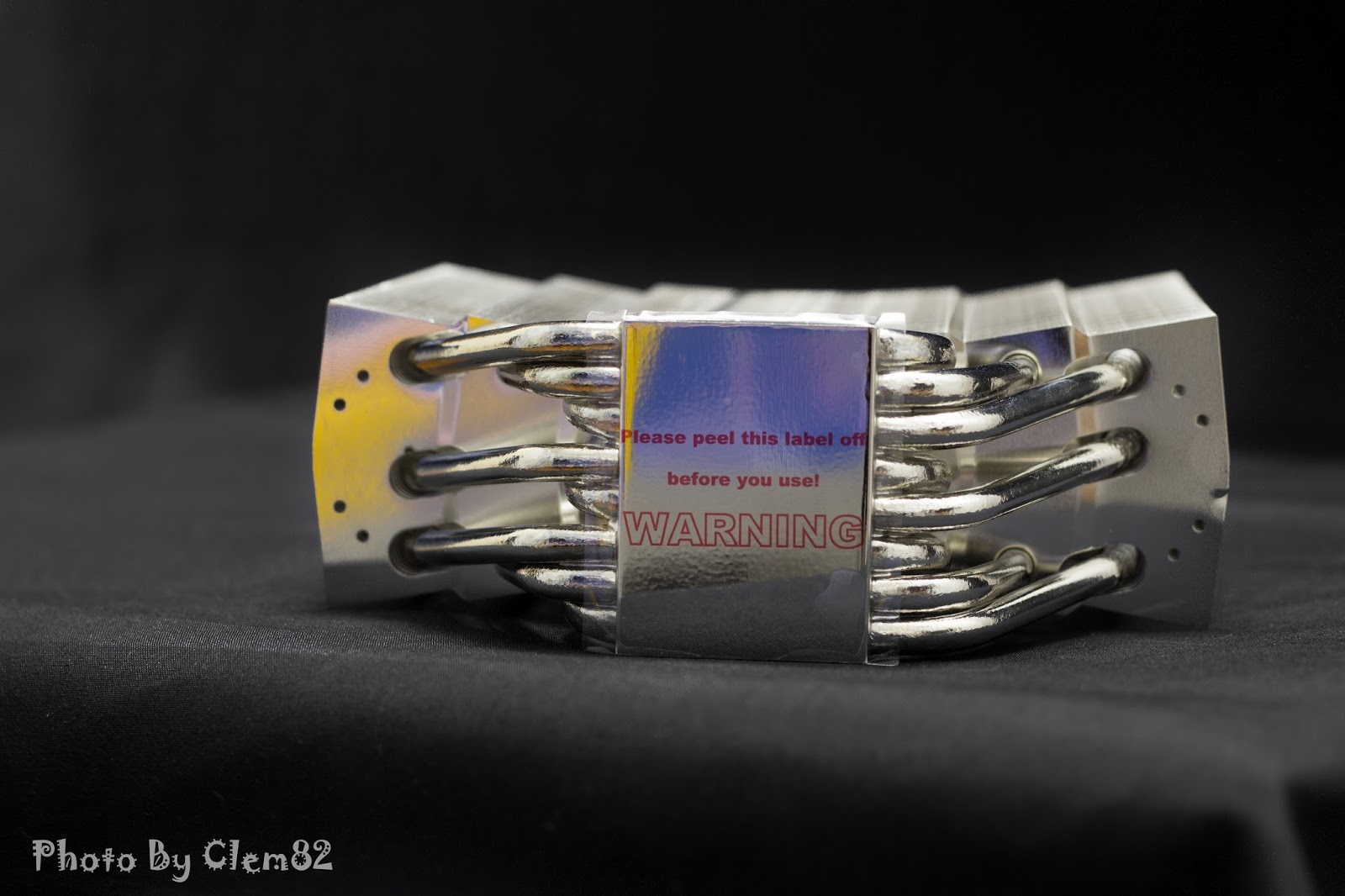 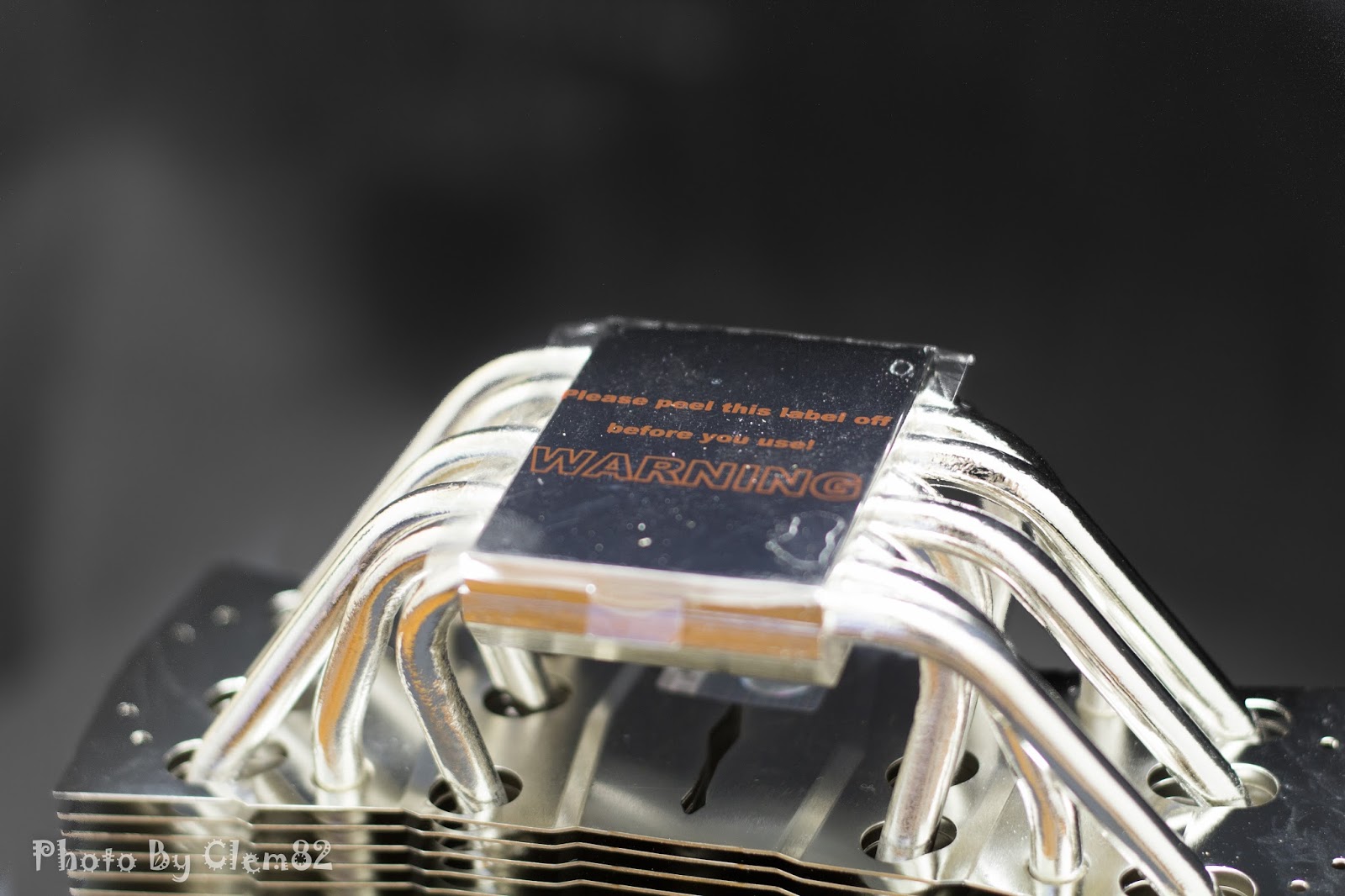 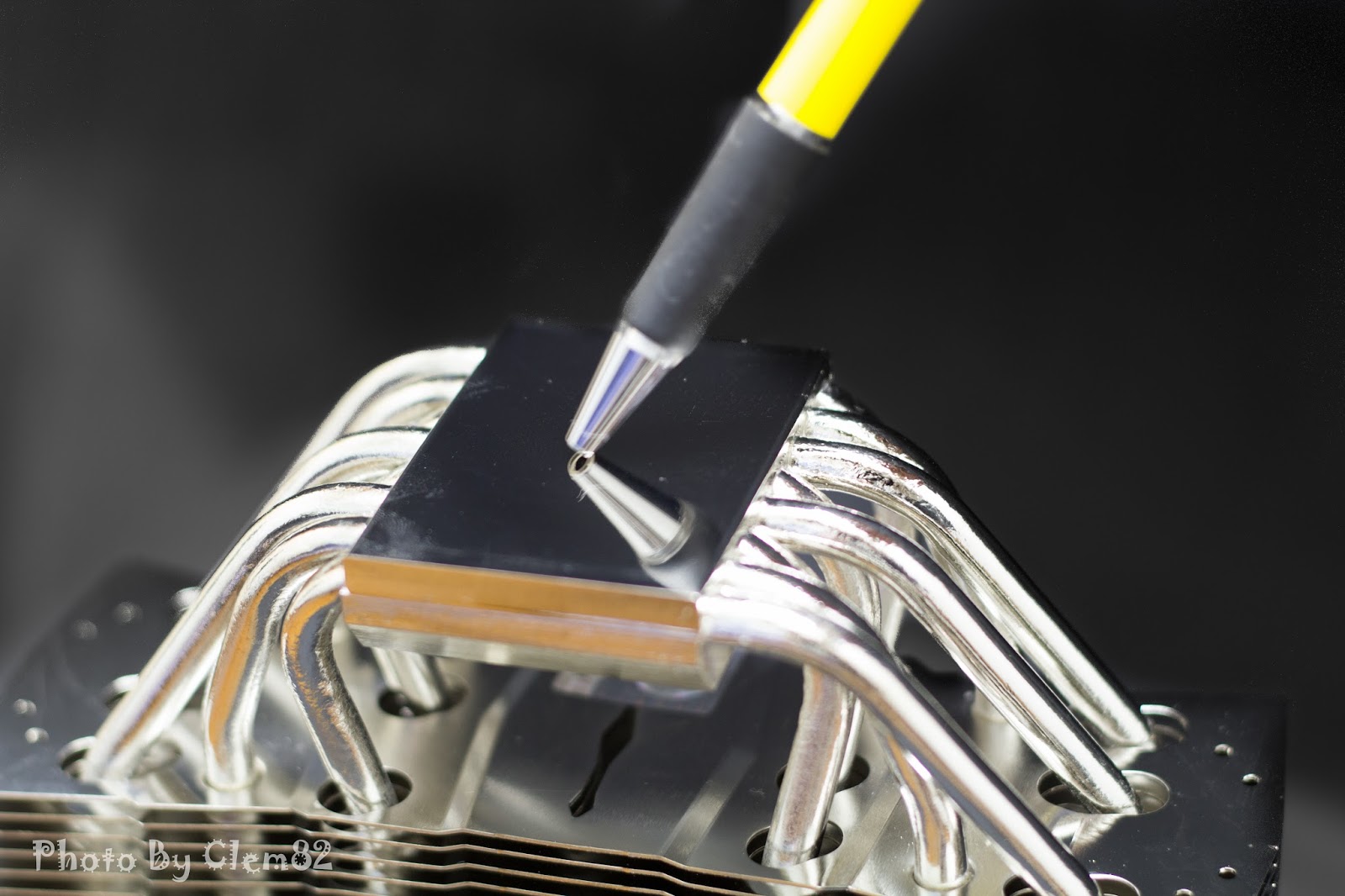 A look from the bottom shows the unique distribution of heatpipes spread into different sections of the fin stack. Another tradition of Thermalright: the nickel-plated copper contact point is polished to mirror finish.
The Fans 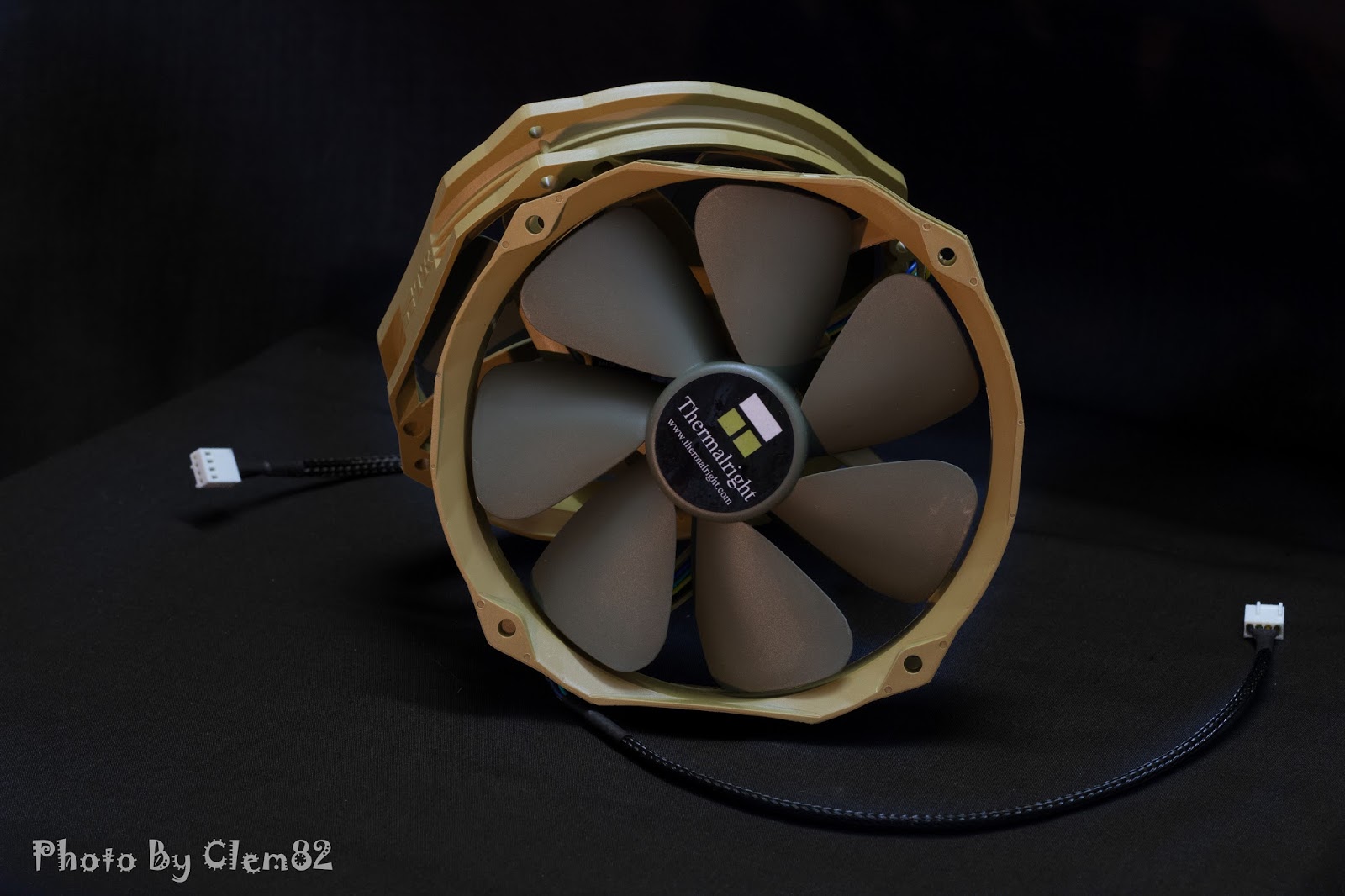 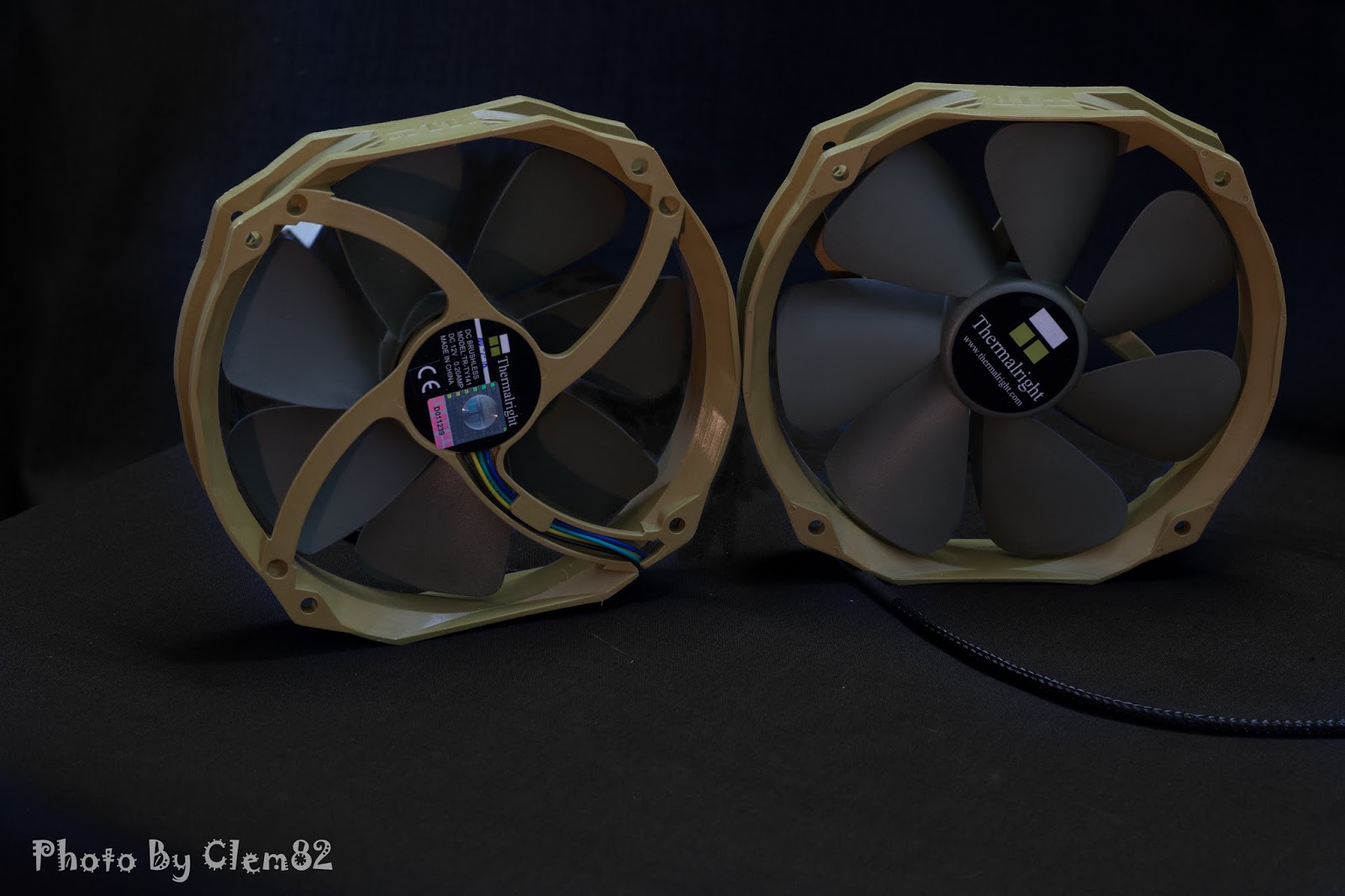 The dual TY-141 PWM fans supplied in Thermalright colours may not be everyone’s cup of tea but the double ball bearing 140mm PWM fans are supposedly very silent, rated at only 21dB(A) during operation, thanks to their Silent Torpedo Blades design. The sleeving on the TY-141 is thick and of good quality as well which would be a boon to cable management. 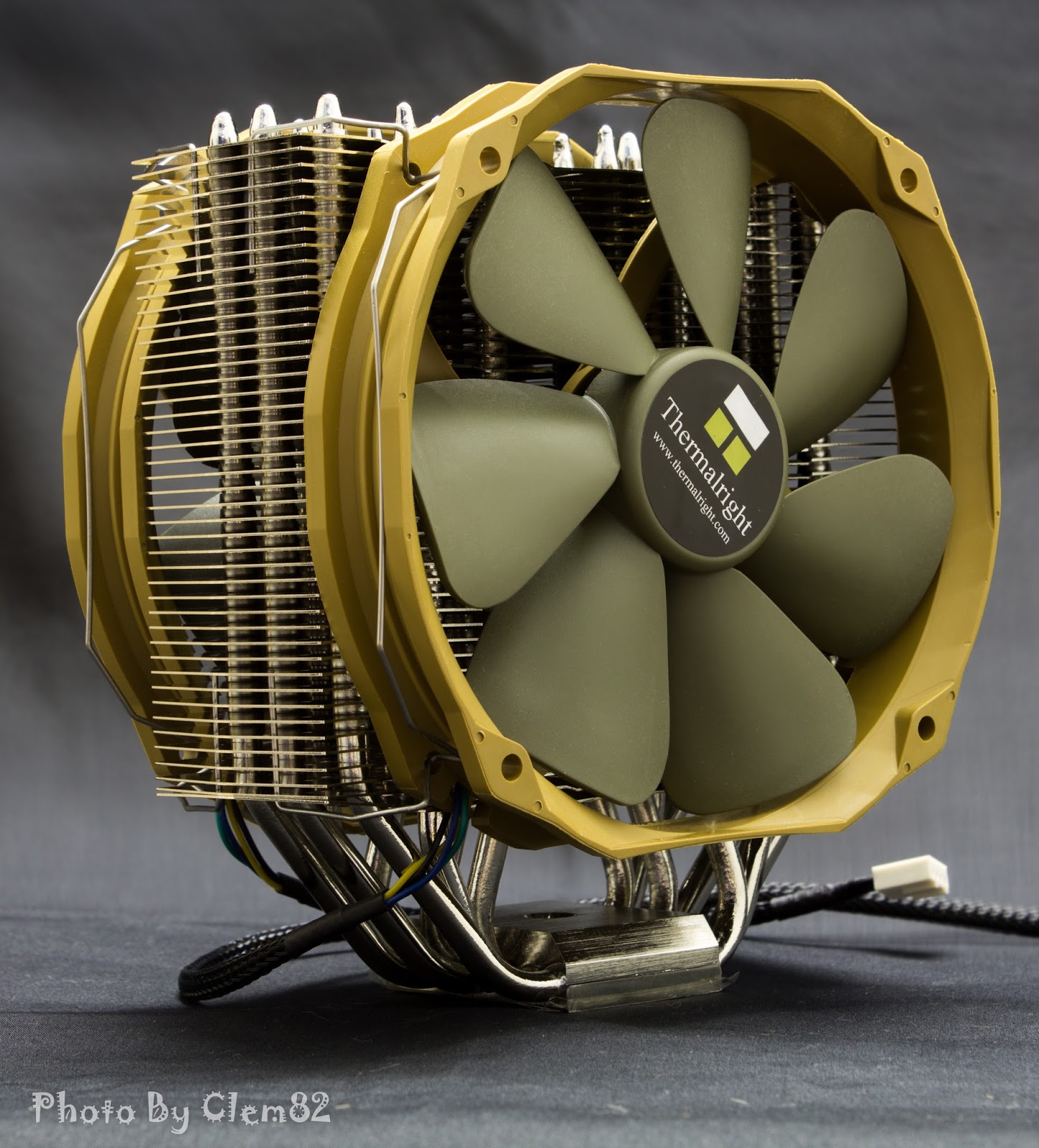 Here is how the HSF assembly looks like with both fans mounted.
Mounting The Archon 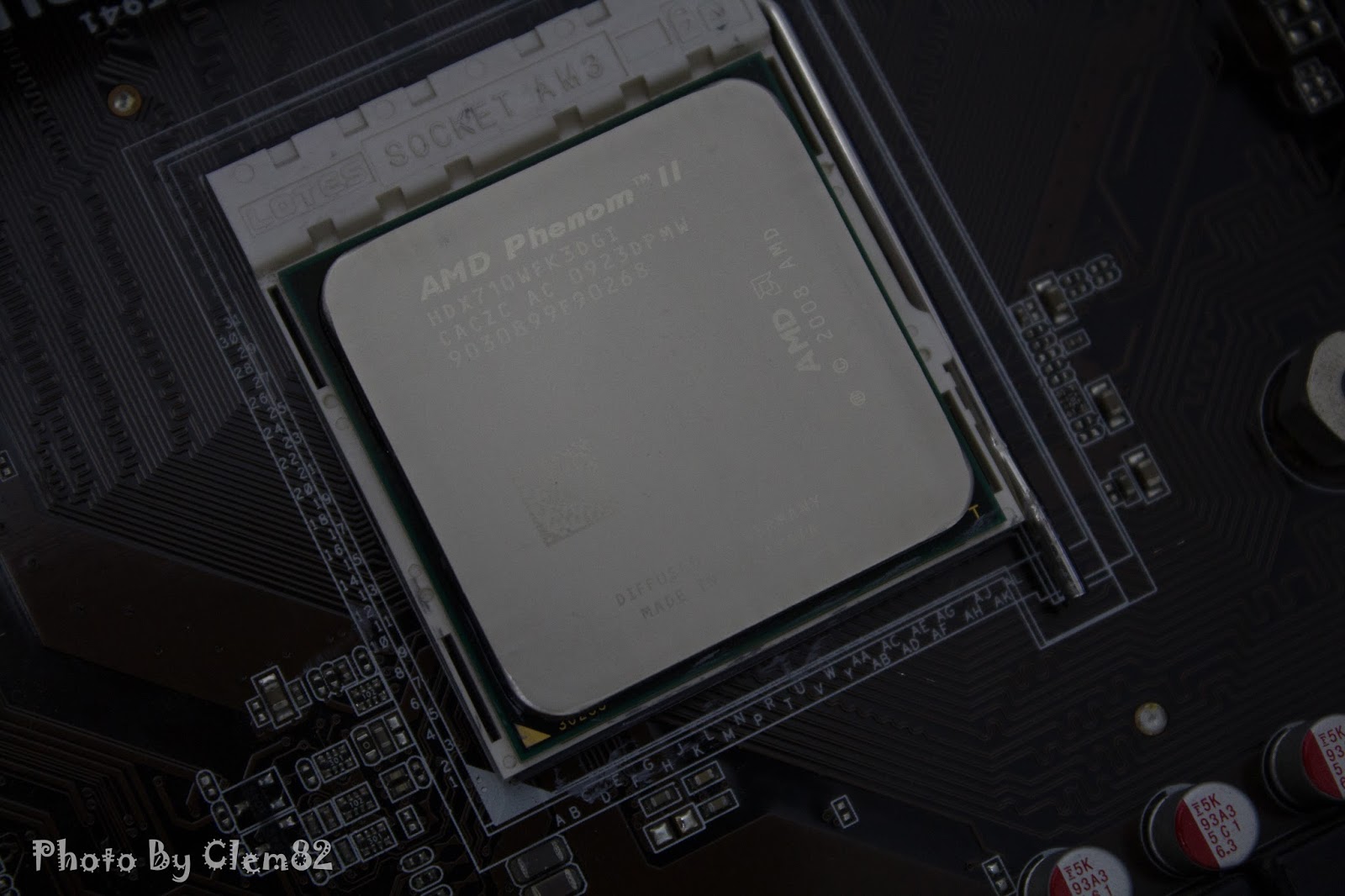 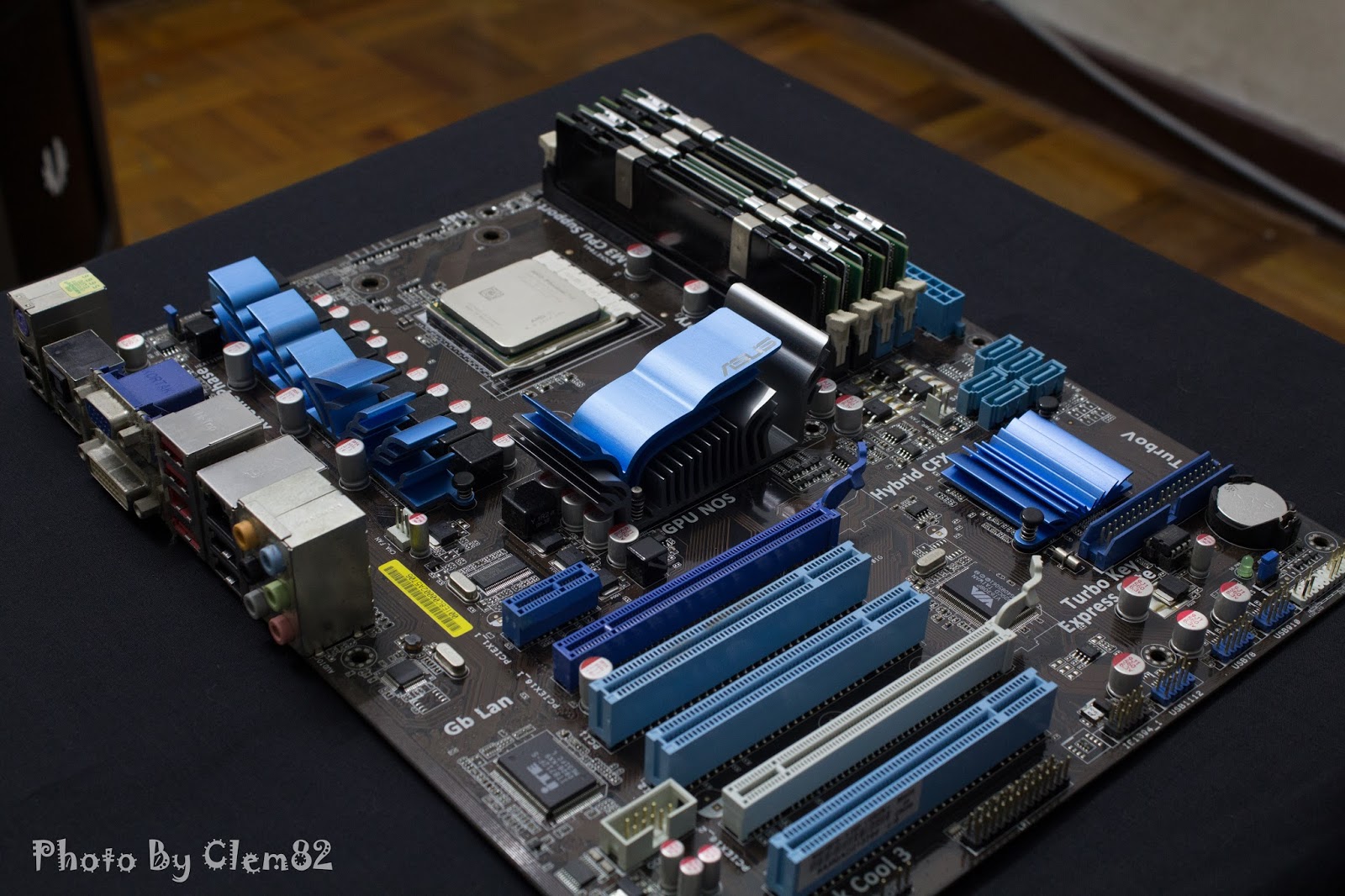 Prepping my CPU, nothing much, might be an antique to some of you. I took the motherboard out of the chassis to show you guys the mounting process, flipping the whole chassis is somewhat not ideal. 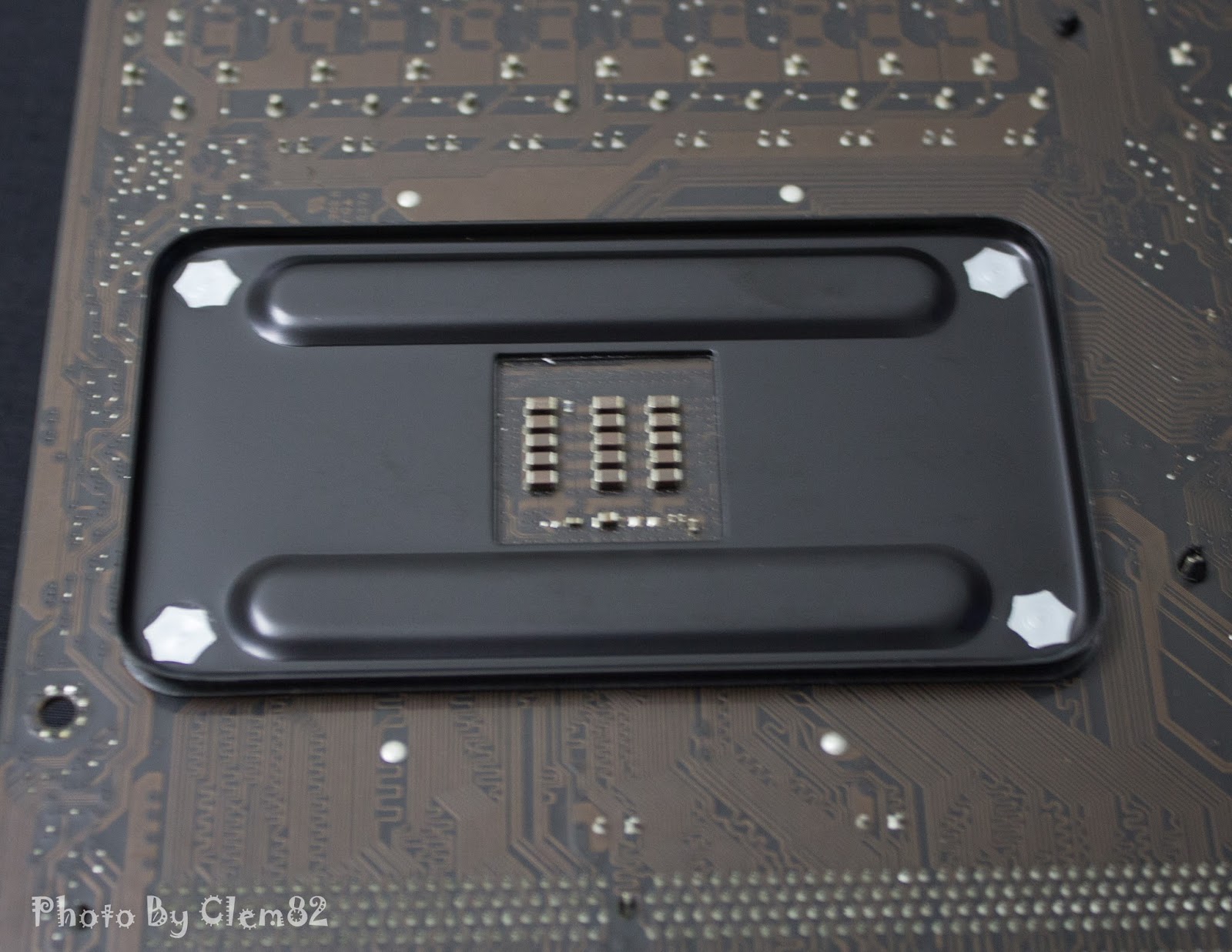 Placing the AMD backplate at the back of the motherboard. 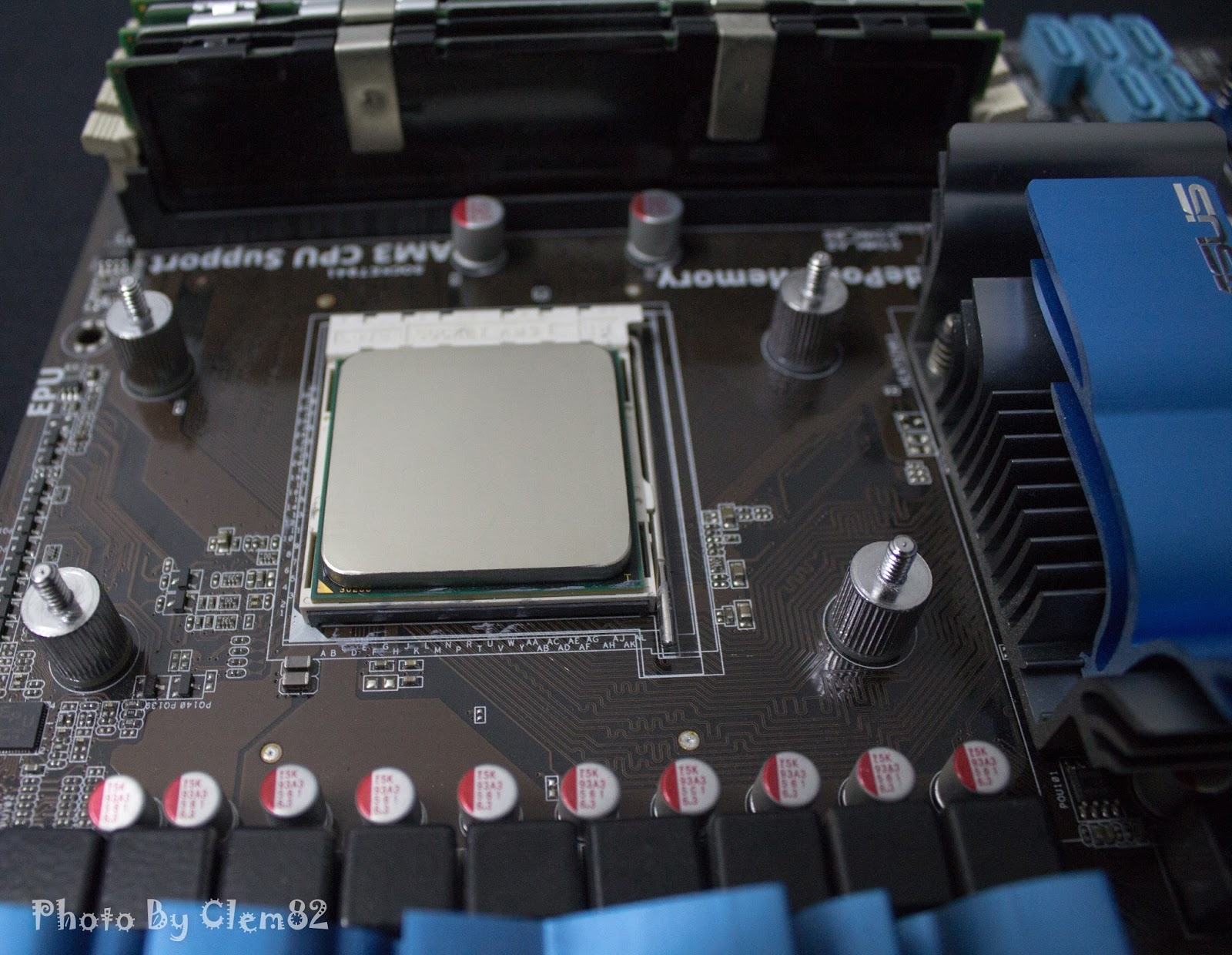 Securing the backplate with the screw pillars. 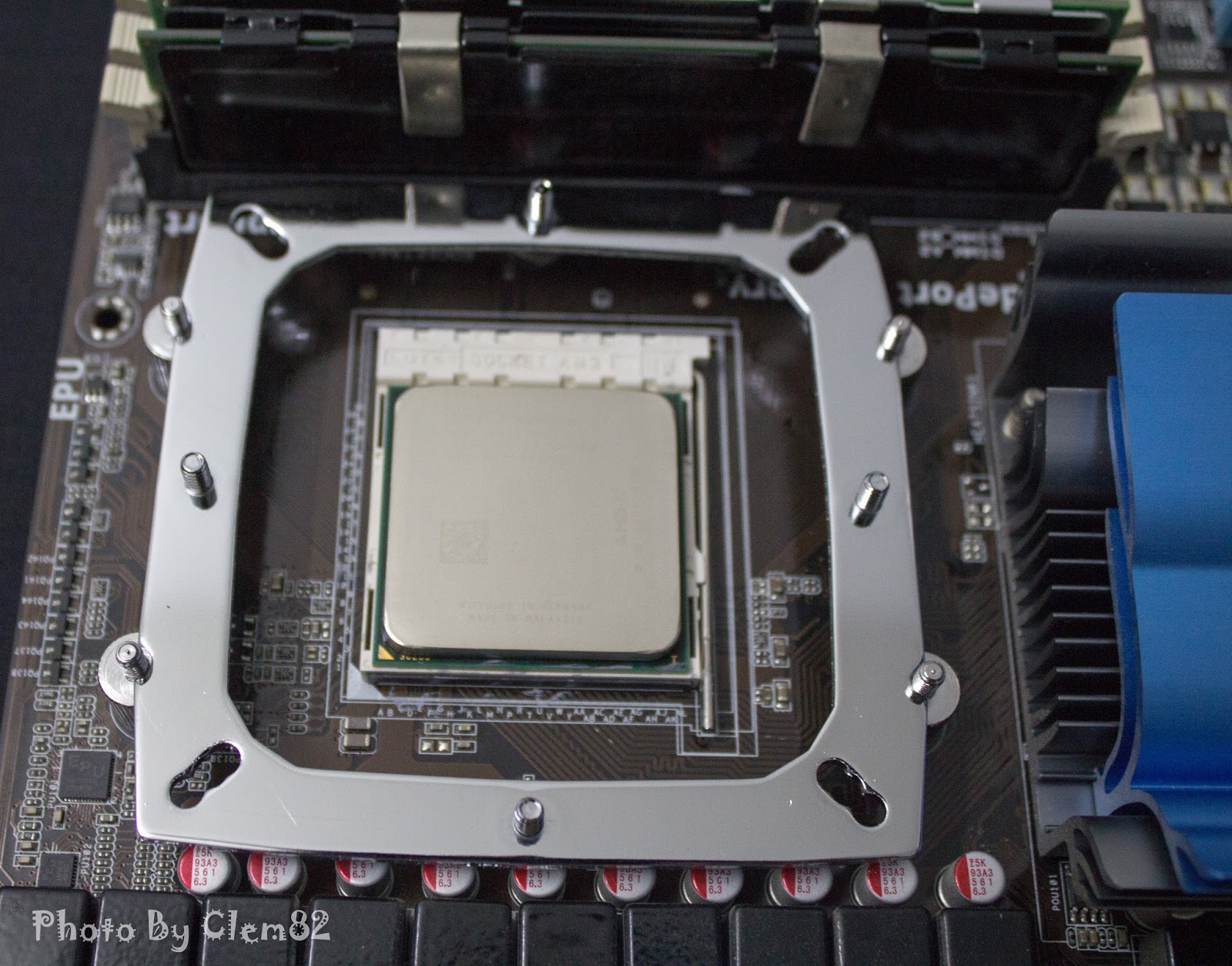 The anchoring bracket mount comes next… 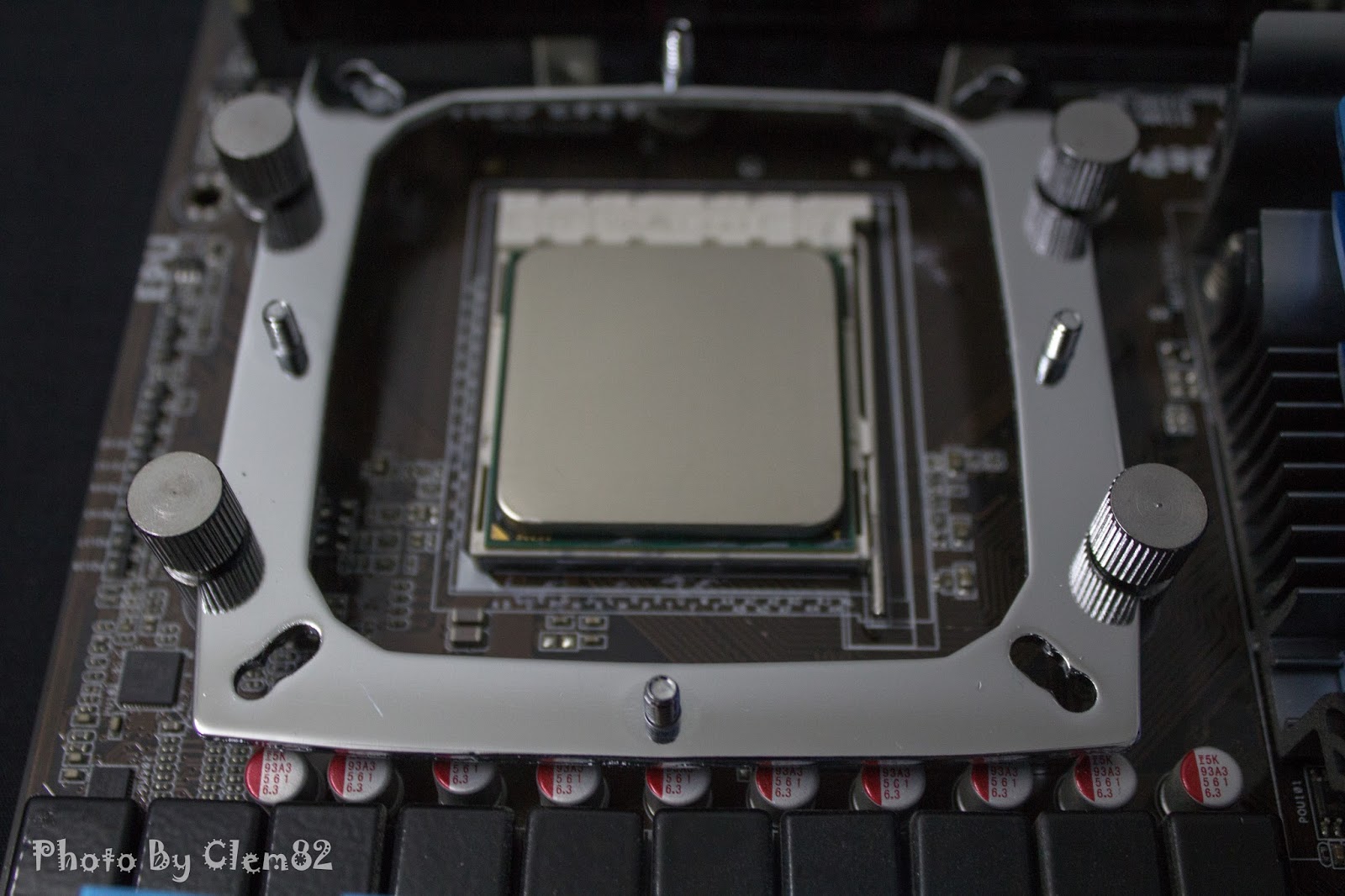 and is secured with thumbscrew caps. 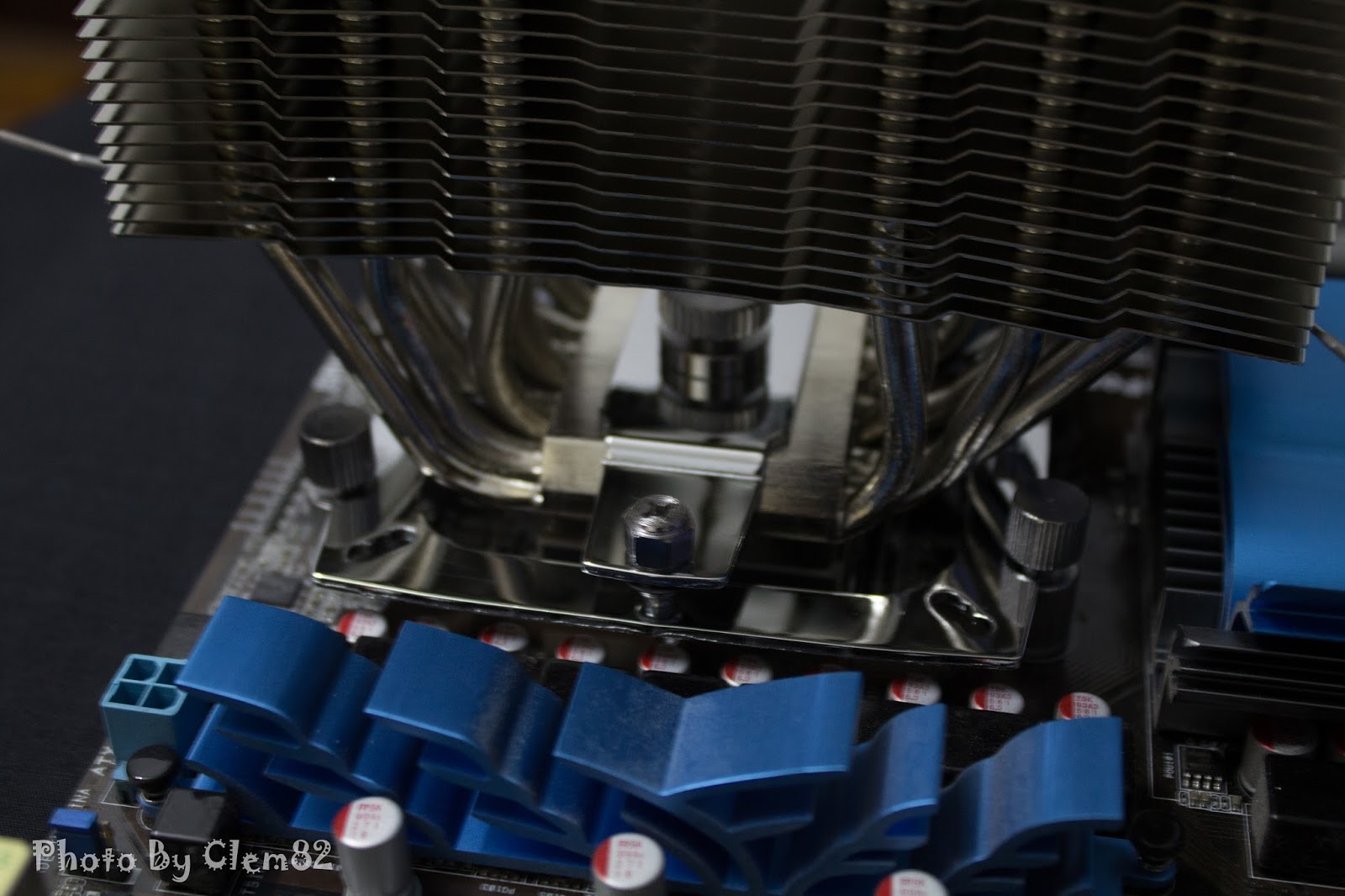 The heatsink comes next, just remember to apply the thermal paste and peel the protective sticker before this process. Secure the heatsink with the pressure adjustable mounting plate. 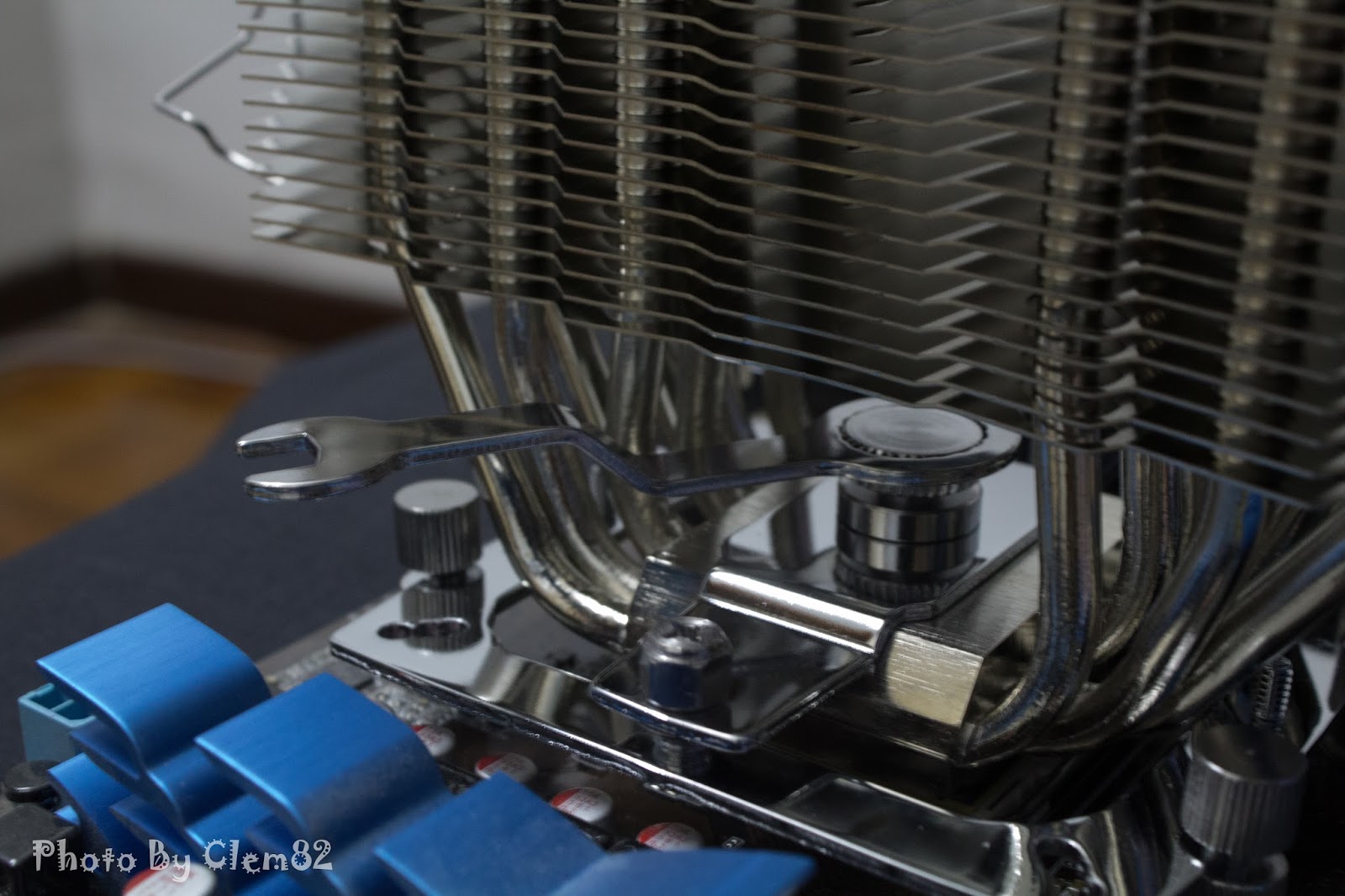 Thermalright’s proprietary Pressure Vault mounting mechanism is very ingenious indeed. Unlike most HSF mountings where you have to adjust every screw to increase the mounting pressure, this one allows you to increase the mounting pressure simply by twisting the centre screw after securing everything else. Thermalright supplied a wrench for this, each 1/2 a rotation from the middle point of the pressure adjustable mounting plate supposedly adds 10lbs (about 4.5kg) of pressure to the mounting, ensuring good contact. 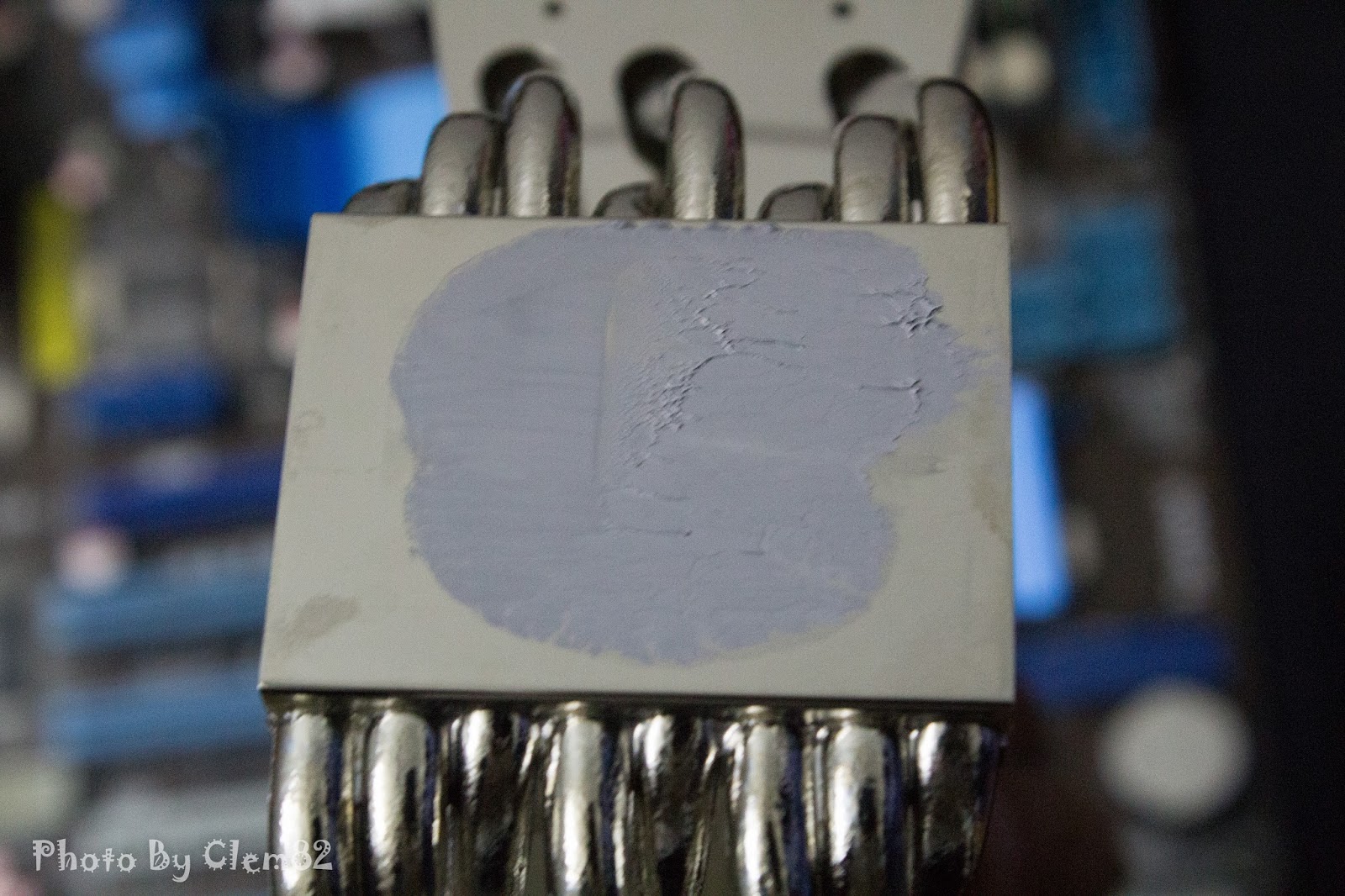 I undid the mount to check the spread of the thermal paste. Looks good to me. 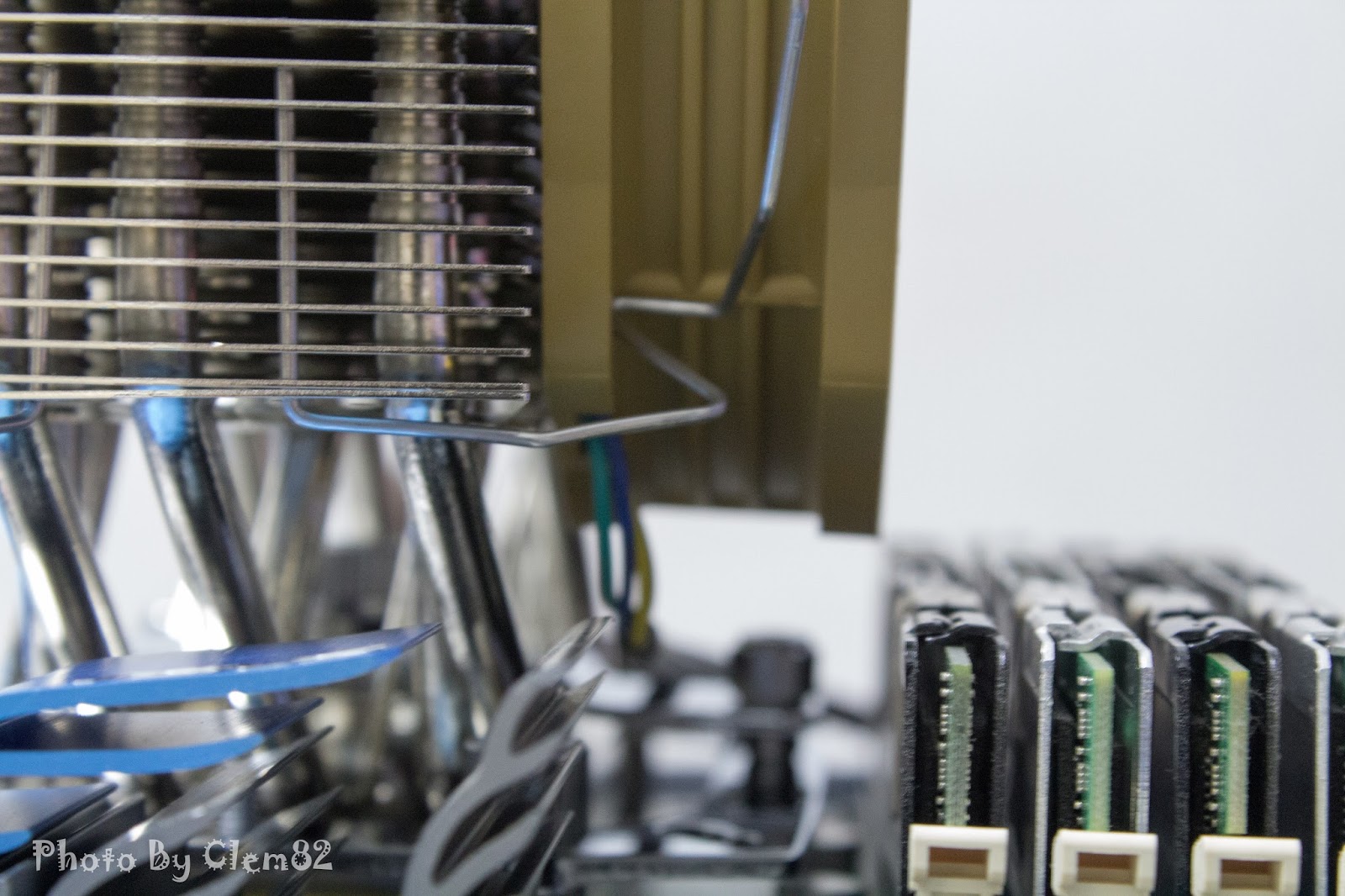 After re-mounting the Archon, I mounted the fans to check the RAM clearance. From the picture above, you can tell that I wasn’t disappointed with Thermalright’s claim of the Archon being a thin cooler. those of you with fancy tall RAMs will have no trouble with the Archon, the 140mm fans could even aid in cooling the RAMs. 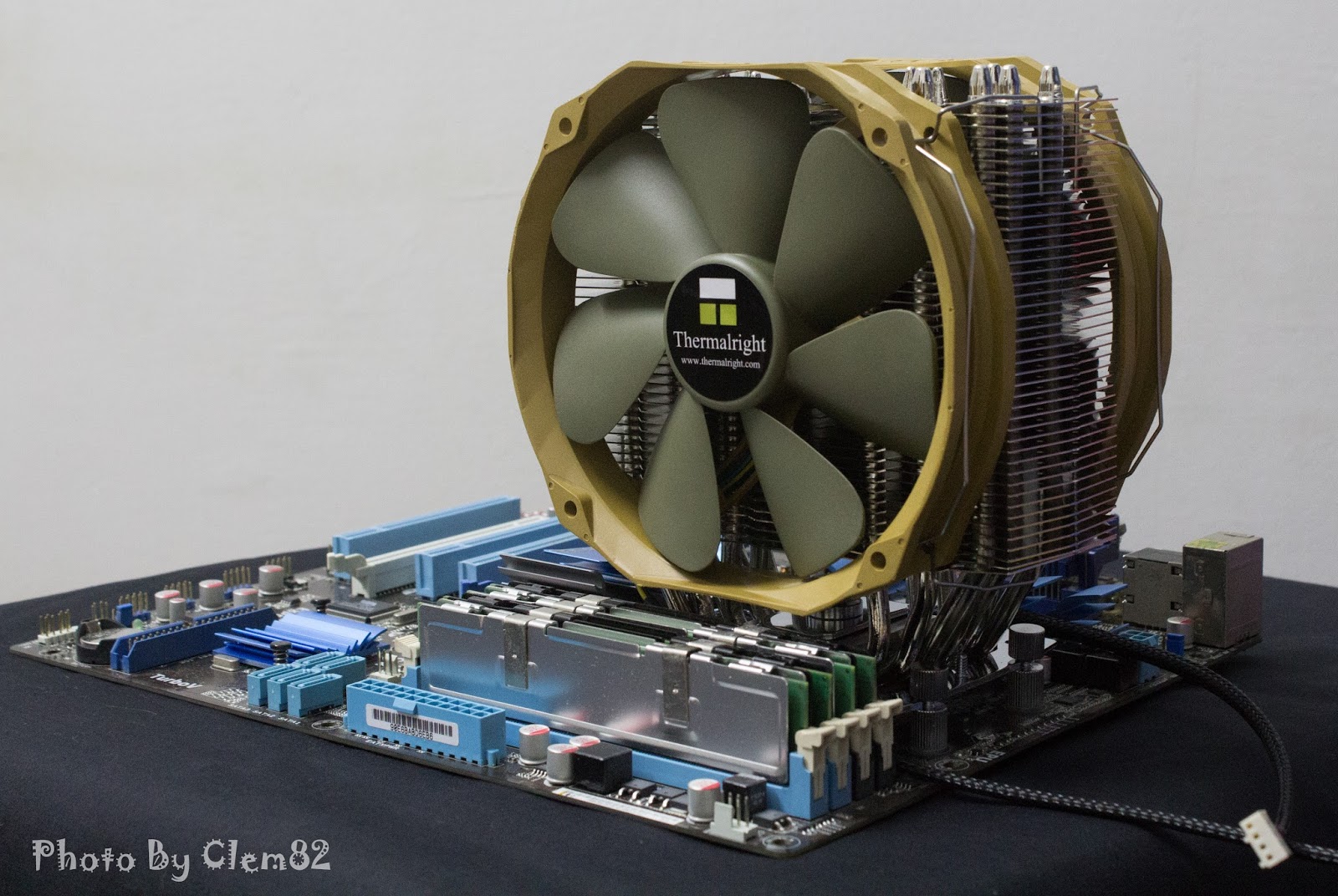 Just another shot of the Archon fully mounted, not too shabby.

The Thermalright Archon SB-E X2 will be pitched against the CoolerMaster Hyper 212+ (push/pull) on an AMD PhenomII 710 x3. Temperatures will be recorded via CPUID HWMonitor v1.23.0. for both Idle and load. Since this is a 95W TDP CPU, I ran Prime95 (v25.11 build 2) on blend test to max everything out along with the MSI Kombustor to load the GPU to produce the extra heat in the chassis.
Truth be told, I wasn’t expecting any major improvements, with the Malaysian weather being the way it is and besides, the Hyper 212+ has kept the temperatures down all this time, but looking at the results, you could imagine how I was dead wrong. I mean just look at the differences! 6 to 7 degrees C improvements on idle is probably not much difference but the load is a whopping 15 degrees C lower! and for the record, this is done in a non-air conditioned room. I’m very impressed indeed.

So if you’re looking for an improvement over your CPU stock cooler, the Thermalright Archon is should definitely be on your shortlist. I was already impressed by the design at first, from the mirror polished heatsink to the meticulously designed mounting system, Thermalright’s dedication to quality is the finest I’ve seen. I need not say anymore about the performance, the numbers do not lie.

Okay, there are probably something that would prevent you getting the Archon. First of all, your chassis would need to have a clearance of 170mm for the CPU cooler as most users I know will most likely have mid towers or smaller chassis. The sheer size and weight of it will deter some users as well, the idea of having a big chunk of metal hanging from their motherboard is not to everyone’s taste even if they have a full tower chassis and would opt for water-cooling loops instead; the colour combination of the two fans are not helping in this sense either.

Having said that though, the Archon’s advantages outweighs it’s disadvantages. This is an air-cooler that would rival the performance of many AIO water cooling loops! (according to multiple sources) and being at about half the price of AIO water coolers will allow users to get their hands on a more decent parts for their Rigs. Aside from that, there is no worries of leakage and the low maintenance means more time for gaming and less time fussing about.

I think this will be my top HSF for quite some time and builds.