Here we are on the last day of June 2022, Sun Cycle has announced more products that they are ready to bring into Malaysia. Let’s have a look at what’s new.

First up are the Fractal Design Pop Air series cases which feature a solid foundation and build quality, offering users a variety of options and spaces to design their one-of-a-kind PC. The Pop Air and Pop Mini Air come with three 120 mm Aspect 12 RGB fans, whereas the Pop XL Air comes with four of the RGB fans.

All of the cases are equipped with an easy-to-clean front mesh that serves as a dust filter while allowing for maximum airflow as well as an easily mounted tempered glass side panel that allows users to showcase their components.

If you’re into minimal-looking with low noise cases, the Fractal Design Pop Silent series cases have you covered with its excellent noise reduction thanks to a closed front, a closed top, bitumen side panels, and sound-damping foam.

The Pop Silent and Pop Mini Silent also come with three of the 120 mm Aspect 12 RGB fans while the Pop XL Silent comes with four of them. Additionally, the Pop XL Silent is equipped with a top panel that can be removed for two additional fan placements. Up next, the Tecware B68+ is a 65% layout keyboard that features PBT double-shot keycaps in 2-tone colorways, Gateron switches, as well as a 2000mAh battery. It consists of three-mode connectivities alongside wireless 2.4Ghz (USB-A Dongle), wired (detachable USB-C), and Bluetooth 5.0 with smoother connectivity for users. Last but not least, the Tecware Veil 80 comes in a 75% layout that utilizes PBT keycaps with dye-sublimated legends, a smoke-black translucent case, hot-swappable Kailh switch sockets, and a 4400mAh internal battery. Just like the B68+, it also features three-mode connectivities (wireless 2.4Ghz, wired, and Bluetooth 5.0).  The keyboard is equipped with a volume knob which enables users to freely adjust the volume while on a call or in-game.

Both the Tecware B68+ and Veil 80 are currently available in the market while the others are still at their finalizing stage.

TEAMGROUP has teamed up with InWin to launch their brand new T-FORCE x InWin 216 PC case; let's check it...

Moving toward the mid of November, we have Sun Cycle's word that they are bringing in a new gaming monitor... 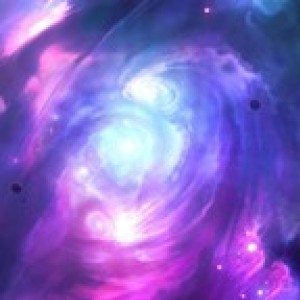