Since Intel first launched their first generation Core-i processors, the TUF series motherboards from ASUS earns its reputation of being outstanding reliability and durability. as well as with the iconic thermal armor and a promising 5 year warranty that no other motherboard manufacturers offers. Throughout the years, the once Sabertooth only TUF series motherboards has diversified into a number of models i.e Sabertooth, Gryphon, and Vanguard to suit users with different needs.

In today’s review, we’ll be examining the latest member in the TUF Series motherboard, the TUF Trooper B85. The Trooper B85 is a rugged, high-value motherboard designed to withstand all conditions and heavy loading, tested to exacting military standards for total protection to offer exceptional durability and long-term reliability and it comes with the 5 year warranty from ASUS.

The box of the Trooper B85 comes in the usual sleek design as the other TUF series motherboards, with the 5 years warranty badge visible at the bottom left corner of the box.

A preview of the motherboard and it’s prominent features such as TUF LANGoard, TUF ESD Guard 2, TUF Component etc is mentioned at the back of the box.

Being an entry level TUF board, you won’t be getting any of the fancy accessories and thermal armor. Same goes for the back, there’s nothing much worth mentioning on back of the motherboard, no TUF fortifier of course.

A closer look shows that the components used on the Trooper B85 is somewhat beyond what we would normally see on a standard B85 chipset motherboard – Japanese-made 10K black metallic capacitors that offer 20%-better temperature endurance for a lifespan that’s up to five times (5X) longer, and TUF’s chokes are manufactured using high-grade anti-oxidization materials to provide better heat dissipation and unbeatable durability.

4+4Pin power for CPU, DIGI+ VRM for that extra reliability in terms of power delivery at the usual place.

TUF LANGuard socket has advanced signal-coupling technology and premium surface-mounted capacitors to improve throughput, protects the motherboard from lightning strikes and static electricity. Aside of that, the TUF Trooper B85 also features the upgraded TUF ESD Guard 2 to defend numerous ports against sudden electrostatic discharge which covers all USB sockets and audio connectors — an exclusive pin-level testing on specific rear input-output (I/O) connectors that is 30% higher than the previous TUF standard.

Nothing is particularly special with the connectors either, but you’ll still get the necessities such as USB 3.0 header, SATA ports, etc on the Trooper B85.

TUF Trooper B85 comes with audio design with ASUS boasts to feature physical shielding and premium components to ensure precise separation of analog and digital signals, as well as minimizing crosstalk interferences. 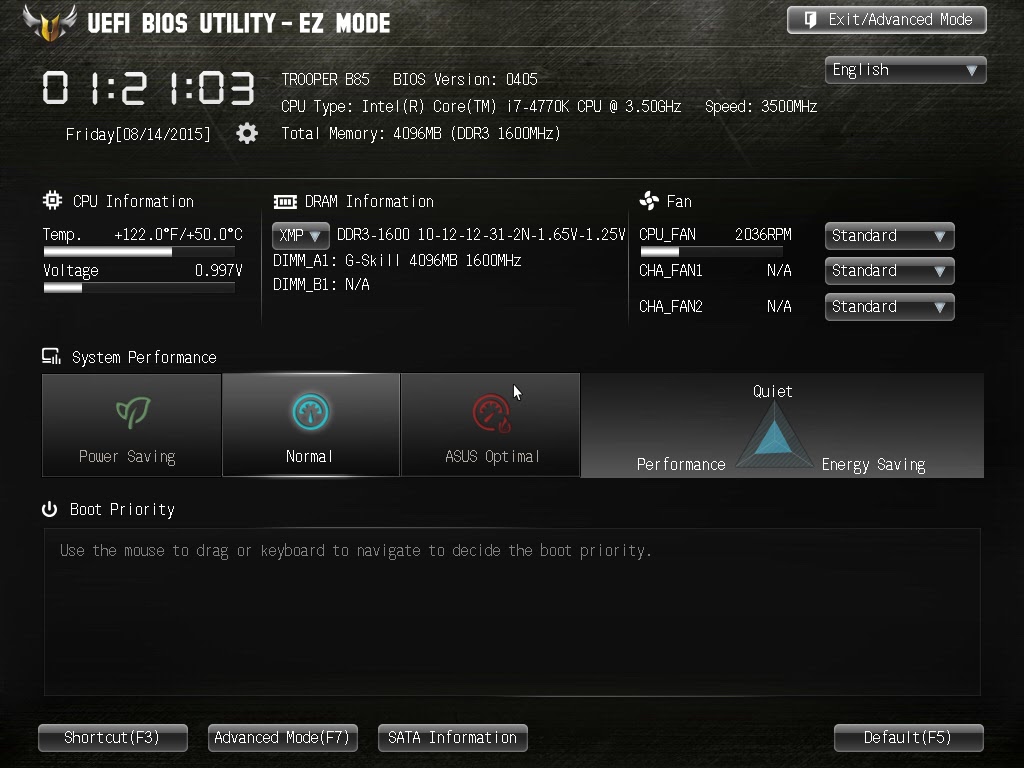 Accessing it the first time will lead you to the Ez Mode interface that has all the basic functions to allow quick and easy system optimization even to entry level users. Pressing F7 allows you to access more tweaking options to enhance your overall system performance. Though the interface somewhat reminded us the UEFI BIOS interface of the Sabertooth Z77, with the color scheme as the only notable different. 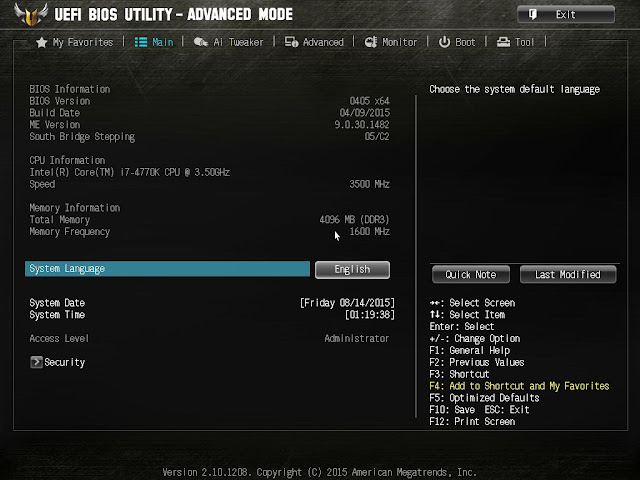 Pressing F7 allows you to access the Advanced Mode (pressing F7 again will revert you back to the Ez Mode) for more tweaking options. The main tab details the basics of your system and also the option to adjust your system date, time and language. 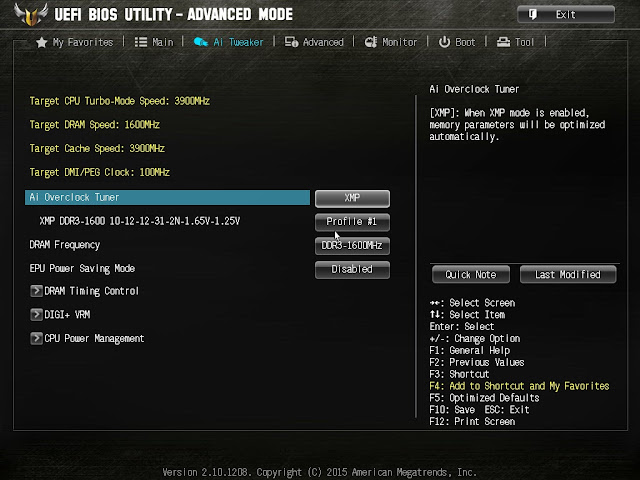 The Ai Tweaker is where advanced users usually spend most of their time tuning their system clock speed, voltage, strap, etc for the Z-series motherboards especially for overclocking. The only thing you can do with the AI Tweaker here is to change the XMP profile to push your memory frequency to 1600MHz at most. 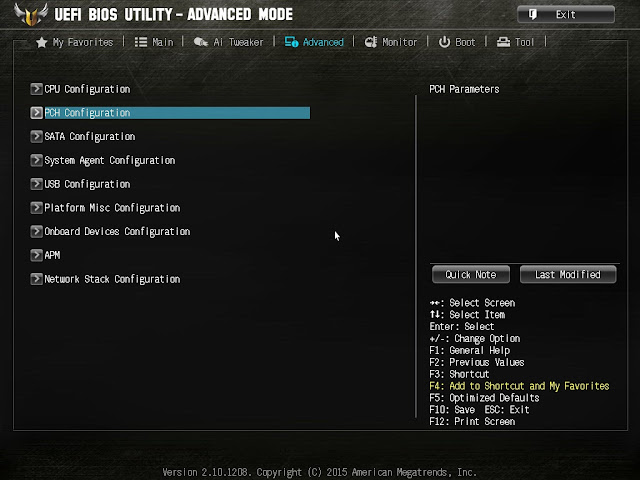 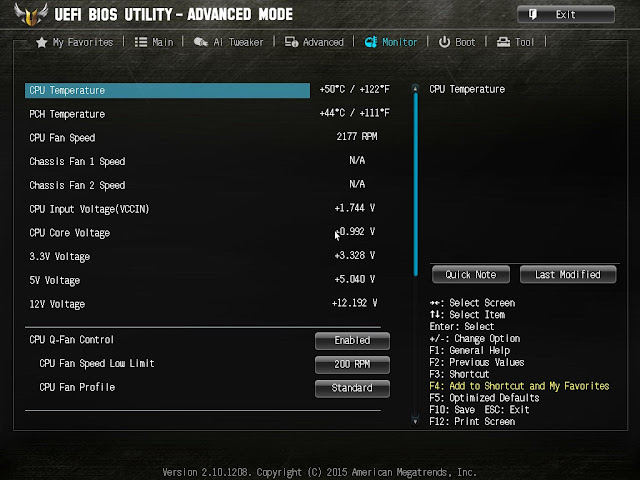 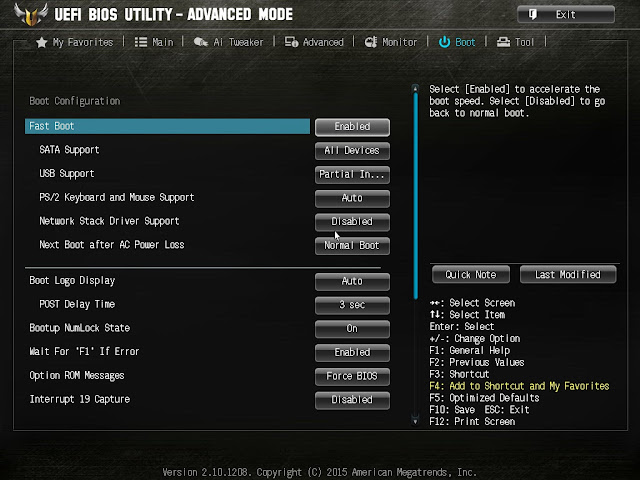 The Boot tab allows you to adjust both boot options and POST options. 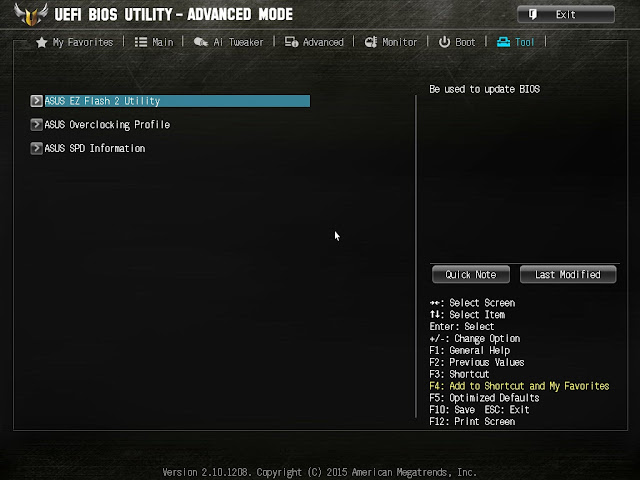 Fan Control, a feature that allows you to optimize your overall system cooling with the help of the thermal tuning and CPU assessment that helps to evaluate how well is your cooling system.

Thermal tuning on progress, loading your system while intelligently tuning each fans attached to the Trooper B85 to effectively remove heat from your system.

After thermal tuning, CPU assessment helps to put these adjusted fans to the test!

Up next is the recorder, a function that allows you to monitor the temperature, voltage and fan speeds to see how your system reacts under idle and load. There is also an option to record the reading form the graph for your future reference.

System information utility allow users to navigate the details of their motherboard, CPU and Memory – similar as the CPU-Z often used by advanced users during over-clocking session.

No function that affect any of the system performance, the version viewer only display the version of the programs in the AI Suite 3.

Let’s put it this way, the TUF series motherboards are like cars. Sabertooth stays on the higher tier while Vanguard and B85 Trooper B85 is basically something like the most basic car to own in the series that comes with the most basic features you need.While it looks basically just like a normal entry level B85 chipset motherboard, the Trooper B85 is made to be tougher than most ordinary B85 chipset motherboards. Built with pretty much the same technology found of a TUF series boards (ESD protection, Solid capacitors, TUF chokes, etc), a good alternative for those who are looking for an affordable TUF board but doesn’t need those fancy features, besides it comes with a considerably long warranty period. The only problem is, it comes with only 2 memory slots and for those who require more than 16GB of memory might want to opt for the Vanguard B85 instead.

With reference to the AMD Computex 2020 keynote, ASUS has launched its ROG Crosshair X670E Extreme motherboard to support the...

ASUS ROG's latest livestream event For Those Who Dare: Boundless has showcased items of both technology and fashion which is...