Due to the higher cost of SLC and MLC NAND flash, more and more SSD manufacturers have opted for TLC NAND flash to deliver affordable high-speed storage solution for the end-users. While there are still users who questioned the reliability of TLC NAND compared to SLC and MLC NAND, the manufacturers have continuously improved their design to deliver better NAND flash with higher capacity, better performance, and reliability by day.

The ADATA Ultimate SU800 256GB we have here today is one of ADATA’s new entry-level SSD that uses Micron’s TLC 3D NAND flash which the company claimed to offer high performance and better reliability over most previous designs. Special thanks to Lazada Malaysia and ADATA for making this review possible. We’ll keep the introduction short and let’s dive into the review to see what kind of performance and features can we expect from the SU800. The ADATA Ultimate SU800 256GB comes in rather fancy packaging. There are not many details you can find at the front of the box except for the product name, capacity, product picture. There’s a 3D NAND badge at the top right corner as well, which indicates that the SU800 uses 3D NAND Flash (Micron’s 3D TLC NAND to be exact) which higher endurance compared to most TLC NAND Flash.

At the back of the box, you’ll find some details on the drive read and write performance, briefly described features and specifications. There are also QR codes available where you can access the product registration page and redeem your free bundled software. The content of the box, the warranty guide, a spacer bracket for notebooks with 9mm thickness HDD bracket, and of course, the SU800 SSD. The first thing to notice is that the SU800 comes with a plastic enclosure instead of a metal enclosure. While it’s not something that would affect the SSD performance but plastic enclosure will somehow give that feeling of inferior to some users. 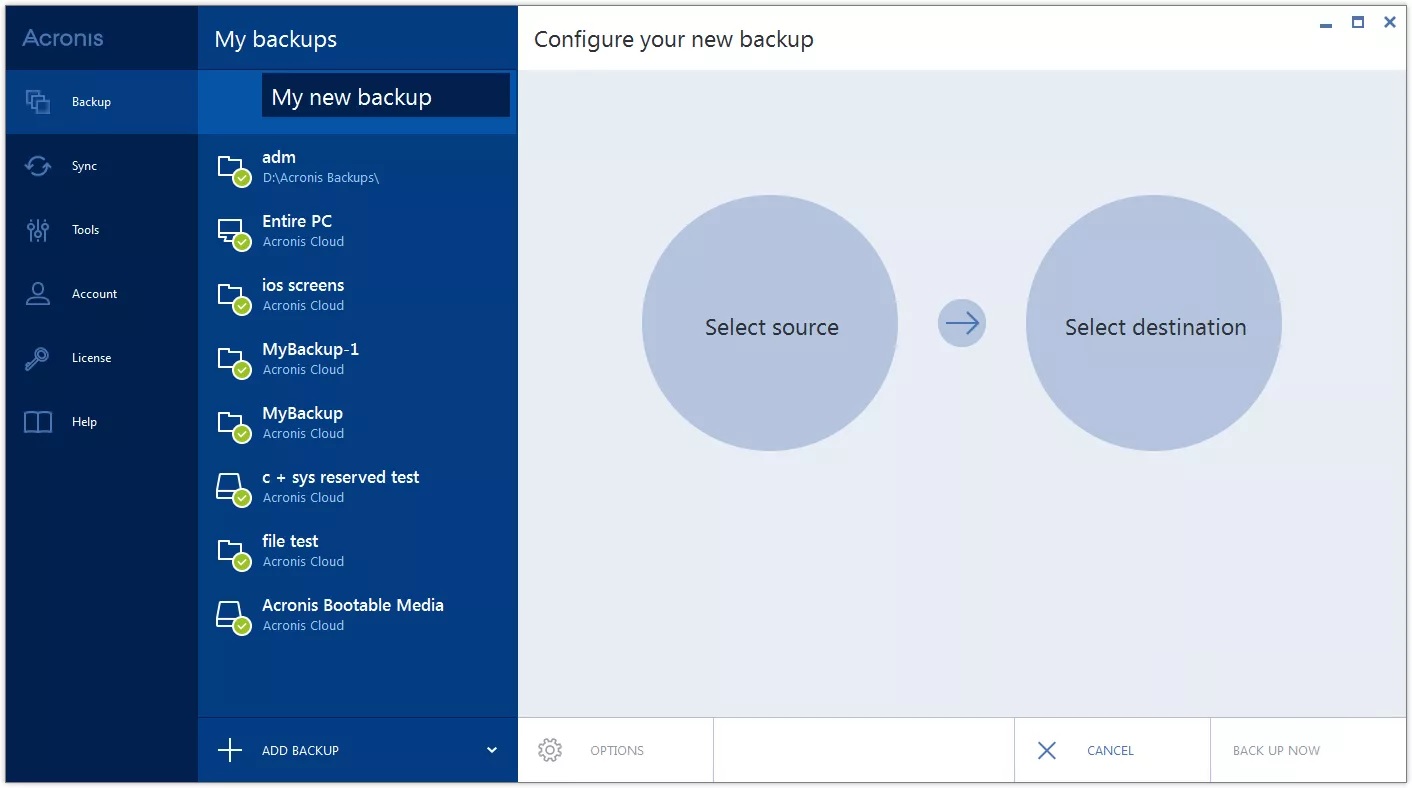 This is probably one of the best things you can get with the ADATA Ultimate SU800 which most competitor doesn’t offer, it comes with a free license for Acronis True Image HD 2015. Acronis True Image HD is a renown name among the data backup and recovery software and it’s easily one of the best in its class.It’s packed with awesome features that is a few clicks away, i.e data backup to physical drives or cloud storage, disk cloning, creating rescue disk, and other handy tools available. The user interface is designed to be simple and straight forward so even the non-technical users with limited technical knowledge can perform tasks like data backup, disk cloning with ease. 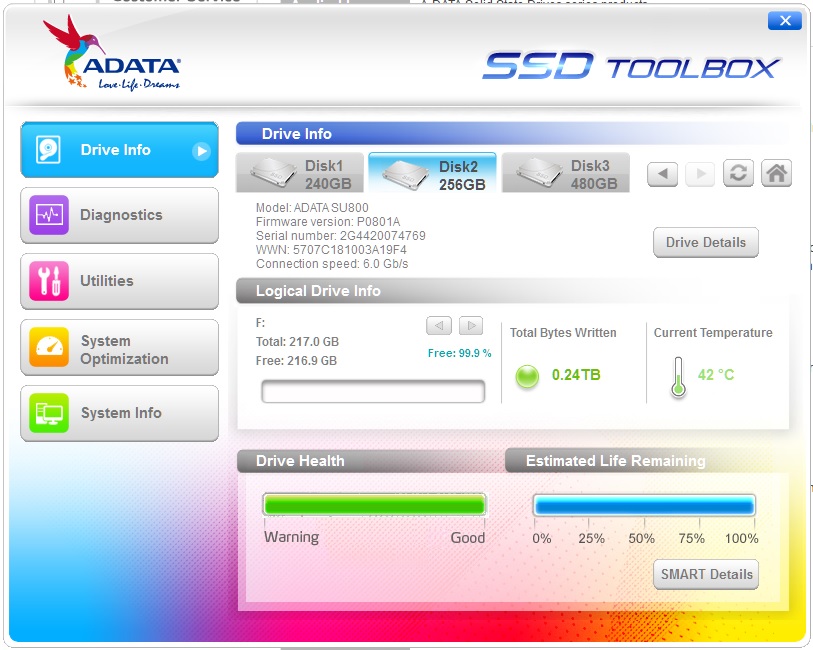 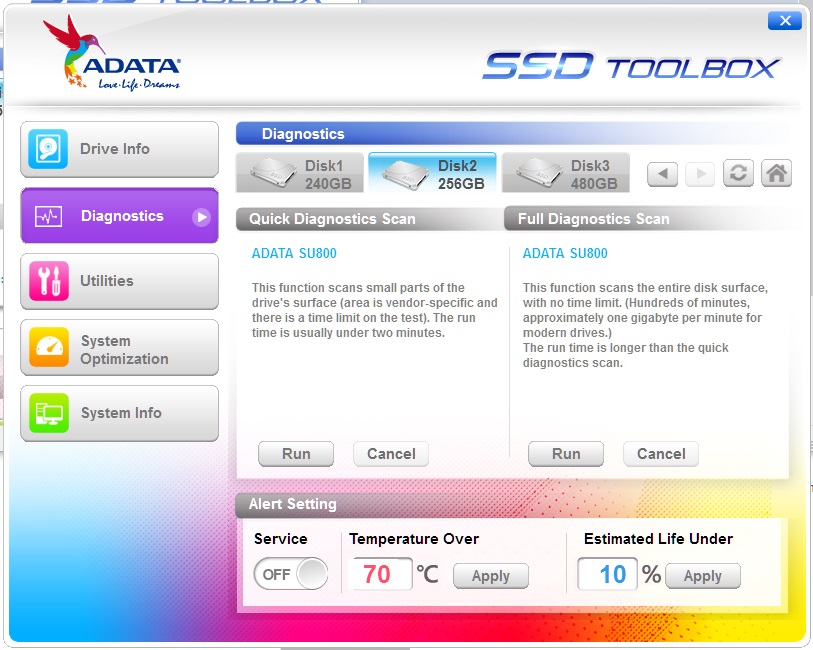 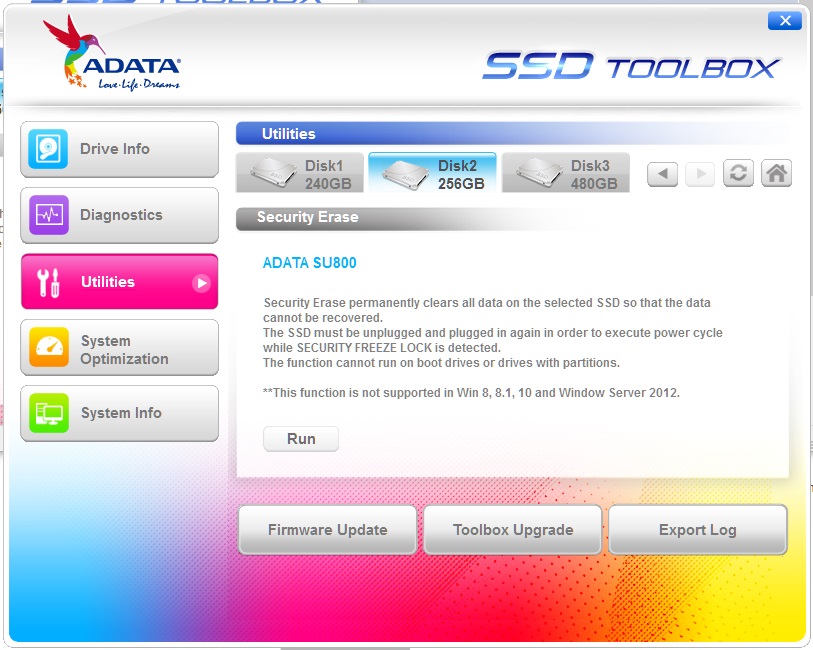 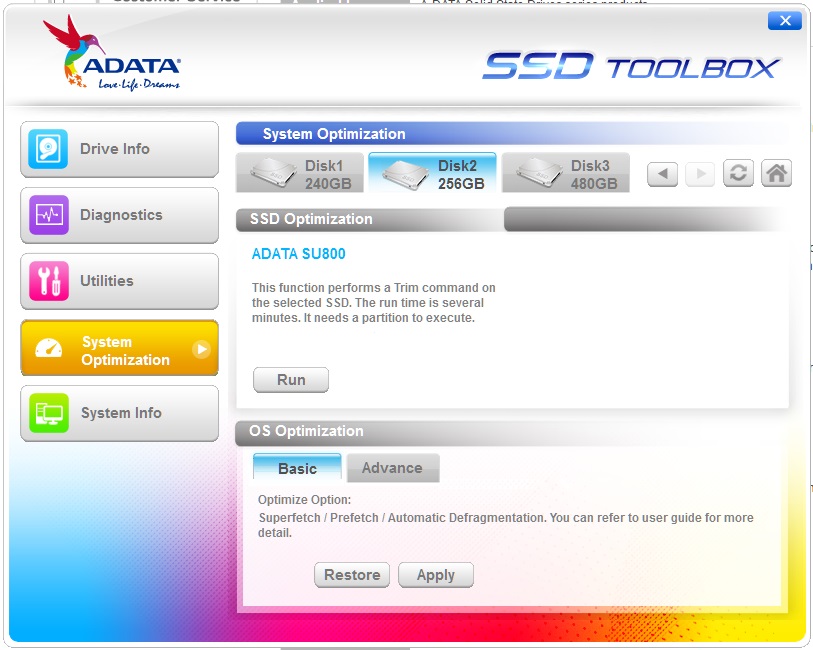 Moving on to the ADATA SSD Toolbox, you can monitor the drive health, estimated remaining life span, drive diagnostic, system optimization, easy firmware and software update, etc. If you’re an Intel SSD user, the user interface and features offered by the ADATA SSD Toolbox are pretty much the same actually.

The most frequently used benchmarking utility by many manufacturers for performance specifications. As ATTO Disk Benchmark uses compressible data rather than incompressible data, it results in higher benchmark scores. We’ve run the benchmark with transfer size ranged from 0.5KB to 8192KB and the total length of the test to be 256MB.

By far the most complete SSD Benchmark utility available. The Anvil’s Storage Utilities not only comes with the standard SSD Benchmark function, but it also includes other functions such as endurance testing and threaded I/O read, write and mixed tests, and option to configure the compressibility of the test data.

We’ve conducted several tests that with several SSD with at least 40% capacity occupied with various commonly used software to simulate the real-world scenario. 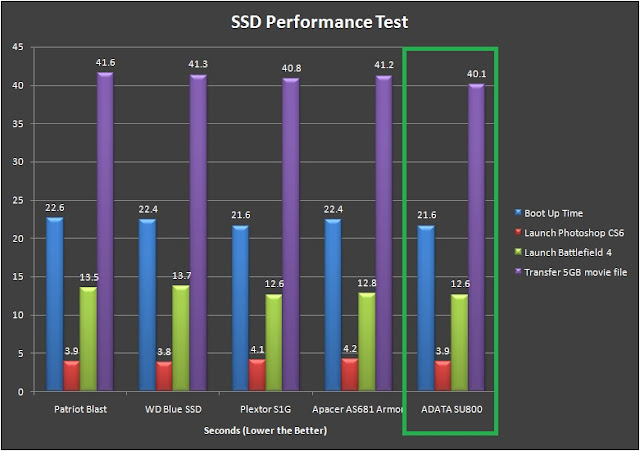 For some of you who are hunting for the budget-friendly, entry-level SSD with decent performance, the RM 349 price tag might not be as appealing as some of its competitors who are offering similar drives of its class under RM300. The highlighted 3D NAND Flash too isn’t actually leading during our tests and there are noticeable performance drop on the SLC write cache when extremely heavy write task from the synthetic benchmark. But then again, these are very unlikely to happen in most daily usage even to us.

Its SSD Toolbox is more or less the same as the one we have for our Intel SSD. The user interface is very straight forward and essential features such as SSD optimization, secure erase, SSD monitoring, firmware, and software update can be accessed with ease. The extra added value to the SU800 is, of course, the bundled Acronis True Image 2015. Most brands that offer similar software often limits the access to these features only for its own products. Unlike what most brands did, ADATA doesn’t limit the features only for its own products as they’re giving you the standalone software that has no ties to any SSD brands and it’s free of charge.

At the price of RM349, the SU800 is deemed a good buy if good bundled software is the qualities you’re looking for on an entry-level SSD other than the performance alone.