Both Ultra Sleek Vortex aka USV fans comes with a thickness of 15mm each, 40% lesser than the 25mm thickness on most conventional cooling fans but does the reduction in size means of reduction in performance as well? 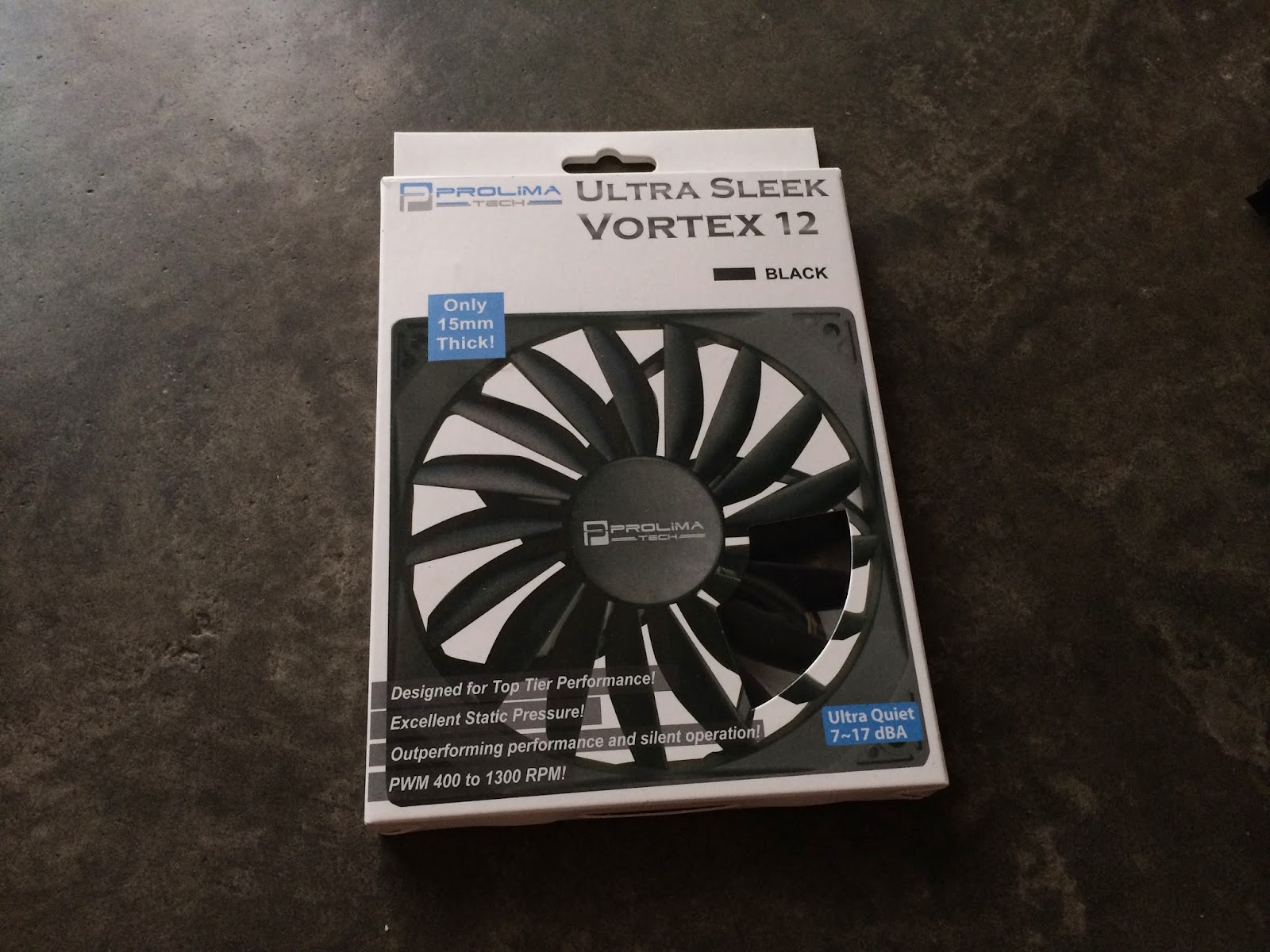 Our first look at the front packaging, the image printed seems to be the actual size of the fan itself and there’s a small cutout area which reveals the fan blade that seems to be aligned with the image in the front. 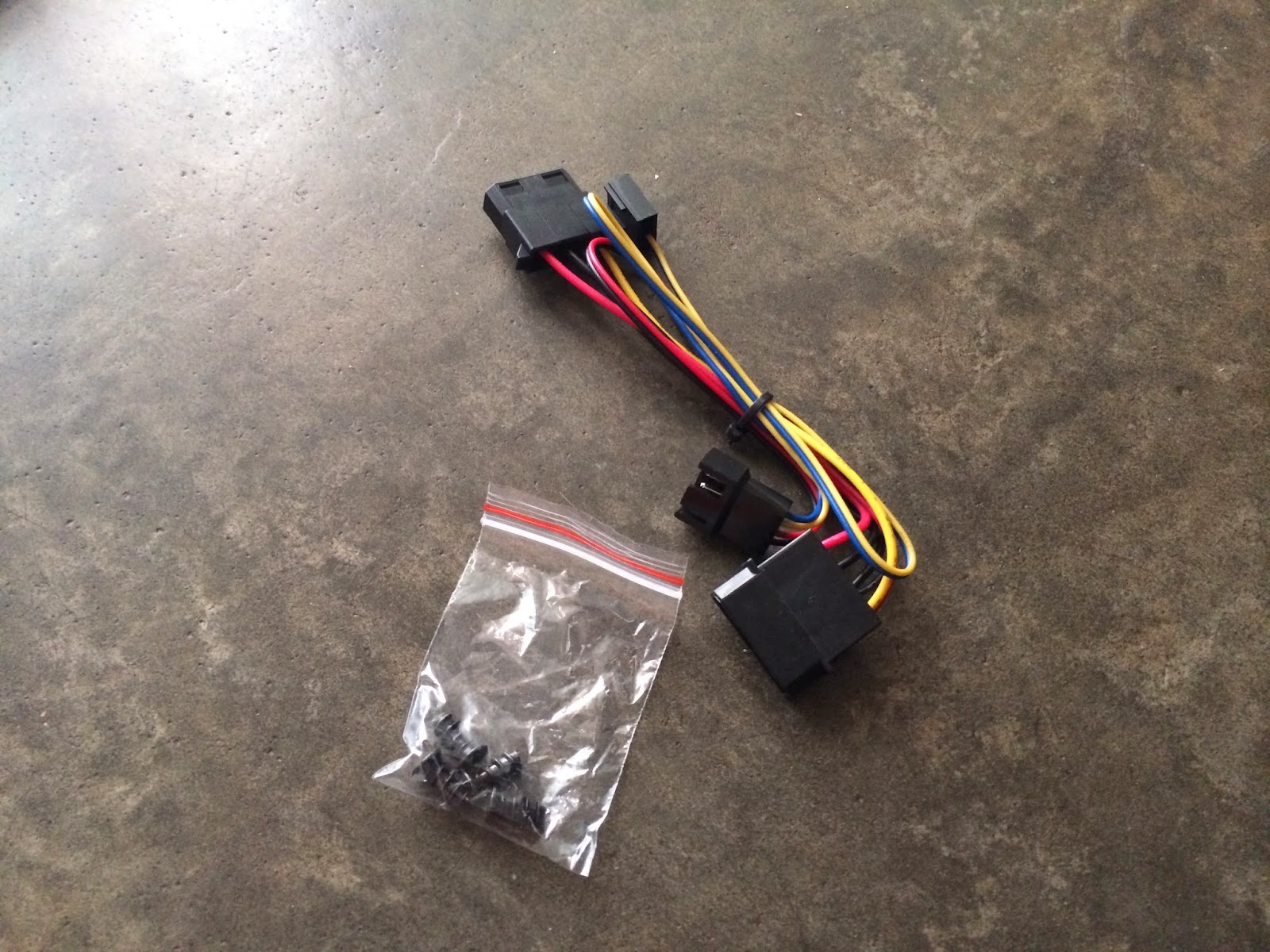 The accessories included, 4 pieces of screws and a 4-pin molex connector. 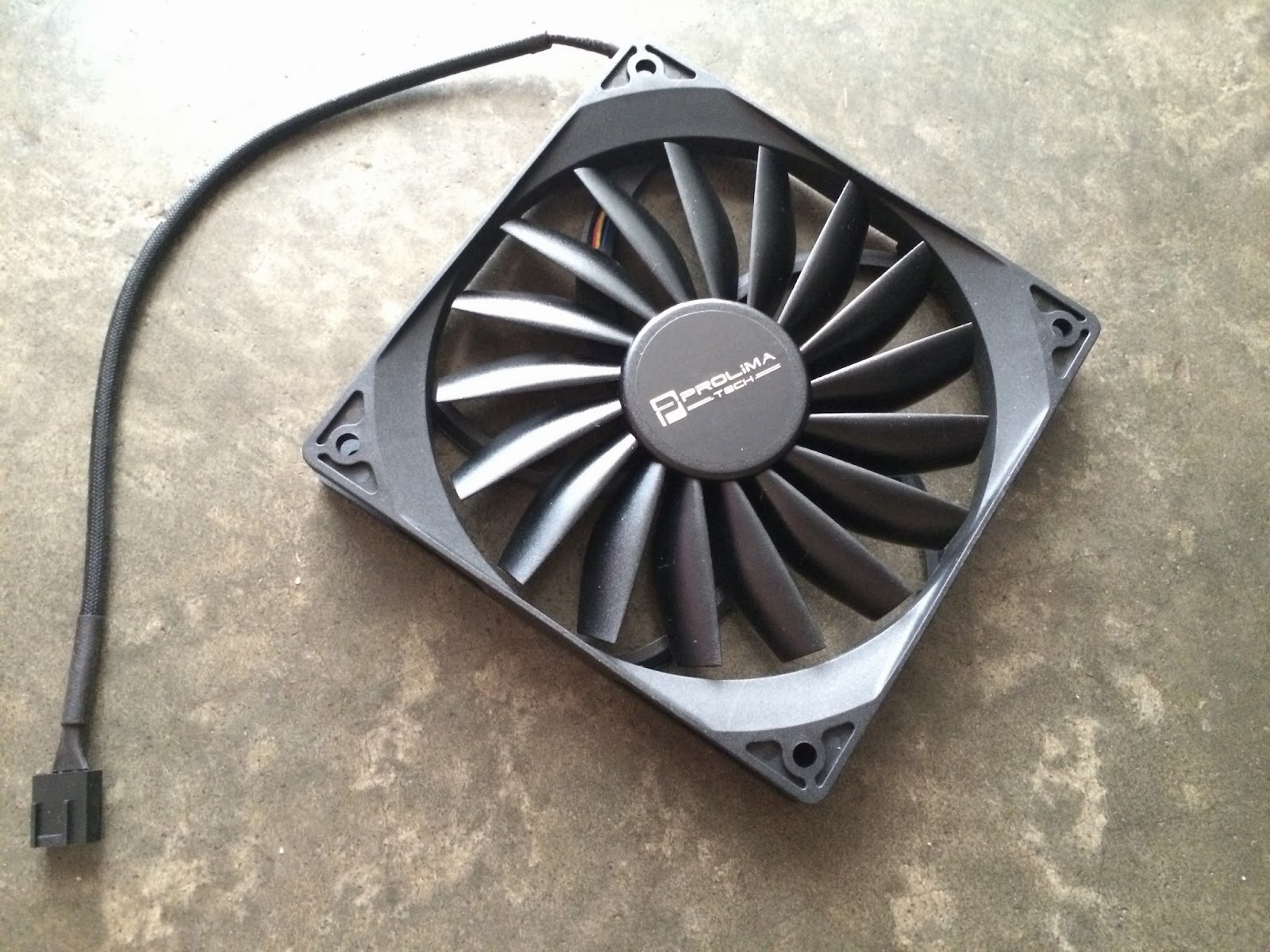 Last but not least, the fan itself. The USV12 comes with a 4-pin PWM connector that offers more power efficient cooling and the cable is sleeved with black rubber sleeving for a cleaner and tidier appearance. 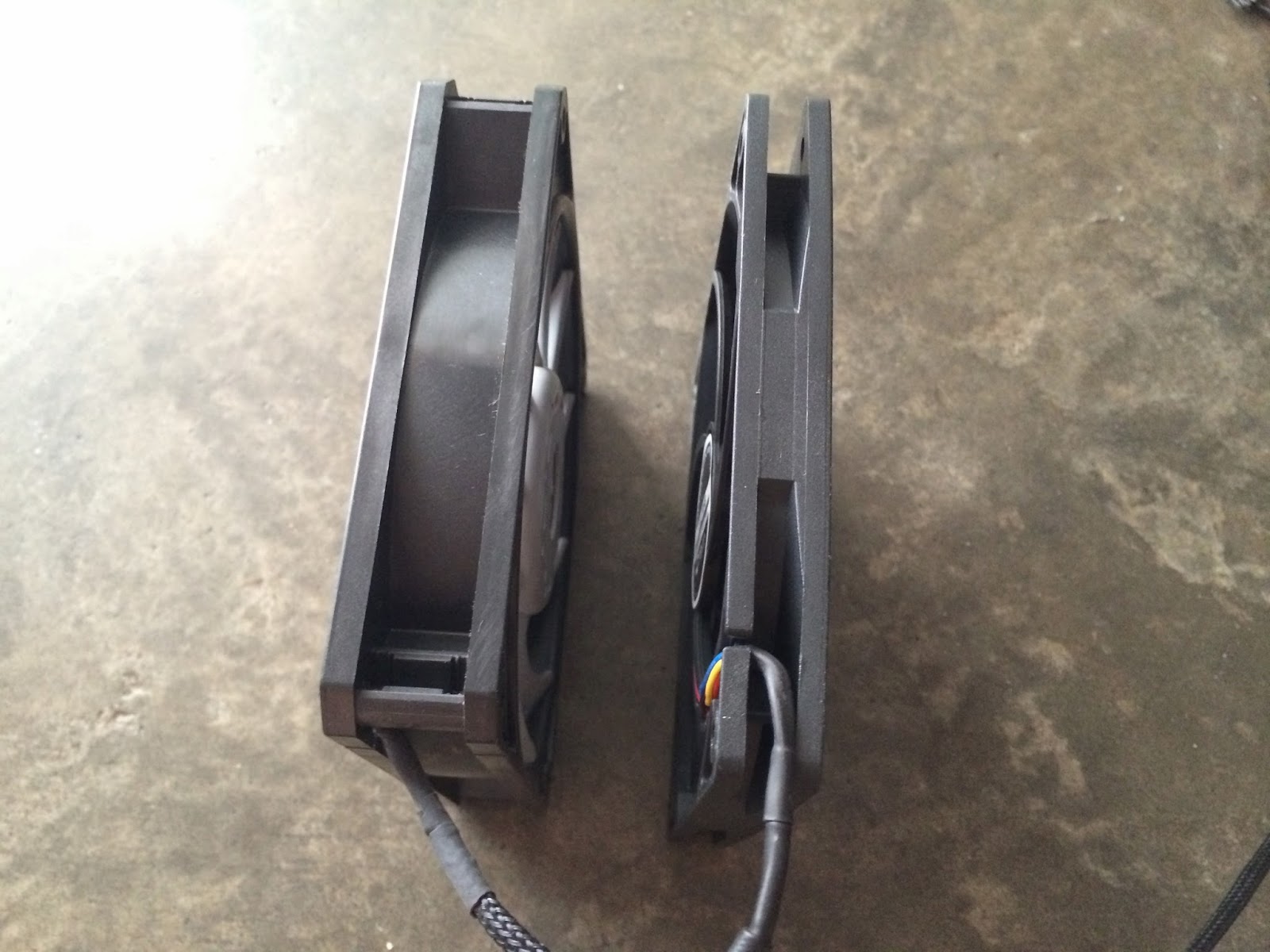 Compared side by side with a Gentle Typhoon AP-15 with 25mm thickness. 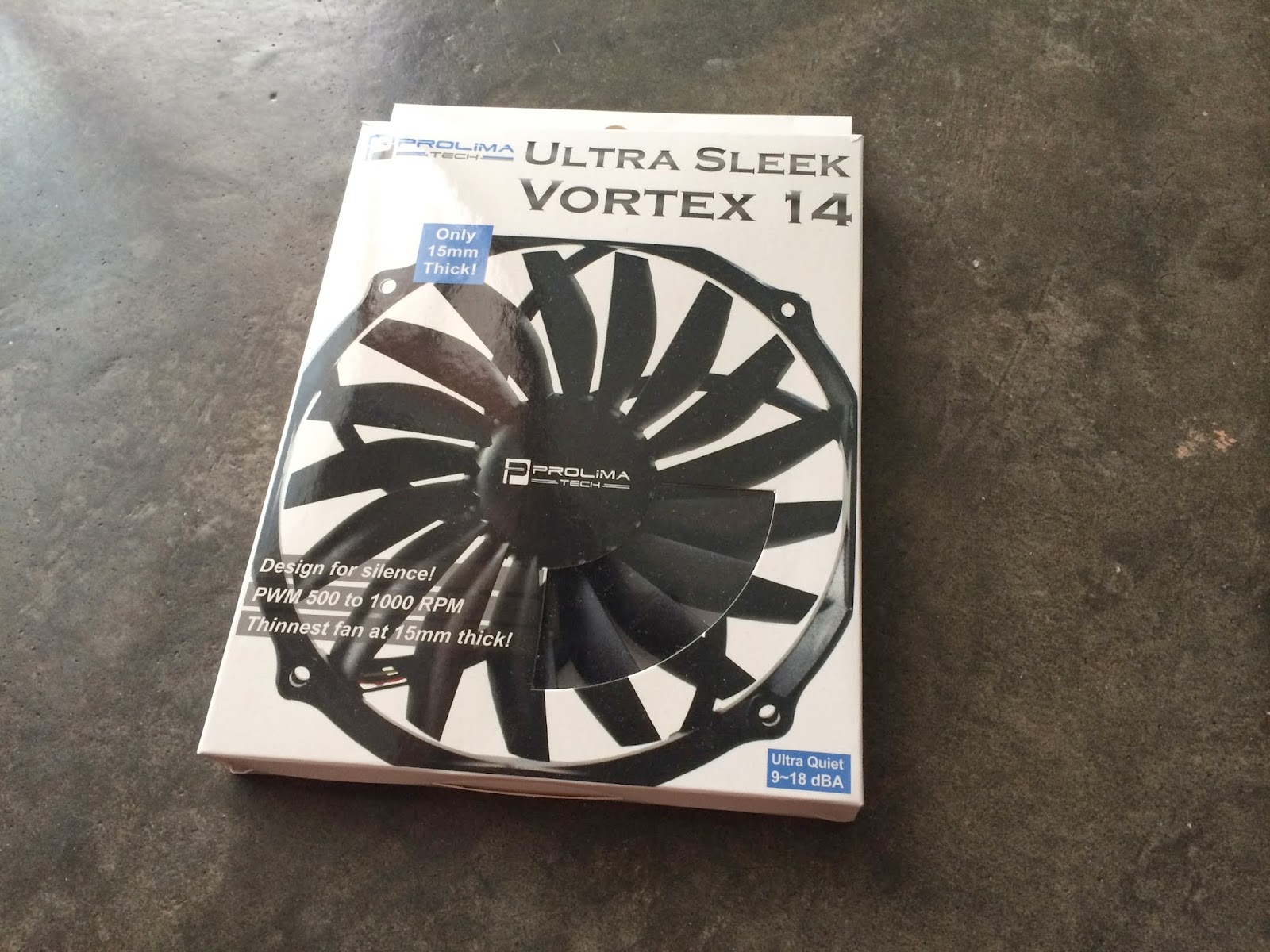 Just like the USV12, the front packaging of the USV14 comes with the same cutout that reveals the fan blades that seems to be aligned with the fan image printed on. 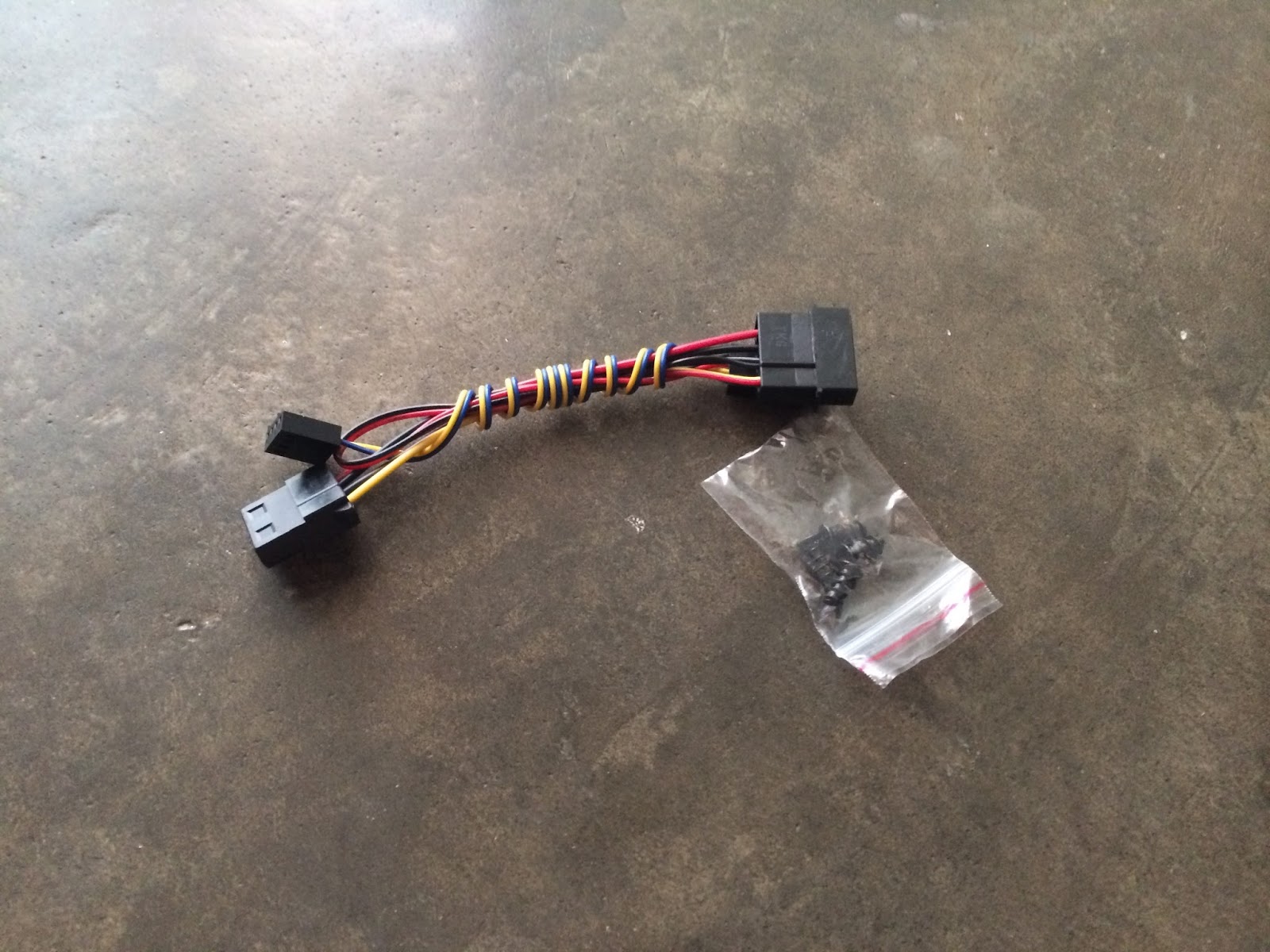 The accessories included is basically the same, 4 pieces of metal screws and a 4-pin molex connector. 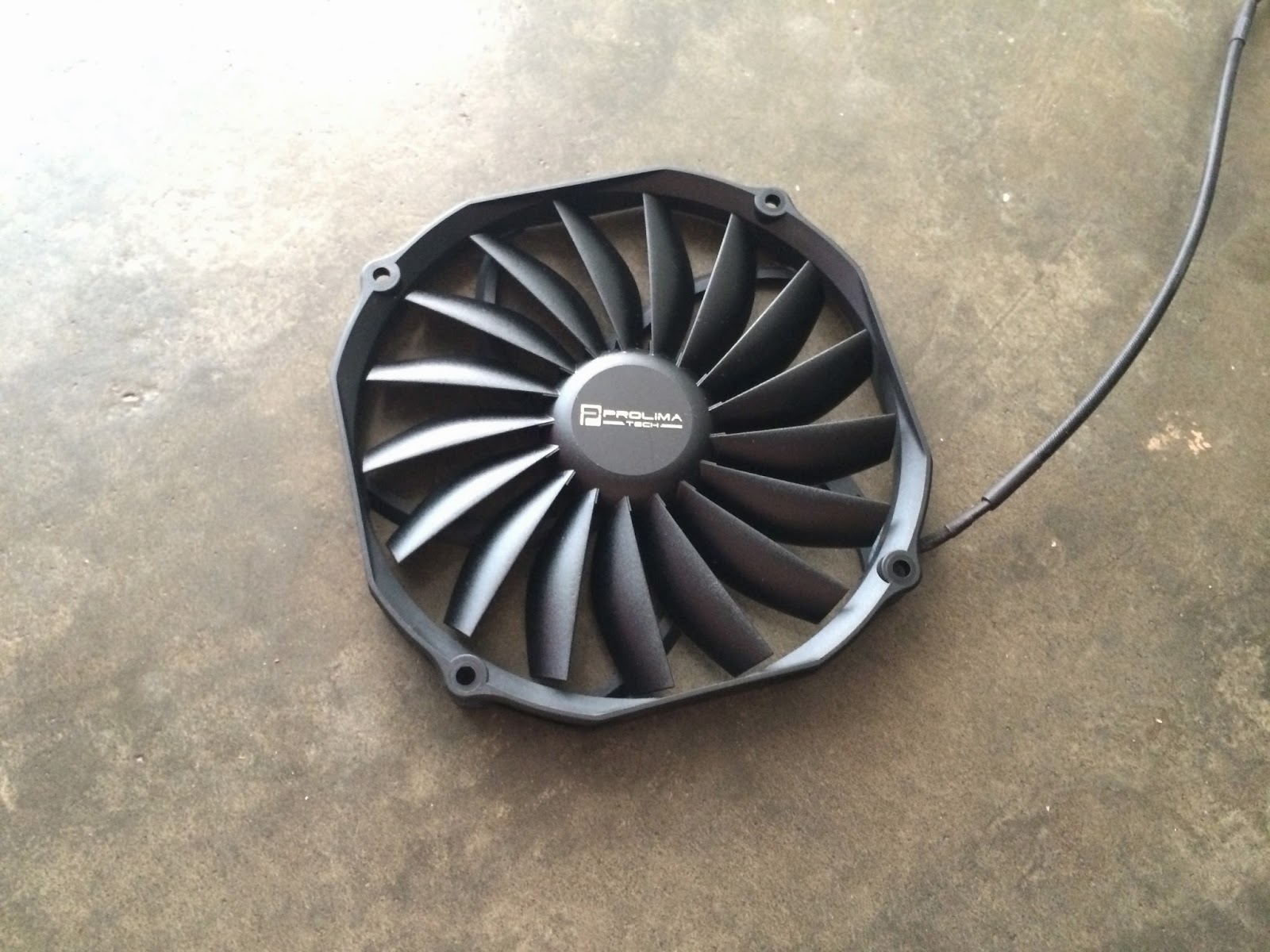 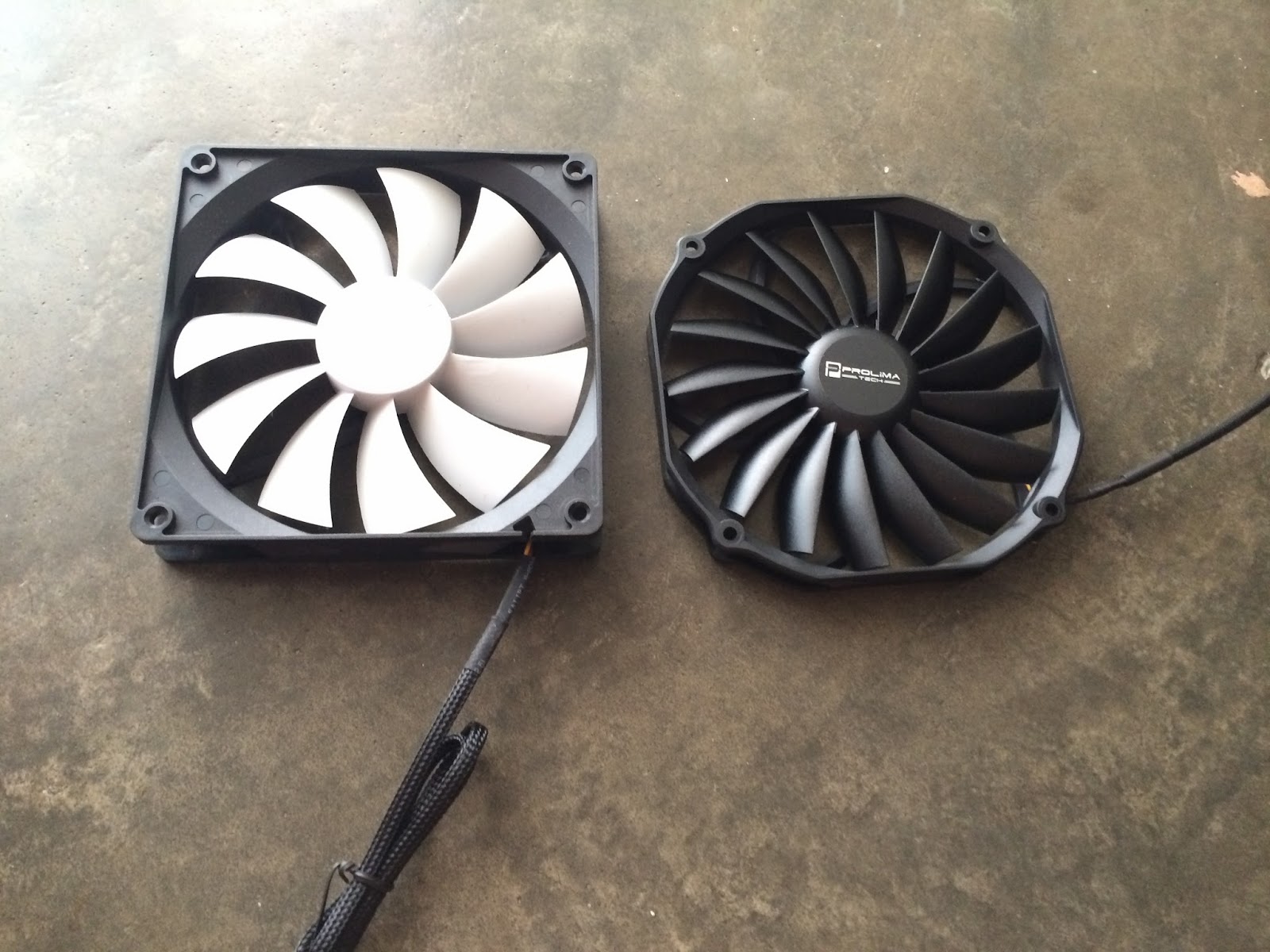 Compared side by side with a Fractal Design Silent Series R2 140mm fan- top view, the USV14 appears to be smaller in size. 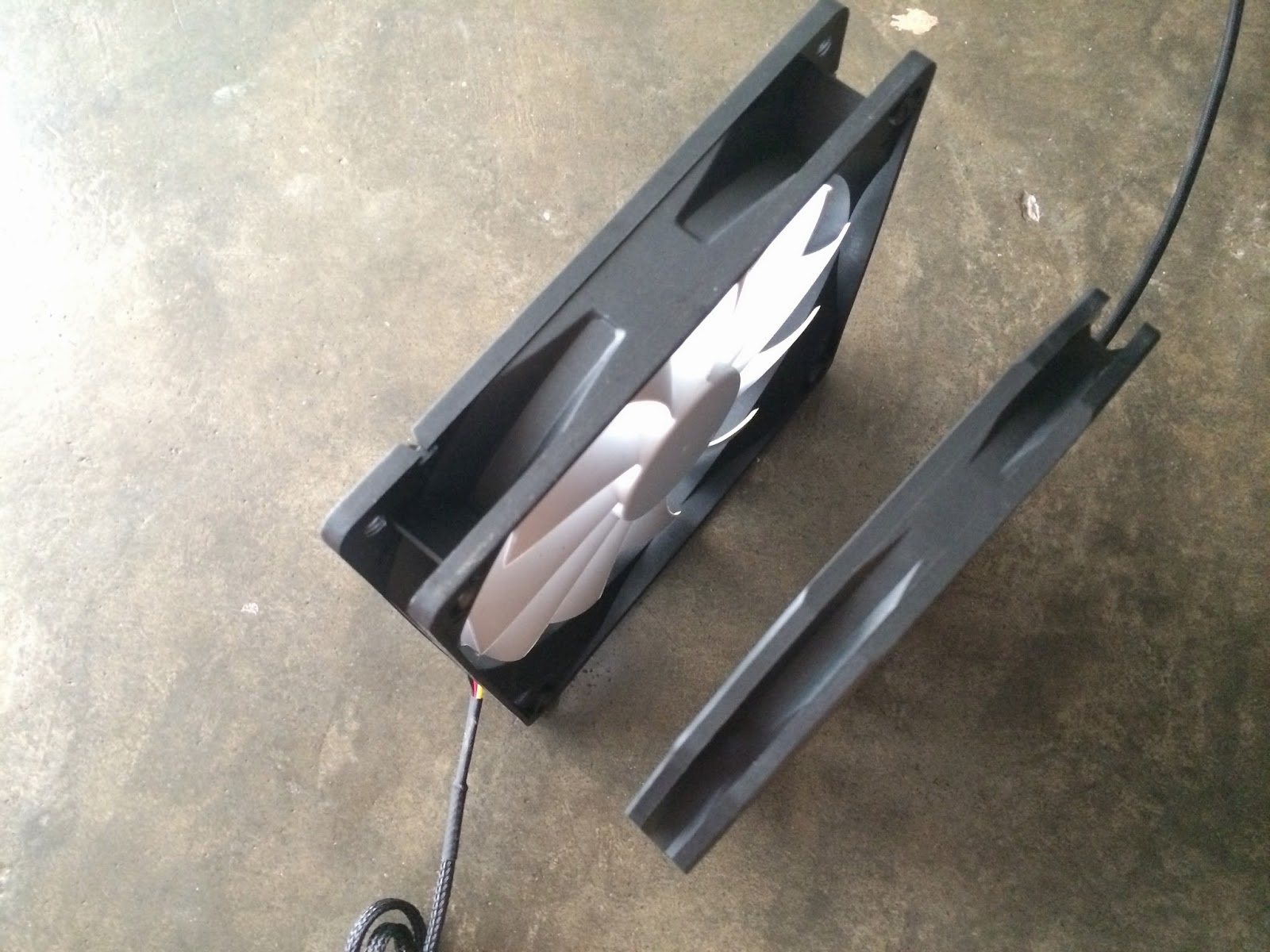 Both USV12 and USV14 has the same thickness of 15mm, but what makes the USV14 special is that there’s some additional perks which can be added to the USV14. 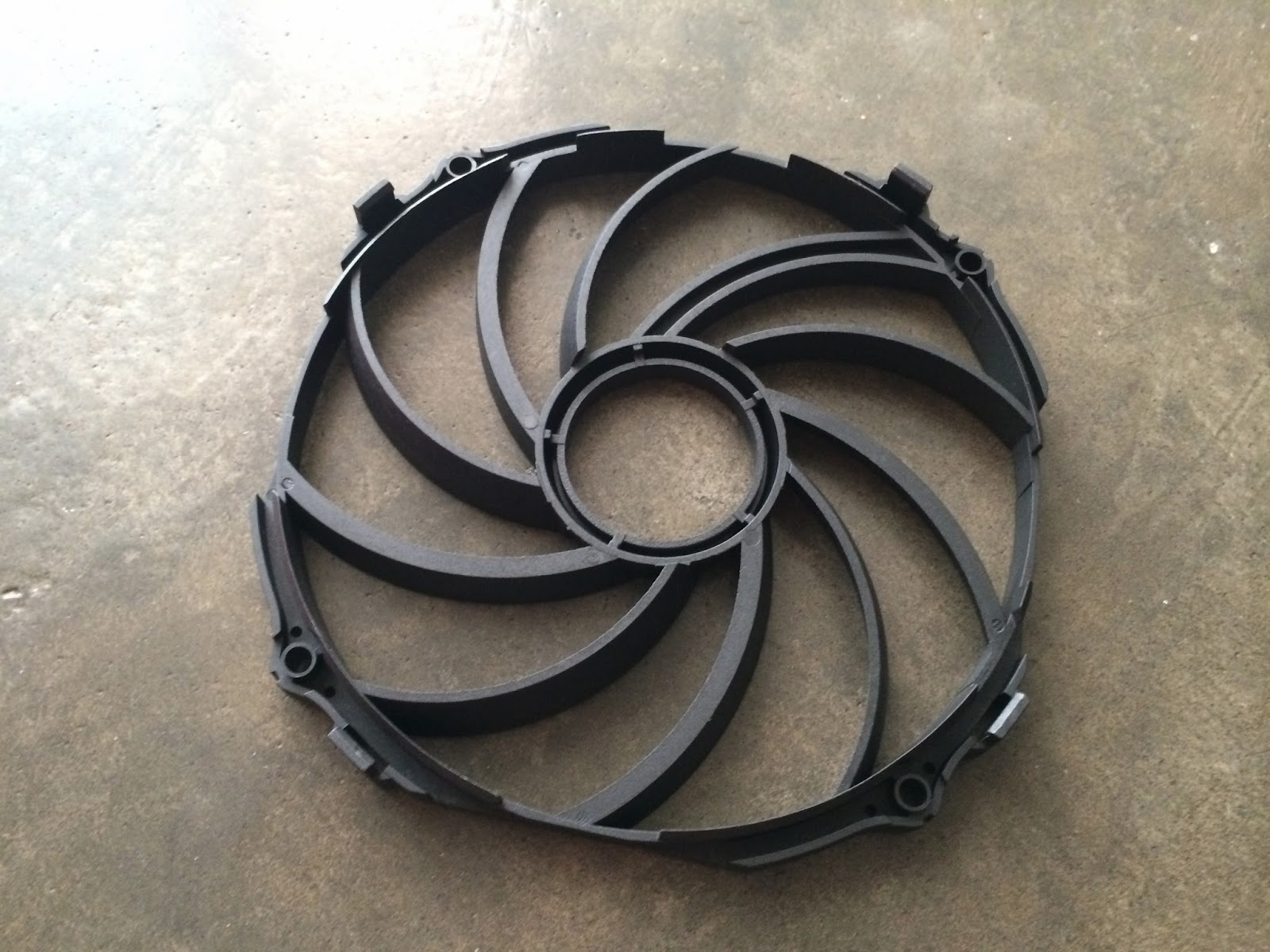 The Static Booster 14 looks like a piece of clip on plastic frame which is very rigid to the touch and the installation is as easy as shooting fish in a barrel. 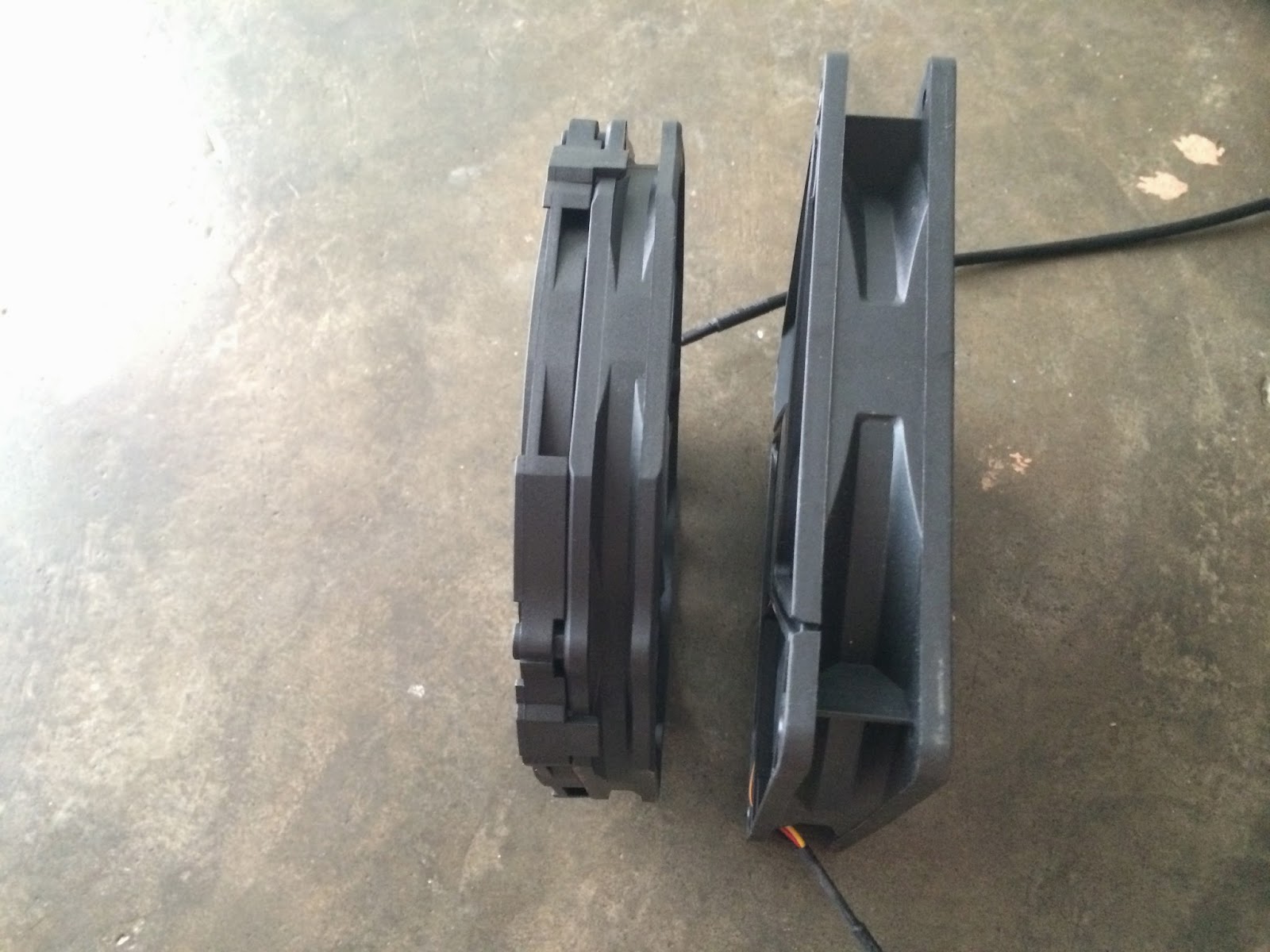 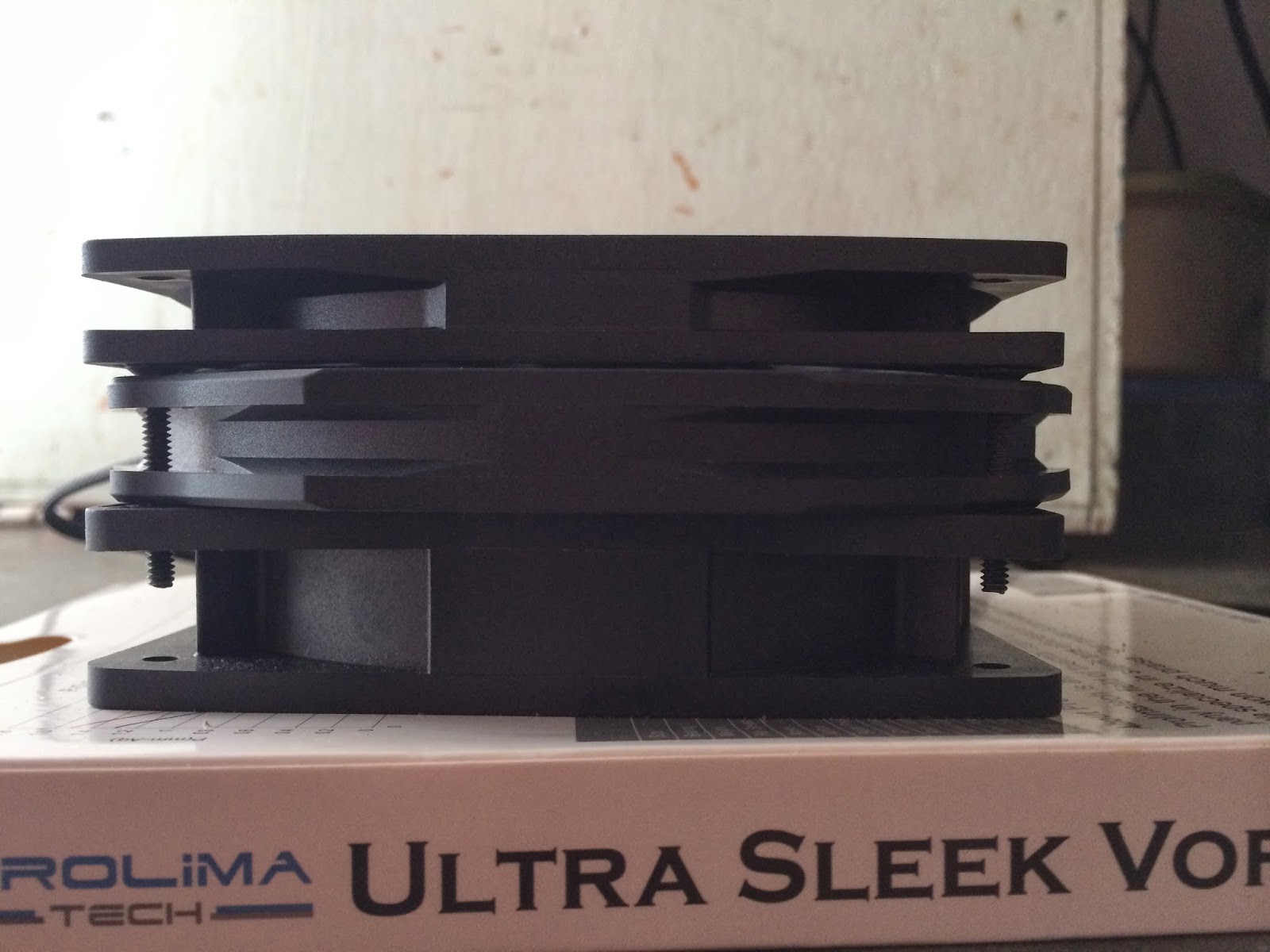 A demonstration on the screw mounting hole on the USV14, the 140mm fan which can be installed to a 120mm fan mount instead of 140mm fan mount. 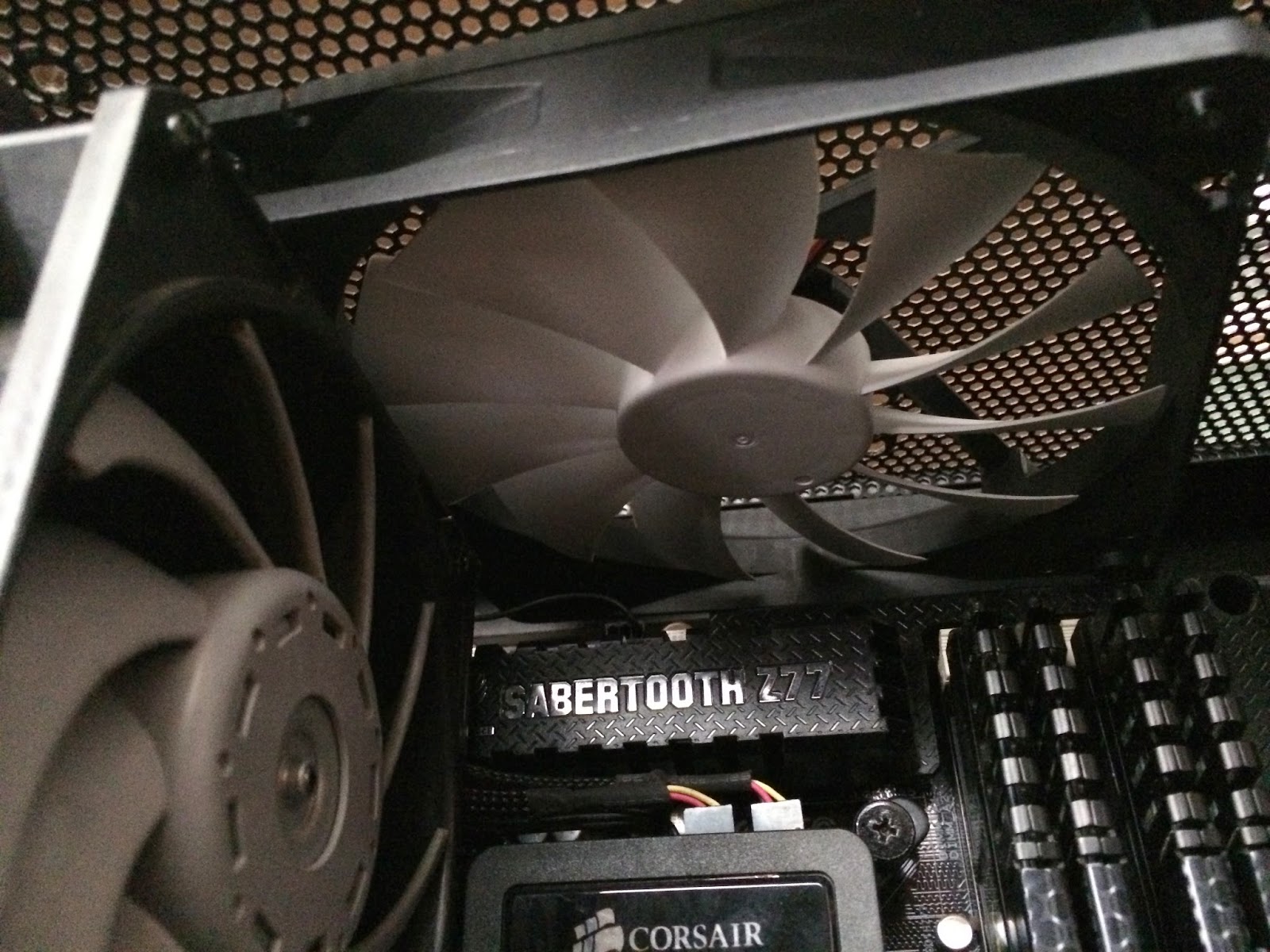 Clearance for fan installation has always been an issue for those who wish to install more fans but their current chassis just don’t seems to allow them to do so. As seen from the picture above, conventional cooling fans is unable to reach a desired spot because of clearance issue. 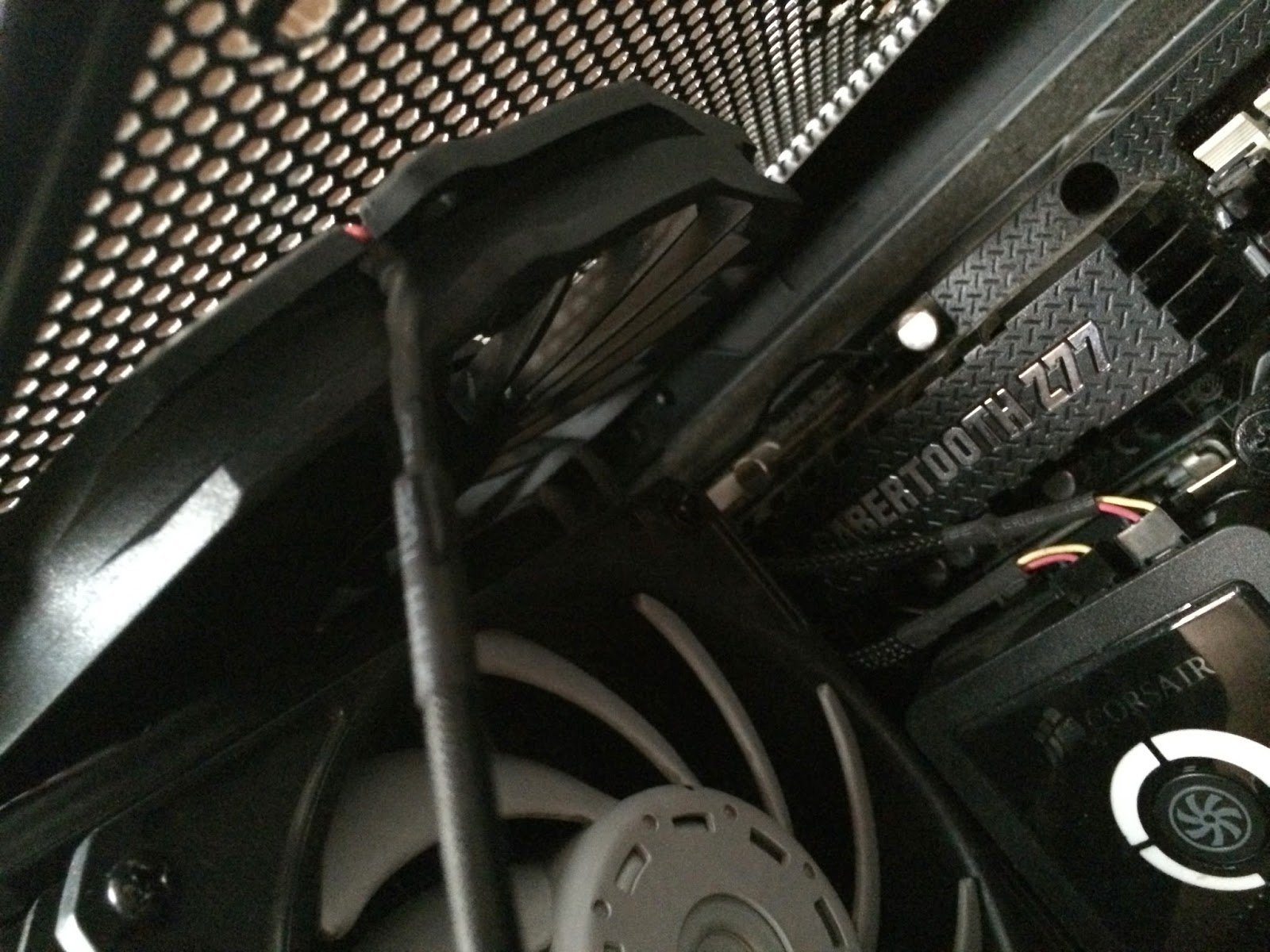 Slim fans on the other hand, is able to reach certain narrow spot without any issue.

The following configuration is our setup for the performance review:

The intake fan for this setup consists 2 pieces of Silverstone AP121 while the exhaust is the fans mounted on the H80 radiator made up of the following pairs with 12V supplied:

CPU stress test is conducted using the Prime95 with the option ‘In-place large FFTs’ for maximum heat output from the CPU itself and the room temperature where the test is conducted varies from 30ºC to 33ºC. The stress test is done repeatedly for a more accurate result as we’re experiencing climate changes during the test and the the numbers we’re getting is very uneven. As result, the test too almost 2 month before the final result is concluded. The graphs below shows the final result of the rally of our test carried out throughout these 2 months: 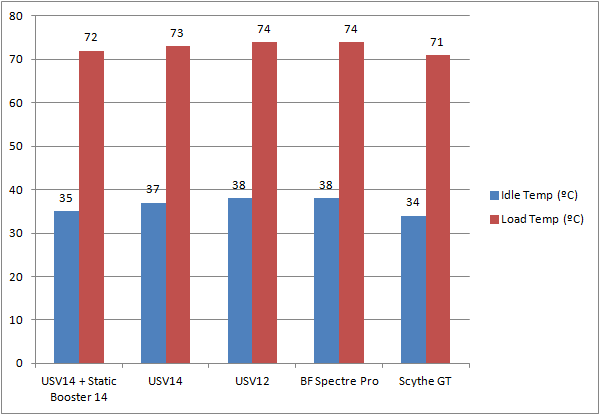 Despite of being slimmer in size, the Ultra Sleek Vortex fans from Prolimatech performs exceptionally well, much better than we have expected.

With the Static Booster 14 installed, we’re able to achieve a result which is very near to the Scythe Gentle Typhoon AP-15 by difference of 1 ºC. Without the Static Booster 14, the USV14 is displaying a lower performance by 2 ºC different while idle and 1 ºC while on load.

As for the USV12, we’re really surprised as it is able to be on par with the Bitfenix Spectre Pro 120mm. We’re curious to know what will the result be if there’s a Static Booster 12 for the USV12. Much impressive performance from Prolimatech, wow.

Both USV14 and USV12 performed exceptionally well throughout the review. Even though there’s some design issues which slightly affect the compatibility, still there’s no doubts that the Prolimatech Ultra Sleek Vortex fans is one of the best slim type fan that we’ve came across so far.