Corsair SP Series and AF Series Round Up 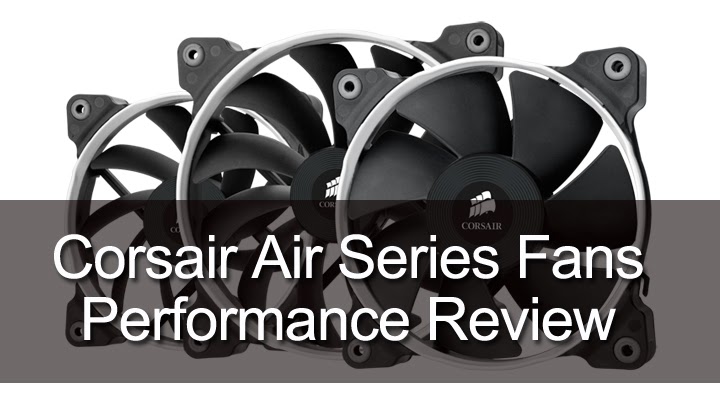 If you’re planning to go for an upgrade for your self-contained liquid cooler and Corsair is happens to be in your list, you came to the right place at the right time to make the right decision.

Before going into detail on the fans, let us see the configuration of our test rig:

The Cooler Master Nepton 140XL is our choice of self-contained liquid cooler because it’s the only cooler in its category with both 120mm & 140mm fans supported. Now to the contenders: 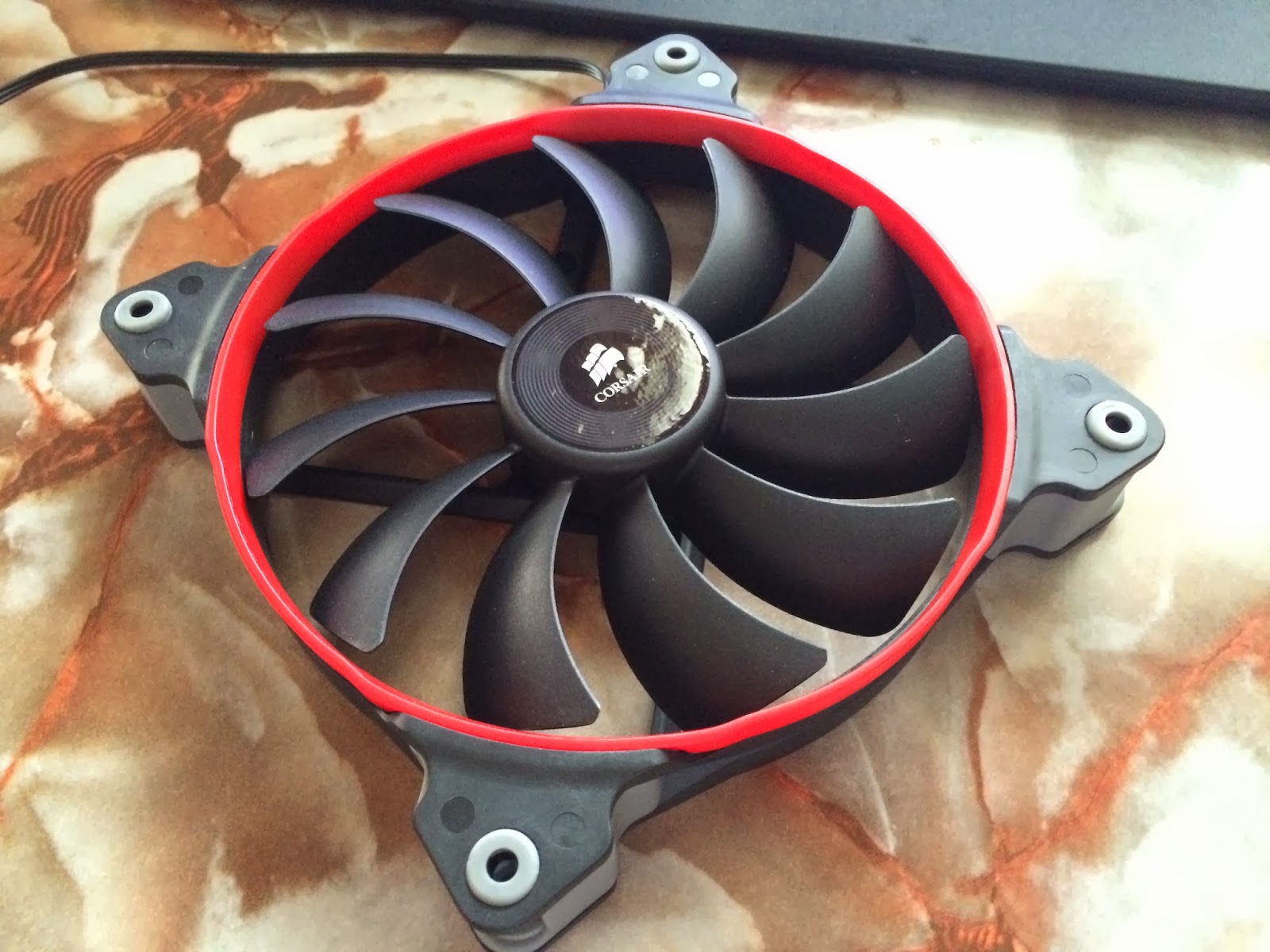 The AF140 is specially designed as exhaust fan to remove heat from your system. The rated airflow and static pressure seems pretty decent. Will it do good as a radiator fan with its 11 fan blades? 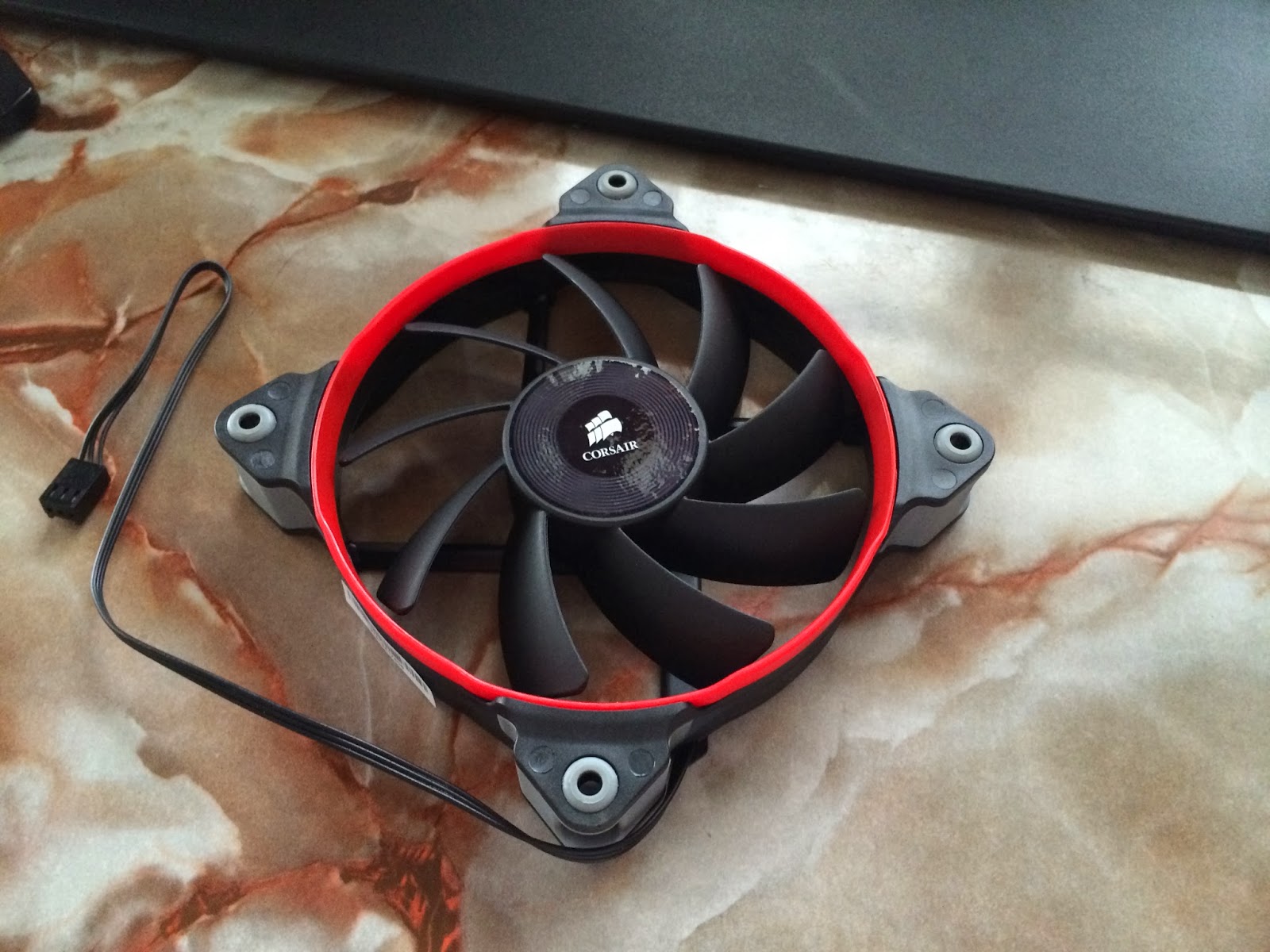 The younger brother of AF140, similar in design but with lesser amount of airflow and a slightly higher static pressure. The quiet edition of the AF120. Having almost halve of the airflow and static pressure of the high performance edition, it seems to be a nay before the competition has even started. (Or not?) 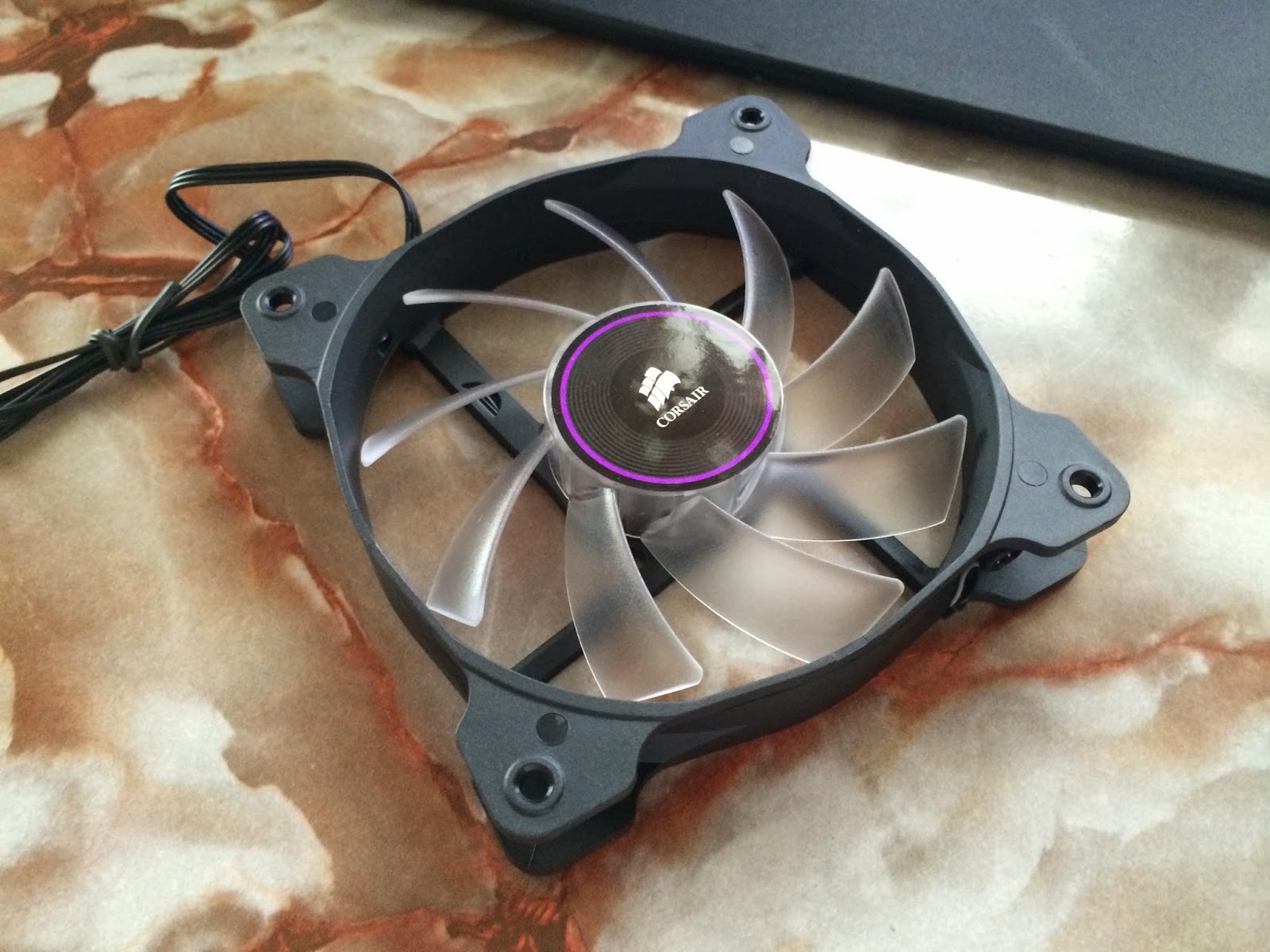 Up next we have a new LED version of the AF120 Quiet Edition, it has a higher static pressure and airflow compared to the non-LED version. Everything seems to be a win, except that it doesn’t comes with any option for interchangeable color rings. 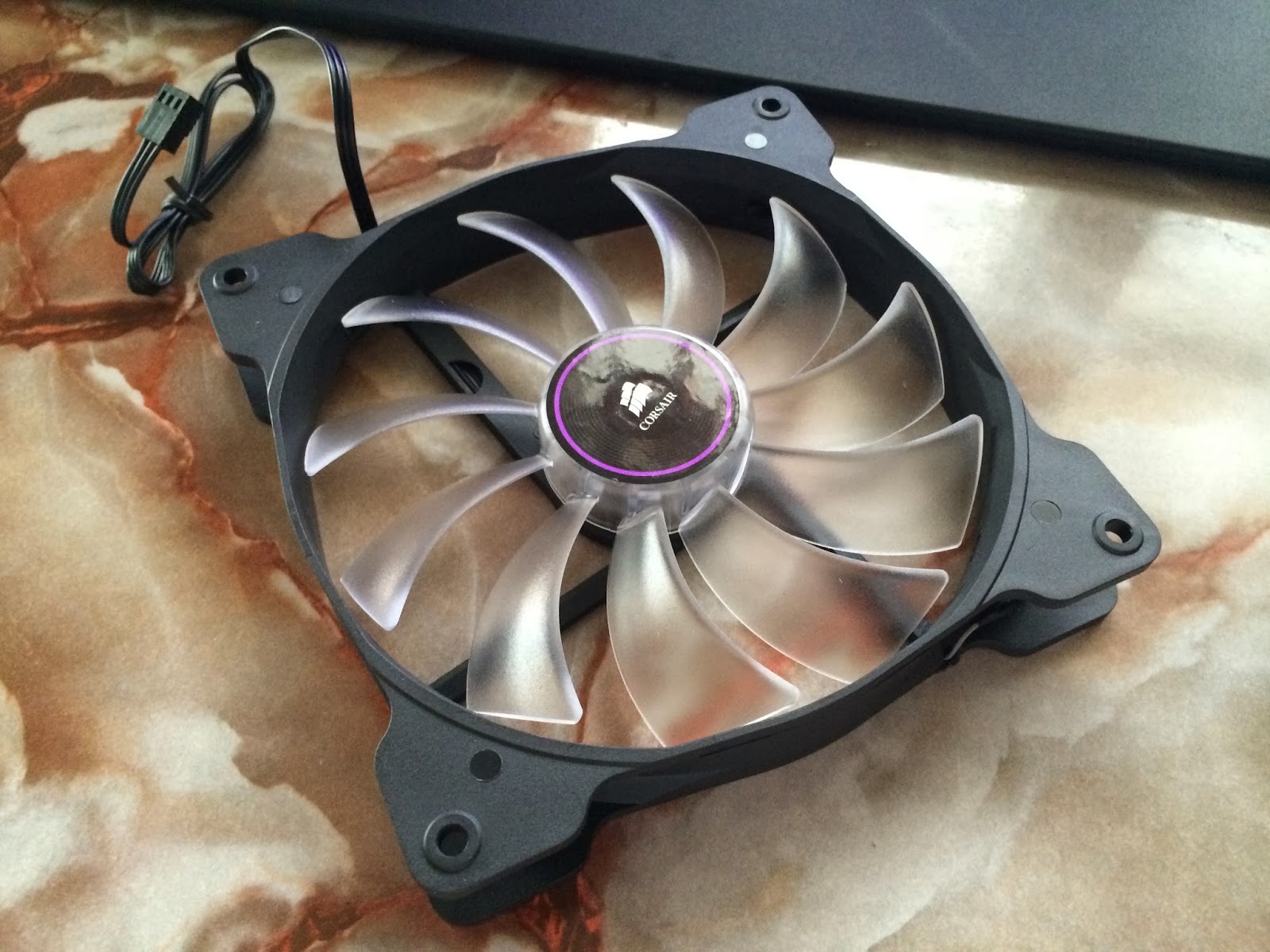 Everything on the AF140 Quiet Edition LED is pretty much similar to the non-LED version, but the cost of each is much cheaper. Just like the AF120 LED version, the AF140 LED version doesn’t comes with any option for interchangeable color rings as well. 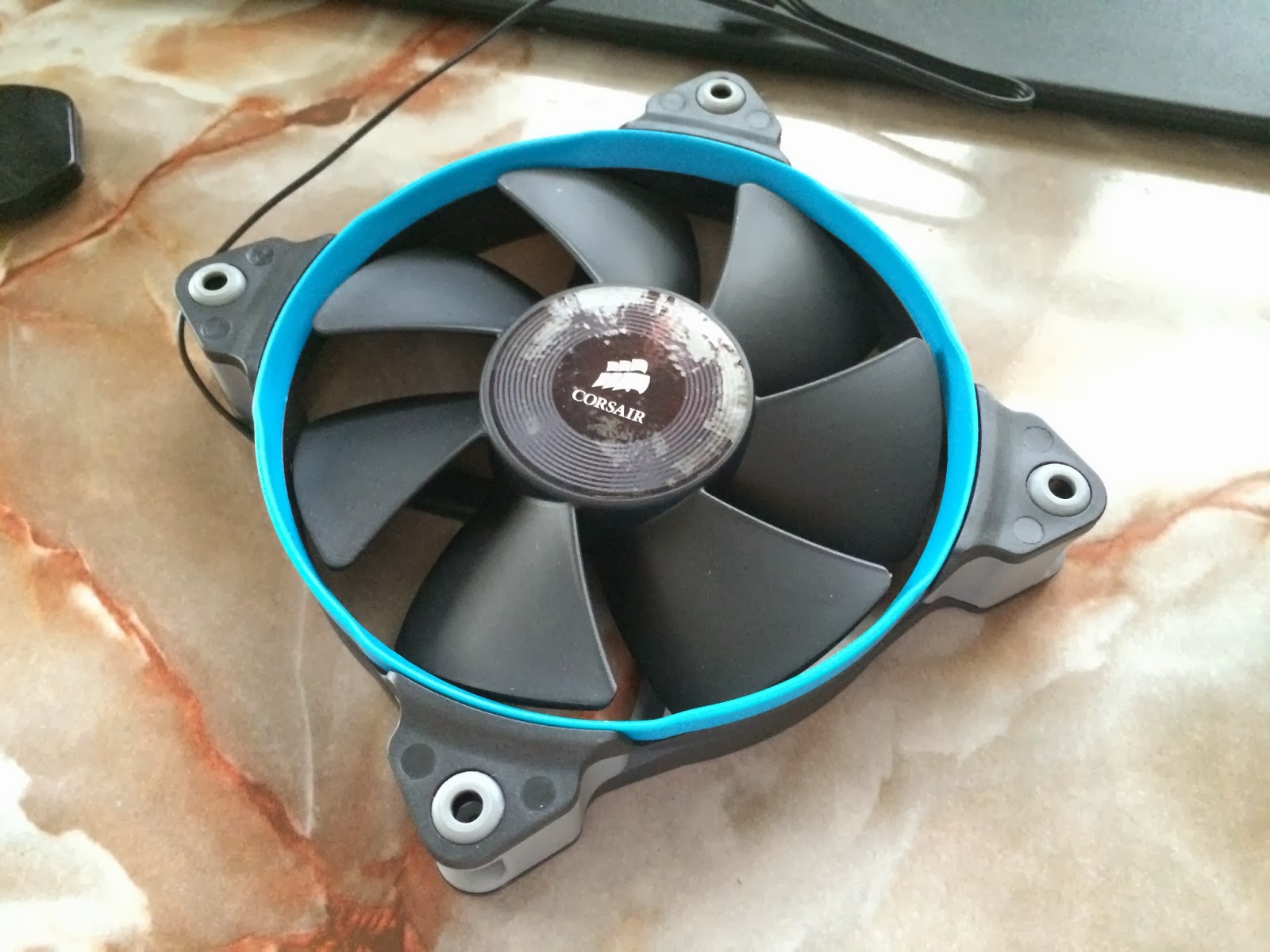 The SP120 has been designed as a radiator fan as from the beginning. With an outstanding static pressure of 3.1 mm H2O, there’s no doubt that it will own pretty much any fan that stands in its way. 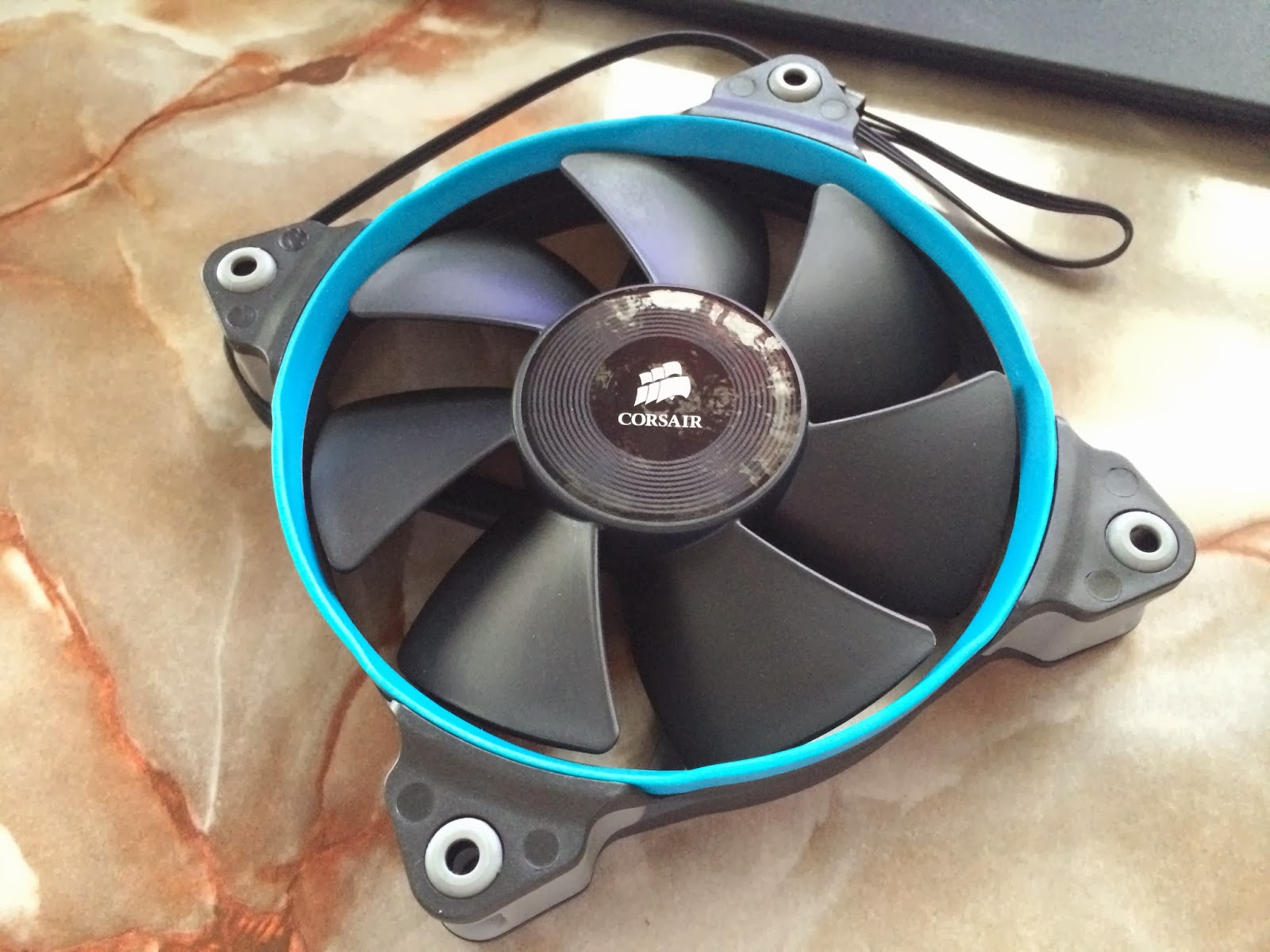 From the details we have observed, the quiet edition of the SP120 is pretty much a high performance SP120 has its power reduced in half. 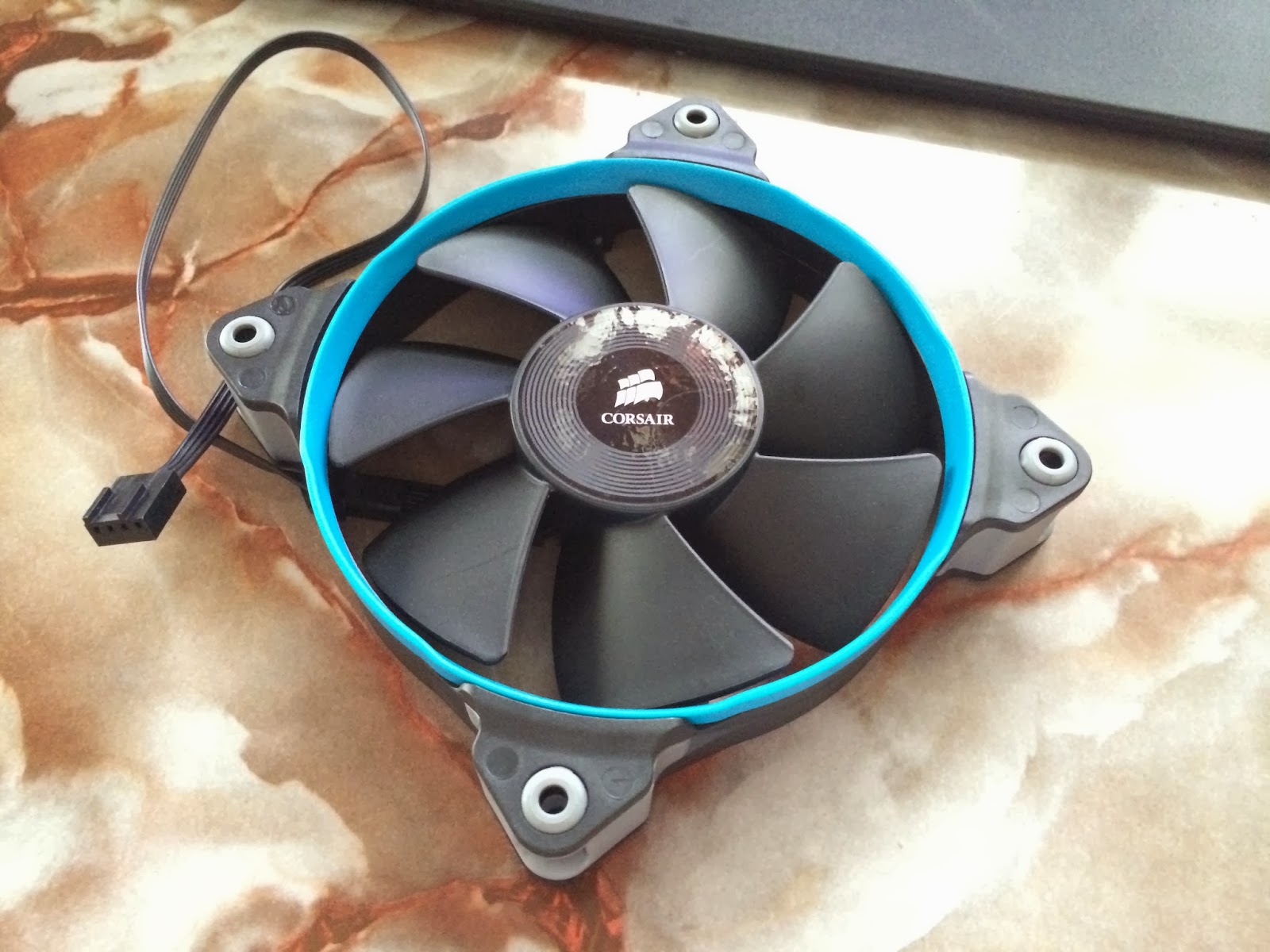 The PWM version of the SP120 has the ability to adjust the fan rotational speed (RPM), providing an adequate cooling performance compared to non-PWM fans.

Last but not least, the interchangeable color rings that comes with every Corsair Air Series fans (except for LED versions).

We will perform a stress test on the CPU using prime95 with the option for maximum heat output when the CPU is running at 100% full load. The ambient temperature of the room is 28ºC during the entire session and the system is left idle for half an hour after a different fan is installed so it could reach a consistent idle temperature.

The result is presented in the graph above and we can clearly see that the AF120 and AF140 isn’t doing really well as radiator fan, going any higher with the clock will result in hitting TJMax and the safety features on the CPU itself throttled down its performance.

The SP120 is doing pretty well on the other hand, being able to keep up with a 140mm JetFlo with rated static pressure of 0.7~3.5 mm H2O ± 10%. As for the noise level, both SP120 high performance edition is giving much noise during operation but at least it’s doing better than the Cooler Master Nepton 140XL stock fan.

The quiet edition SP120 definitely nailed it for being a balanced performer with a near dead silent performance, pretty much a clear winner in this race if balance between noise and performance is taken into account.

Static pressure plays a much important role compared to the airflow when it comes to radiator fans as it will helps to push air through narrow area such as the cooling fins on a heatsink or radiators. A simpler way to this is that high static pressure fan is able to maintain its air production in the presence of an obstacle – heatsink and radiator.

Corsair AF140 and AF120 fans was meant to be used as case fans to maintain good airflow in your chassis – the result pretty much proven this and it’s best to keep it that way. Specially designed to perform as a radiator fan, we wasn’t surprise that the Corsair SP120 is doing better than the Corsair AF140 and AF120. Available in PWM edition, high performance edition and quiet edition, it’s all up to your preference: whether you’re aiming for a quiet PC or just pure performance.

Other than performance, the interchangeable color rings included gives an additional point in appearance to the Corsair Air Series fans as we haven’t bumped into any other fans that offer this feature. The price tag of 125.00 MYR – 136.00 MYR might burn a hole in your wallet but for what it has to offer compared to other competitors, it’s definitely something worth considering.

Corsair SP120 fans is definitely a good to go radiator fan and we have nothing to complain in overall except for its higher price tag. Without a doubt, we’re awarding the Corsair SP120 fans with our Silver Award and Recommended Award.